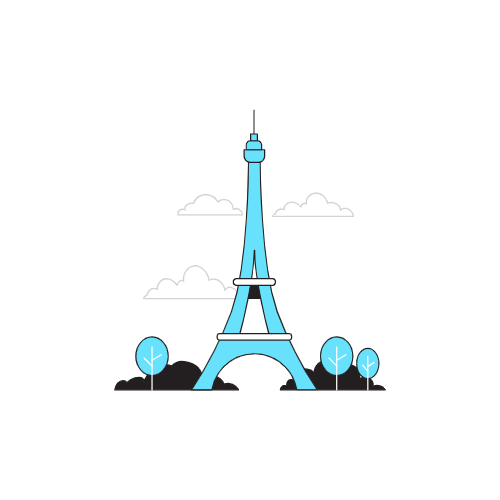 Bounded by the Atlantic Ocean and the Mediterranean Sea, France is renowned for its wines and sophisticated cuisine. As one of the five permanent members of the UN Security Council, France wields considerable power over worldly affairs. The country is also an economic powerhouse with its $2.72 trillion (USD) dollar economy, and is home to some of Europe’s largest banks such as BNP Paribas and Société Générale. From startups that transform insects into a high-quality natural diet to those that provide an online marketplace for DIY and gardening products, France’s magnifique startup ecosystem is worth exploring.

The analysis is based on data from Crunchbase, and overall, 53 startups have been analysed. Startups considered for this analysis are unlisted non-government entities that have raised more than $100 million (USD) of capital to date. The estimated revenue range was available for 43 startups.

Almost half the startups are fairly young, having been founded between 2011 and 2019. Of the 53 startups, 36 of them have raised funds within 1 to 5 rounds, while the rest have within 6 to 10 rounds. Founded in 2011, Ynsect operates insect bio-refineries that are used for mass-scale insect breeding. The bio-refineries farm and transform insects into a high-quality natural diet for livestock and pet nutrition. The startup also cultivates two species of mealworm: the Buffalo mealworm and the Molitor mealworm, which were deemed to be safe for human consumption by the European Food Safety Authority (EFSA). The startup has raised close to $400 million (USD) in ten funding rounds and is backed by the European Commission, Bpifrance, Astanor Ventures, Future Positive Capital, among others.

The health care sector tops the list, attracting 24% of the funds or $3.89 billion (USD) and is tied for a distant fourth place along with the communication services sector in terms of the number of startups. Laboratory services alone has captured 78% of the funds flowing to this sector. Founded in 1991, Biogroup offers laboratory services, including various daily routine and specialized examinations. The startup is backed by Andera Partners, Access Capital Partners, Idinvest Partners and Naxicap Partners.

DNA Script is a biotechnology startup that develops an enzymatic DNA synthesis platform designed to facilitate genome-scale synthesis. Founded in 2014, the startup has raised $112.6 million (USD) in seven funding rounds.

Close to 19% of the funds or $3.1 billion (USD) has flowed to the information technology sector, and the sector is home to an identical percentage of startups. Business/productivity software and systems & information management are the two prominent industries in this sector, attracting 74% of the funds flowing to this sector.

Founded in 2006, BlaBlaCar is a mobile carpooling application that connects people looking to travel long distances with drivers heading the same way. The Paris-based startup has raised $563.5 million (USD) from investors such as Accel, Insight Partners, and Lead Edge Capital. Shift is a cloud-based data security platform that improves the insurance claims process. Using an AI-based fraud detection tool, which analyses hundreds of millions of claims to identify potential fraud, the startup helps fraud handlers scale their capacity and improve the efficiency of claims processing. The startup has raised $320 million (USD) , with a majority of it coming from its recent Series D round, where it raised $220 million (USD). Meero is a unique startup that provides an on-demand photography platform by leveraging artificial intelligence. Founded in 2016, the startup has raised $293.4 million (USD) in seven funding rounds.

The consumer discretionary sector is home to 17% of the startups and has attracted $2.13 billion (USD) or 13% of the funds. The two prominent industries in this sector are speciality retail and other services (B2C non-financial). Given the heightened awareness about sustainability, Back Market offers an avenue for consumers to shop for refurbished goods. The startup is an online refurbished goods marketplace that promotes the use and sale of refurbished products. The marketplace connects consumers and businesses with professional sellers to acquire certified electronic devices such as smartphones and tablets. Back Market has raised $511 million (USD), with a majority of it coming from its recent Series D round, where it was valued at $2.9 billion (USD). Founded in 2013, ManoMano is an online marketplace for DIY and gardening products that connects people directly to home improvement and gardening merchants. The marketplace has a wide variety of products ranging from wood-burning stoves to aquarium accessories. The startup has raised $350.5 million (USD) from investors such as General Atlantic, Temasek Holdings, Bpifrance, among others.

Overall, French startups have raised a staggering $16.1 billion (USD), with funding and the number of startups heavily skewed towards the country’s capital-Paris. In terms of the latest funding round, debt financing is the most favoured mode with $5.7 billion (USD), followed by Series D with $2.4 billion (USD) and private equity with $2 billion (USD). Thirty-three startups have an estimated revenue range of less than or equal to $50 million (USD). In stark contrast to other developed nations such as Japan, South Korea, and Canada, where the information technology or the consumer discretionary sector attracted the highest amount of funding, in the case of France, it is the health care sector.

Komal Pattanayak - December 17, 2020
Breaking News
San Diego-based ClickUp, the only productivity platform that replaces all other workplace apps across an organization, raised US$ 100 million in Series B round. The...