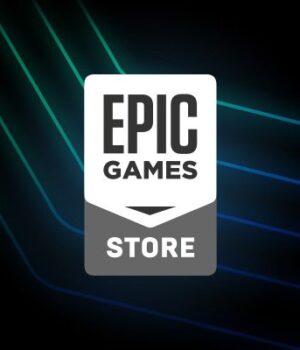 Epic Games, the maker of Fortnite, one of the most popular games on the planet with 350 million registered users and 80 million monthly active players, has made a slew of acquisitions in the past few years. Which companies has it acquired? Which sectors do they belong to? Where are these companies based?

Let’s dive into the ninth edition of Add to Cart and analyse Epic Games’ acquisitions.

Bonus: Check out the full list of Epic Games’ acquisitions!

The analysis is based on data from Crunchbase. The startups have been classified according to various industries based on data from Pitchbook, and the sector classification is based on Global Industry Classification Standard (GICS). The sector classification is subjective and has been made considering the sector/industry that the startups closely resemble. A total of 17 acquisitions have been considered for this analysis, and this is by no means an exhaustive list of all the companies that Epic Games has acquired over the years.

Founded in 1991, Epic Games is an American video game and software developer based in the state of North Carolina. Through its various offerings, such as the Unreal Engine, Epic Games Store, and Epic Online Services, Epic provides an end-to-end digital ecosystem for developers and creators to build, distribute, and operate games and other content. The company has raised an astounding US$7.1 billion to date, of which US$3 billion was in the past year alone. Epic’s latest round saw participation from Sony and Kirkbi, each investing US$1 billion, pushing the company’s valuation to US$31.5 billion. The cash infusion will help Epic pursue its dream to build a metaverse.

Epic Games acquisitions span the globe, from North America to Central Europe. Close to 35% of Epic’s acquisitions are in the US, followed by 24% in the UK and 12% in Canada. The rest- France, Serbia, Slovakia, Finland and Sweden, each account for 6% of the acquisitions.

The Fortnite maker’s acquisitions are concentrated in the communication services sector, which accounts for 76% of the total. Startups in this section had a median age of 11yrs at the time of acquisition.

Announced on Mar 2nd, 2022, Bandcamp is Epic’s most recent acquisition. Based in Oakland, California, Bandcamp is an online music store and community where users can discover, connect with, and directly support the independent musicians they love. In a blog post, Co-Founder and CEO Ethan Diamond claimed that Bandcamp will keep operating as a standalone marketplace and music community and that he’ll continue to lead the team. The company assured its users that it would continue to be artist-centric (artists net an average of 82% of every sale) while expanding internationally and pushing developments across mobile apps, live streaming, payment systems, and more.

The acquisition of Harmonix, developer of music-oriented video games such as Rock Band and Dance Central, was announced in Nov 2021. The company has more than 26yrs of experience in creating fun and engaging music experiences designed for everyone to enjoy. Epic wishes to harness this expertise to reimagine how music is experienced, created and distributed in the metaverse. Harmonix will closely collaborate with Epic to develop musical journeys and gameplay for Fortnite while continuing to support existing titles, including Rock Band 4.

Canadian startup, ArtStation, is a platform where creators from industries such as games, media and entertainment can develop and share their portfolios and post and discover job opportunities. The acquisition was announced in Apr 2021. Epic’s plans for ArtStation include:

The information technology sector accounts for 24% of the acquisitions. Startups in this sector had a median age of 4yrs at the time of acquisition.

Founded in 1988, RAD Game Tools is a Washington-based maker of game development tools. RAD claims that at least one of its products is built into almost every video game made today, appearing in more than 24,600 games. Epic acquired the company in Jan 2021.

On Sep 25th, 2020, Epic announced the acquisition of SuperAwesome, which gives developers the tools to create safer digital experiences for younger audiences. The London-based startup is trusted by more than 300 top brands, including LEGO, NBC Universal and Hasbro, to power safe digital engagement for more than 500 million kids every month across a variety of mediums. Together with SuperAwesome, Epic aims to further its mission of making the internet a safer place for kids.

Epic Games has made 17 acquisitions across eight countries. The top three countries-the US, the UK and Canada, together account for 71% of the acquisitions. Canada has some of the youngest startups with a median age of 8yrs, while the US has some of the oldest, at 16.5yrs. Given that Epic belongs to the communication services sector, most of its acquisitions (76%) are also from the same sector. Bucking the trend of heightened M&A activity in 2021, Epic’s acquisitions peaked in 2019 and have been on a downtrend ever since, briefly rising to five acquisitions in 2021. With its recent US$2 billion infusion, Epic may acquire more companies, given the depressed valuations in the current environment.

What is digital marketing exactly?