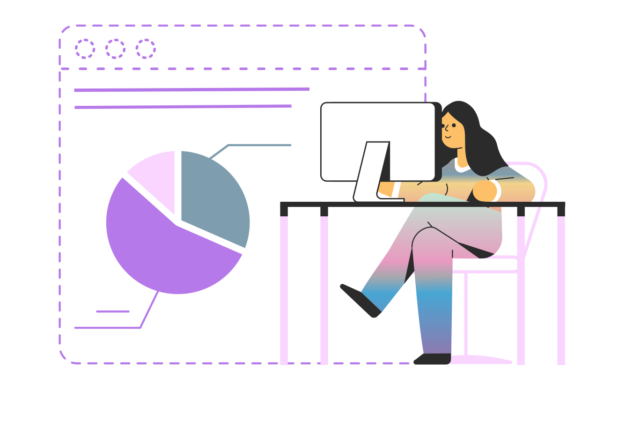 The pandemic has been an inflexion point for the edtech industry since schools and colleges were closed for the past one year, teachers and students alike had to embrace the online medium for continued learning. In response to the growing demand for edtech products, startups have scaled up their infrastructure and are expanding their offerings to cater to underserved segments. According to ‘The Great Un-Lockdown: Indian Edtech’, a report by Indian Private Equity and Venture Capital Association (IVCA) and PGA Labs, the Indian education sector is a $117 billion (USD) market which is expected to grow 2x to $225 billion (USD) by FY2025. The edtech market, which can be divided into five sub-segments: pre-K, K-12 and test preparation, higher education, continued learning, and B2B edtech, has seen increased investor activity in the past year. Indian edtech startups have attracted investments worth $2.22 billion (USD) in 2020, a fourfold jump from their level in 2019. Edtech giants Byju’s and Unacademy are the largest players in this segment, having raised $2.3 billion (USD) and $398.5 million (USD), respectively. Can the edtech unicorn- Unacademy dethrone the decacorn- Byju’s? What opportunities lie ahead, and what challenges do they face? Will online learning fade away once the pandemic ends?

The Bengaluru-based startup was born out of a hobby when founder-Gaurav Munjal started offering Java coding classes on YouTube while still an engineering student. Five years later, in 2015, Munjal, along with co-founders Roman Saini and Hemesh Singh, registered Unacademy as a brand in 2015 under the parent company Sorting Hat Technologies Pvt. The startup has grown by leaps and bounds since then:

Unacademy offers pre-recorded videos and live-class sessions where students can clear their doubts with their instructors or exchange notes with each other. Courses are priced anywhere between $20 (USD) a month for government-owned bank exams prep and $150 (USD) a month for entrance exams prep for top tier engineering colleges. Unacademy has also ventured into other unique segments offering chess tutorials and pastry-making classes. ‘Legends on Unacademy’ is a popular programme where well-known personalities such as IMF’s Gita Gopinath and Shark Tank’s Kevin O’ Leary take live classes on life lessons. The pandemic accelerated the startup’s growth helping it achieve its goals 6-7 months earlier than expected. Between February and November last year, Unacademy’s valuation increased fourfold from $500 million (USD) to $2 billion (USD), and the startup expects to earn annual recurring revenue of $300 million (USD) in the near future. Earlier this year, major investors such as Tiger Global Management, Steadview Capital, Dragoneer Investment Group and General Atlantic doubled down on their investment in Unacademy by acquiring additional shares worth $50 million (USD) from early investors in the startup.

Ever since the pandemic began, Unacademy has been on an acquisition spree, with 6 of the 9 acquisitions happening in 2020 alone. Bengaluru-based startup TapChief, a professional networking and future of work platform, is one of Unacademy’s most recent acquisitions. By leveraging a host of technology solutions, TapChief empowers professionals to learn from experts and work with businesses from across the globe. The platform has 150k+ registered professionals who use it to collaborate with experts from their chosen domains and take up short-term professional projects. In Dec 2020, Unacademy acquired the online education platform- NeoStencil to increase its footprint in the nation’s Tier II and III cities. Founded in 2014 by Kush Beejal and Love Beejal, the startup offers 500+ courses to nearly 1.1 million students.

The Byju Raveendran-led startup was founded in 2011 and was named one of Time’s 100 most influential firms. Valued at $13 billion (USD), it is one of India’s prominent decacorns (startups valued at more than USD 10 billion). Byju’s is the largest player in this segment:

Once the pandemic induced lockdown began, the edtech decacorn’s website experienced a 52% increase in the number of views from 14.37 million in Mar 2020 to 21.93 million in May of the same year. According to BofA Global Research, the startup garnered 6 million new users in the month of April 2020, and there was also a spike in usage, which went up by 2-3 times in a week. Given the opportune moment, Raveendran made two important decisions:

In Mar 2021, Byju’s raised $460 million (USD) in Series F funding led by MC Global Edtech Investment Holdings LP, which invested $224 million (USD), according to Entrackr.  Post this round, the collective holding of the promoters’ group, which includes the founder and family, has been diluted to 26.09%. The startup is looking to rapidly expand overseas with the launch of ‘Byju’s Future School’, a 1:1 live online learning platform that will be available in the UK, US, Brazil, Indonesia, Mexico and Australia in May this year. At present, the platform offers coding and Math with more subjects such as English, science, music and fine arts said to be in development. Byju’s is also looking to enter other segments and expand its offerings:

The edtech giant’s largest acquisition to date has been that of Aakash Educational Services for $1 billion (USD) in April this year. With more than three decades of experience in the test prep space, Aakash is one of the leading educational institutions in India. The New Delhi-based company has over 215 centres and caters to more than 250k students, and offers test preparatory services ranging from school-level exams to engineering and medical entrance exams. The institute is said to have an annual turnover of about Rs 1,200 crore (~ USD 164 million).   WhiteHat Jr, which the edtech giant acquired for $300 million (USD) in August last year, is one of Byju’s most controversial acquisitions. WhiteHat Jr (WHJ) is an online live teaching platform that helps kids learn coding by teaching them about the fundamentals of coding, structure, sequence, logic, and algorithmic thinking. The startup quickly ran into trouble when it ran ads that showed a child named ‘Wolf Gupta’, who, upon learning to code with the WHJ, got a job at Google that pays in millions. WHJ’s founder-Karan Bajaj has since taken note of the incident and has admitted that the recent advertising may have been off-point.

Increased focus on self-paced learning, better awareness and accessibility of tools, and the idea of continuous learning through professional education courses has shaped the edtech industry in India. With Unacademy and Byju’s basking in the glory of their success, the million-dollar question is what happens once the pandemic ends? Will they continue to grow at their current pace? The pandemic has changed the perception of the parents towards the online medium. Parents who used to believe that the online medium was only for entertainment have now realized that it can also be used for learning. While studies on the efficacy of the online medium for school teaching are still emerging, remedial and supplemental learning are expected to grow even after the schools reopen.