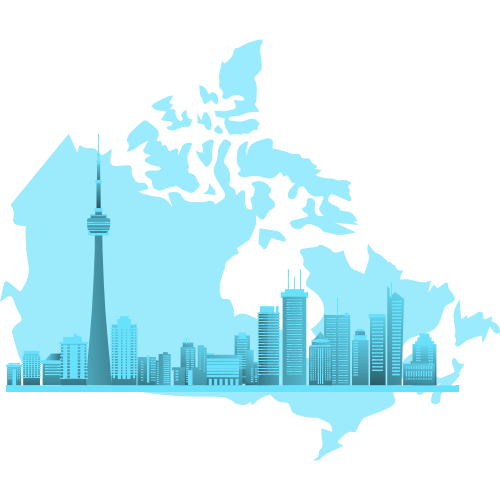 Canada is the second-largest country in terms of landmass and the ninth-largest in terms of nominal GDP. Despite its size, the country is sparsely populated as almost half of the mainland is covered with forests. The US$1.74 trillion economy is dominated by the private sector and is primarily services-based. The service sector employs more people than all other sectors combined, with tourism being the fastest-growing segment. Canada is rich in mineral resources such as uranium, zinc and titanium, to name a few. From startups that are at the centre of the NFT craze to startups that offer a unique online storytelling community, the land of Maple syrup has a rich and thriving startup ecosystem worth exploring.

The analysis is based on data from Crunchbase, and overall, 72 startups have been analysed. Startups considered for this analysis are unlisted non-government entities that have raised more than $100 million (USD) of capital to date. The analysis also includes operating subsidiaries of private/public companies. The estimated revenue range was available for 64 startups.

Ontario-based startups top the list in terms of funding and the number of startups. The second-largest province in Canada is home to 29 startups that have collectively raised more than $6.1 billion (USD). The predominantly French-speaking province of Quebec is ranked second both in terms of the number of startups (22%) and the total funding (27%). Quebec-based startups have in total raised $4.6 billion (USD). The provinces of British Columbia and Alberta together constitute 36% of the startups and 35% of the funding.

Information Technology startups have collectively raised $3.6 billion (USD), with more than half of the funding going towards startups in the Business/Productivity Software industry (USD 1.9 billion). Startups in the Systems & Information Management industry (USD 430 million) and Computer, Parts & Peripherals (USD 216 million) have together attracted 18% of the funds flowing to this sector. Founded in 2017, Dapper Labs offers an online platform for games built upon blockchain technology. Dapper Labs is the startup behind CryptoKitties- a blockchain-based game where players breed and trade digital cats and NBA Top Shot- a platform for trading digital basketball cards. To date, the startup has raised more than $357 million (USD) in six funding rounds. Dapper Lab’s latest funding round was a Venture Round in March 2021, led by Coatue, where it raised $305 million (USD).

British Columbia-based Clio is a unique startup that offers a cloud-based practice management platform designed to provide legal client management remedies. The platform accelerates the process of billing, tracking and client communication to help clients manage their cases without any hassles. The startup has raised $276 million (USD) from investors such as Bessemer Venture Partners, Acton Capital, among others.

Startups in the Industrials sector have collectively raised $2.7 billion (USD), with Consulting Services (B2B) and Environmental Services (B2B) being the most prominent industries. Together, startups in these two industries have attracted $1.6 billion (USD) or 61% of the funds flowing to this sector. Navacord, founded in 2014, is an Ontario-based startup that offers insurance broking services. The startup provides risk management and consulting services allowing clients to access the expertise of a national brokerage. The startup, which has raised a staggering $832 million (USD), was acquired by Madison Dearborn Partners through a management buyout in July 2018.

Founded in 2000, Enerkem produces clean fuels and green chemicals from waste intended to offer renewable methanol and ethanol. The startup’s patented technology chemically recycles the carbon contained in non-recyclable waste and converts this into a pure synthesis gas which is then converted into biofuels. Enerkem has raised $655 million (USD) to date, with its latest round being a Corporate Round in April 2019, where it raised $76 million (USD).

Energy sector startups have raised $2.3 billion (USD), with the Energy Production industry accounting for 63% of it. The other two industries in this sector are Energy Infrastructure and Energy Exploration which have raised $837 million (USD). Osum is an Alberta-based startup that offers thermal development, exploring and extracting services of heavy oil and bitumen.  The startup, which was founded in 2005, has raised more than $762 million (USD) from prominent investors like the Blackstone Group, Warburg Pincus and Azimuth Capital Management. Founded in 2014, CSV Midstream Solutions is an operator of a midstream natural gas and liquids infrastructure startup that has raised $500 million (USD) to date. Northleaf Capital Partners acquired the startup through a leveraged buyout in Jun 2019.