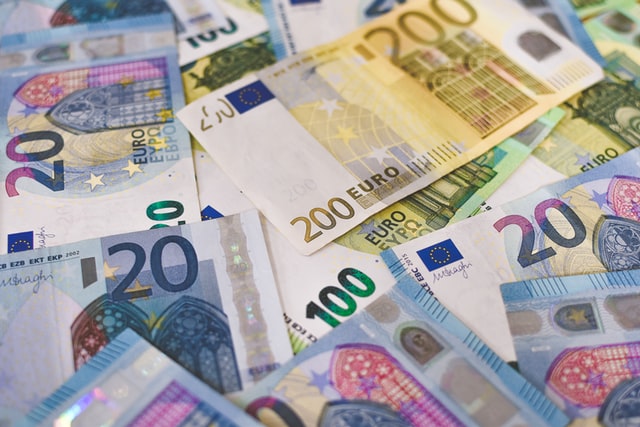 In the wake of the coronavirus pandemic, governments across the world rushed to support companies and citizens, pushing global debt to unprecedented levels.  By the end of last year, global debt reached an all-time high of $281 trillion (USD) or more than 355% of global GDP, according to the Institute of International Finance. With the global debt tsunami upon us, deficit debate has heated up among politicians and pundits alike, but this time, inflation has replaced debt as the primary concern, which augurs well for the Modern Monetary Theory (MMT).

What if the government could eliminate unemployment while simultaneously keeping inflation under control? That’s basically what MMT aims to do. The theory states that as long as the government prints and manages its own money and doesn’t have debt issued in the currency of another country, the country need not worry about running out of money. MMT aims to shift the focus away from the deficit and focus on inflation instead.

Though the origins of MMT as a distinct school of economics can be traced back to the 1990s, it rose to prominence when economist Stephanie Kelton released her book ‘The Deficit Myth’ in Jun 2020. Kelton was the chief economic adviser to US senator Bernie Sanders when he ran for the Democratic nomination in 2016. Before that she was the chief economist on the US Senate Budget Committee. The theory has been built on the ideas of Adam Smith, John Maynard Keynes, Hyman Minsky, Abba Lerner, Bill Mitchell, to name a few.

By stating that the fiat currency is a social construct, MMT points to the fact that there are no fiscal limits on how much a sovereign currency-issuing nation can spend. While countries such as Germany, which uses the euro and a country’s local governments, have to maintain a balanced budget, federal governments of sovereign currency-issuing nations can afford to be in the red. MMT posits that federal deficits are good and necessary for the economy as it equates to a private sector surplus, injecting money into the economy. In contrast, government surpluses are frowned upon as it takes the money out of the economy.

In the existing system, governments tax individuals and companies to fund its own spending, but MMT reorients the sequence from taxing and borrowing, then spending, to simply spending first. In MMT’s viewpoint, taxes exist for two main reasons:

The US Federal Reserve is tasked with controlling the rate of inflation, generally keeping it stable at around 2%. To do that, the bank uses Non-Accelerating Inflation Rate of Unemployment or NAIRU– level of unemployment below which the rate of inflation is expected to rise. So if the unemployment rate falls below the NAIRU, the Federal Reserve raises the interest rates to discourage borrowing, spending and therefore, employment. Kelton lambasted NAIRU saying that it relies on human suffering to fight inflation. Instead, Kelton proposes a federal job guarantee whereby anyone unemployed who wants to work either full- or part-time would be provided with a job by the government, and the job would be federally funded but locally administered. The job would pay $15 (USD) an hour and could, for example, involve taking care of the elderly or building roads, or working at daycares.  This would serve as an automatic stabilizer, increasing deficits during times of economic downturn as more people enrol in the federal jobs program and shrink during expansions as people recover and move back into the private sector.

MMT aims to move away from the current system where central banks use the monetary policy- modifying the money supply and tweaking interest rates to encourage or discourage borrowing/spending and completely hand over the reins to fiscal policy. MMT proponents believe that interest rates should be set to 0% and that the government’s borrowing program can be done away with. With the interest rates set at 0%, the condition of interest rate on debt being lesser than the economy’s growth rate will always be met. MMT proponents hold fiscal policy in  higher stead than the monetary policy, stating that trillions spent on a guaranteed jobs bill or higher tax rates can function in much the same way as tweaking interest rates.

Given that MMT radically changes the way we view fiscal deficits, taxes, currency, role of the central banks etc., it could take decades to gain mainstream acceptability. But what makes MMT unique is that it is popular among the younger generation who seek new solutions to the problems ailing our society. For a theory to gain acceptability, it is absolutely crucial that it simultaneously responds to economic crises and meets urgent political needs.