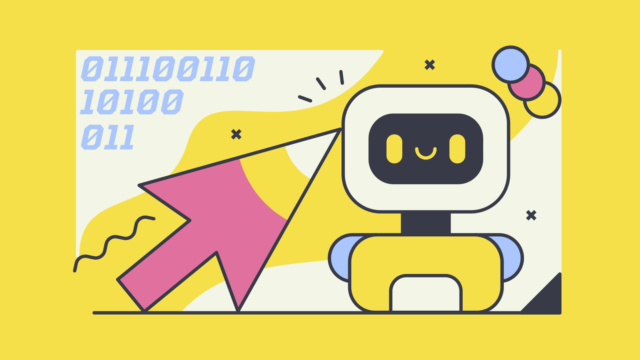 2020 proved to be the year that the world witnessed the disconnect between the stock market and the economy. After an initial fall in share prices during the early days of the pandemic, tech stocks surged, fueling a stock market rally driven by the work-from-home trend, among other changes in consumer behaviour. Tech startups realising the opportune moment decided to list themselves. 2020 was a blockbuster year for tech startups, with leading players in the industry such as Airbnb, DoorDash and Palantir all going public last year and Snowflake becoming the largest software IPO of all time. The analysis is primarily based on a Crunchbase article and is supported by additional information from Yahoo Finance and Pitchbook. Totally 24 companies have been analysed. The estimated revenue range was available for 22 companies, and the money raised during IPO was available for 23 companies.

Since the first quarter of 2020 was filled with uncertainty about the pandemic, startups were weary of listing, and the months of January and February just saw one IPO each. But as the markets adjusted to the new normal, many startups were ready to go public, with the Q2 numbers double that of Q1. The number of tech IPOs peaked in the third quarter, with 7 tech startups going public in September alone.

One Medical was the first tech startup to go public, listing on Jan 30th 2020. The San Francisco, US-based company is a membership-based health care platform. The company, which was valued at $1.7 billion (USD) during its IPO, generates revenue through software subscription from employers, health networks and insurers. One Medical listed at $14 (USD) and raised $245 million (USD).

The Business/Productivity Software industry is ranked no.1 in terms of the valuation of the companies (22%), money raised by the companies during their IPO (21%) and the total number of IPOs (29%). A majority of the $4.84 billion (USD) raised during the IPO has flowed towards three companies in this industry- Palantir, ZoomInfo and C3.ai. Palantir offers solutions for its clients to manage large disparate data sets to gain insights and drive operational outcomes. At the time of its IPO, the company had 125 clients, with its revenue split between commercial establishments and government institutions. The Colorado, US-based company raised $1.9 billion (USD) with an IPO share price of $7.25 (USD) at a valuation of $22 billion (USD). The stock has outperformed every other tech stock in this list, rising 3x times with a current share price of $22.58 (USD).

Massachusetts, US-based ZoomInfo went public in June 2020. The company provides a market intelligence platform for sales and marketing teams. The platform provides high-quality intelligence and analytics to the teams with accurate information and insights on the companies and professionals. The company raised $934.5 million (USD) during its IPO and was valued at $8.2 billion (USD). The share price has risen 2.5x times from the IPO share price of $21 (USD). Founded in 2009, C3.ai is an enterprise artificial intelligence company that raised $651 million (USD) during its IPO at a valuation of $9.6 billion (USD). The company’s software-as-a-service applications are designed to rapidly develop, deploy, and operate large-scale enterprise AI applications. It has three divisions-

The Database Software industry is ranked second in terms of the money raised during the IPO (17%) and fourth in terms of the valuation of the companies (15%). Snowflake and Kingsoft Cloud are the only two companies in this industry, and together, the companies have raised $3.91 billion (USD) during their IPO. California-US based Snowflake has raised the second-highest amount of money during its IPO- $3.4 billion (USD). Valued at a staggering $33.2 billion (USD), Snowflake is a data lake, warehousing, and sharing company with over 3,000 customers. The company’s data lake stores unstructured and semi-structured data that can then be used in analytics to create relevant insights. The company’s stock which was listed at $120 (USD), has grown 1.96x and was trading at $235 (USD) (closing price) as of March 26th, 2021.  Kingsoft Cloud, which went public on May 8th, 2020, is the only Chinese company on this list. Founded in 2012, the company is an independent cloud service provider in China. It offers a wide array of products and services, including cloud hard disk, relational database, cloud serve and virtual private network. The Beijing-based company listed at $17 (USD) and raised $510 million (USD) at a valuation of $3.7 billion (USD).

The Information Services (B2C) industry is ranked second in terms of valuation (20%) and is tied for third place with the Other Restaurants, Hotels and Leisure industry in terms of money raised during the IPO (15%). Airbnb, which went public towards the end of last year, was one of 2020s most highly anticipated IPOs. With 7.4 million global listings and 4 million hosts, Airbnb is the world’s largest online alternative accommodation travel agency. In 2019, the company’s Gross Booking Value was $38 billion (USD), in which it made $4.8 billion (USD) in revenue. The company, which has a presence in 100k cities across 220 countries, had more rooms than the top four hotel chains combined (2019). Airbnb suffered a serious setback during Q1 2020 when its monthly bookings which average around 20 million+, fell to a negative booking of 4.1 million (approx. -120% Y-o-Y) but the company quickly recovered, posting 19.5 million bookings in September 2020. Airbnb, which listed at $68 (USD), raised the highest amount during its IPO- $3.5 billion (USD) and was valued at $47 billion (USD). The hospitality giant’s share price has performed well, rising 2.56x since its IPO.

Founded in 2013, DoorDash is an online food delivery giant which went public in December 2020. The California, US-based company provides on-demand food delivery services and operates primarily in the US. The company is tied for second place with Snowflake in terms of the money raised during the IPO -$3.4 billion (USD). The company, which had an estimated revenue range between $1 billion (USD) to $10 billion (USD), listed at $102 (USD) and its stock has since grown 1.31 times.

Overall, the 24 tech IPOs raked in $23.11 billion (USD) and were worth an eye-watering $240.6 billion (USD) during their IPO. The increased appetite for tech stocks ensured the successful performance of stocks post their listing, with 80% of them growing more than 1x times since their stock market debut.  Half the companies had an estimated revenue range of $100M (USD) to $500M (USD), and more than 16% of them had an estimated revenue range of $1 billion (USD) to $10 billion (USD). A majority of the companies were aged between 10 and 19 years during the IPO. Airbnb raised the highest amount of money during its IPO and was also the highest valued company among those analysed. 2020 worked out well for these companies, but it remains to be seen if they’ll continue to be viewed favourably in the future.

Raghavendra Kudva - April 6, 2021
Breaking News
Quantum Platform, a Saudi based startup that provides a one-stop marketplace to acquire new customers, announced on 4th April 2021 that it has raised...

A guide to Series-C Funding

Series A Funding and How To Get It