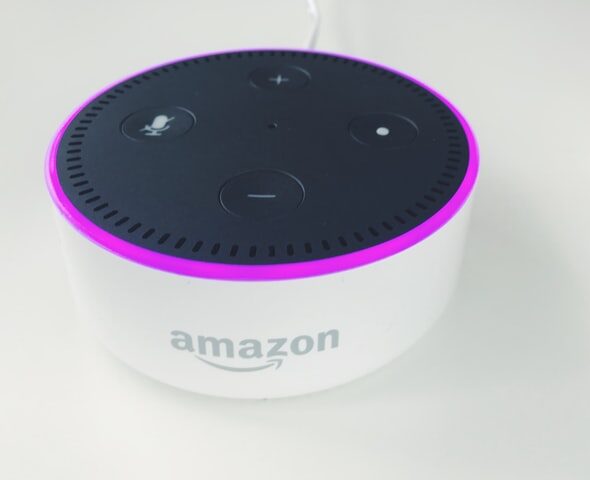 High-Stakes is a unique series that focuses on dissecting the investments of venture capital and private equity firms to gain insights into the portfolio of companies they’ve invested in, industries they focus on, and their investment process. In this edition of High-Stakes, we’ll be focusing on Amazon Alexa Fund.

Founded in 2015, a year after the debut of Amazon’s wildly successful Echo speaker, Amazon Alexa Fund is the corporate venture capital arm of Amazon. The Alexa Fund provides up to $200 million (USD) in venture capital funding to promote voice technology innovation. It has largely focused on early-stage startups operating in fields such as voice technology, artificial intelligence, healthcare, robotics, enterprise, internet of things, and frontier technology. Amazon Alexa Fund approaches startups and entrepreneurs at various stages in three unique ways –

The main objective of the venture capital arm is to extend and promote the Alexa platform. According to Pitchbook, the fund’s estimated average size of investment is in the range of $250k (USD) to $500k (USD).

The fellowship program sponsors a post-doctorate or PhD candidate in a university’s AI department or natural language lab.

Key members of the investment team:

The Kellogg School of Management grad joined Amazon in August 2013 as Director-Worldwide Corporate Development and worked on inorganic growth initiatives for Amazon’s Kindle and digital services and was later tasked with leading the venture capital arm in May 2015. He has vast diversified experience in various fields and has worked for Inrix as VP Market Development and Nokia as VP Strategy and Business Development.

Zain is a venture capital and growth equity investor with more than a decade of experience in consumer, enterprise and healthcare technology investing, business development, mergers & acquisitions, strategy and operations. In the past five years, Zain has sourced and led almost 30 Alexa Fund venture capital investments. He has also worked for prominent companies like Warburg Pincus and Goldman Sachs.

Kareem has been educated in some of the most prestigious educational institutions, having graduated from MIT with a degree in Master of Science in Electrical Engineering and MBA from Harvard Business School. Kareem currently serves as a venture investor for Amazon Alexa Fund.

Hanns, a University of Michigan grad, joined Amazon Alexa Fund this year after having spent five years as an investment director for iRobot Ventures, the corporate venture capital arm of iRobot. Hanns has invested in various startups such as Comfy, Escher Reality, Labrador Systems and Invisible AI to name a few.

A total of 102 investments across 83 startups have been considered for this analysis, and the analysis is based on data from Crunchbase. The startups included are those for which adequate information exists, and this is by no means an exhaustive list of all the investments made by Amazon Alexa Fund. The total funding raised indicates the total amount of funding raised by the startups from Amazon Alexa Fund and various other investors across the different rounds that Amazon Alexa Fund has participated in. The estimated revenue range was available for 64 of the 83 startups, and the funding amount was available for 69 of the 102 investments.

The industry classification is based on data from Pitchbook, and the sector classification is (classification of the startups are subjective and has been made considering the sector they closely resemble) based on Global Industry Classification Standard (GICS) developed by Morgan Stanley Capital International (MSCI) and Standard & Poor’s. According to GICS, startups are classified into 11 sectors, namely Energy, Materials, Industrials, Consumer Discretionary, Consumer Staples, Healthcare, Financials, Information Technology, Communication Services, Utilities and Real Estate.

Most of the startups (80%) that Alexa Fund has invested in are private and 14% of them have been acquired/merged (exits). The remaining 6% have either shut down or gone public. Founded in 2013, Scout Security is the only company that has gone public. The Chicago, US-based company sells the scout alarm, a self-installed, wireless home security system. It also sells Scout Indoor Camera, Scout Video Doorbell, and Motion Sensor, among others.

Half of all the funding (USD 957 million) has gone towards startups in the Information Technology sector, and the sector tops the list in terms of the total number of startups (38). The top three industries which have attracted a majority of the funding in this sector are Application Software (47%), Electronic Equipment and Instruments (31%) and Business/Productivity Software (15%). California-US based Zwift provides an interactive fitness platform designed to transform monotonous solo indoor cycling and running workouts into dynamic social adventures. The startup has raised the highest amount of funding among the startups analysed- $450 million (USD) from acclaimed investors such as Kohlberg Kravis Roberts, Novator, Causeway Media Partners, Amazon Alexa Fund, among others. Founded in 2007, Ecobee develops smart home monitoring devices for intelligent energy management. The startup’s devices allow consumers to understand, manage and reduce their energy consumption, thereby saving money.  The Ontario, Canada-based startup has totally raised close to $133 million (USD) across three rounds of funding from Amazon Alexa Fund, BDC Venture Capital,  Export Development Canada, Relay Ventures and Thomvest Ventures, to name a few.  Founded in 2012, Mojio is a developer of a cloud-based connected car platform designed to provide a safe and convenient vehicle ownership experience to the subscribers of major network operators.  The Vancouver, Canada-based startup has raised close to $78 million (USD) across four rounds of funding between 2015 and 2019.

The Consumer Discretionary sector is ranked second in terms of funding (USD 675 million) and the number of startups (23). More than 80% of the funds have flowed towards startups in the Electronics (B2C) and the Other Consumer Durables industry, with an additional 15% going towards Household Appliances and Wireless Communications Equipment industry.  The Canadian startup-North develops smart glasses to provide information in front of the user’s eyes, allowing them to access the required information whenever needed. The startup was acquired by Google’s parent company, Alphabet for $180 million (USD) in June 2020. The startup has raised $120 million (USD) in Series B funding from acclaimed investors such as Spark Capital, Intel Capital, First Round Capital, Fidelity and Amazon Alexa Fund, to name a few. Preemadonna is a unique startup serving the nail care industry. The Nailbot is a nail art robot and robotic manicurist that prints art and photos directly on fingernails and also applies polish. Founded in 2013, the startup raised $5.6 million (USD) in Jan 2021 in Seed funding from Halogen Ventures, Version One Ventures, Amazon Alexa Fund, among others. Tonal provides a digital fitness platform to deliver a smooth weight lifting experience using magnets and electricity, eliminating the need for traditional weights. The San Francisco, US-based startup raised $110 million (USD) in Series D funding in Sep 2020.

The Communication Services sector is ranked third in terms of the funding received (USD 137 million) and the number of startups (11). The Other Media and the Entertainment Software industry have attracted approximately 91% of the funds flowing to this sector. Chicago, US-based Cameo enables customers to book and pay for personalized video shout-outs from the celebrity of their choice. The startup raised $100 million (USD) in March 2021 in Series C funding with a pre-money valuation of $900 million (USD). Betty Labs offers a social audio application where fans can be joined by athletes and renowned sports insiders in a live discussion providing them with a platform to talk about topics and teams that are important to them. The startup raised $9.3 million (USD) in Seed funding in Oct 2020 and was acquired by Spotify on March 31st, 2021.

Overall, Amazon Alexa Fund has participated in funding rounds totalling $1.91 billion (USD). US-based startups have attracted 78% of the funding and make up 81% of the total number of startups. With 32 investments, 2018 was Alexa Fund’s most active year, followed by 2019 with 19 investments. Most of the startups have an estimated revenue range of less than $50 million (USD), with 41% of them in the $1 million (USD) to $10 million (USD) range. With a dedicated venture capital arm to expand the Alexa ecosystem, Amazon is poised to be the market leader in the personal assistant industry.

Komal Pattanayak - December 11, 2020
Breaking News
New York-based Squire, a startup that sells software to barbershops, raised US$ 59 million on 9 December 2020. The raise is US$ 45 million...

How to effectively determine market size -TAM, SAM and SOM