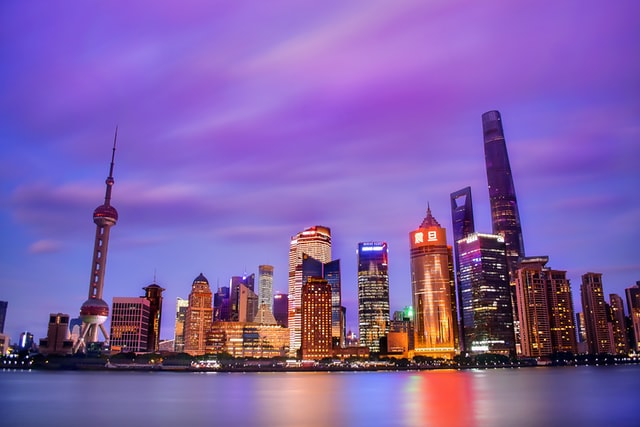 The Special Administrative Region of Hong Kong is located on the Eastern coast of China near the Pearl River. The city that routinely tops the world’s most expensive cities to live in, is a major financial hub that’s home to banks like the Hang Seng Bank and the Bank of East Asia. One of the world’s largest seaports-Shanghai is the country’s leading industrial and manufacturing centre. The city, which is located on the coast of the East China Sea, is home to companies like the SAIC Motor Corporation and Semiconductor Manufacturing International Corp (SMIC). Together the regions of Hong Kong and Shanghai are a $1 trillion (USD) economy with a vibrant startup ecosystem.

The analysis is based on data from Crunchbase, and overall, 122 startups have been analysed. Startups considered for this analysis are unlisted non-government entities that have raised more than $100 million (USD) of capital to date. The analysis also includes operating subsidiaries of private/public companies. The estimated revenue range was available for 86 startups.

The startups have been classified according to various industries based on data from Pitchbook, and the sector classification is (classification is subjective and has been made considering the sector/industry they closely resemble) based on Global Industry Classification Standard (GICS) developed by Morgan Stanley Capital International (MSCI) and Standard & Poor’s. According to GICS, startups are classified into 11 sectors, namely Energy, Materials, Industrials, Consumer Discretionary, Consumer Staples, Healthcare, Financials, Information Technology, Communication Services, Utilities and Real Estate.

Most of the startups analysed have an estimated revenue range of $1M (USD) to $10M (USD) (37%), followed by the startups in the $10M (USD) to $50M (USD) (28%) range. Only 5% of the startups have estimated revenue of more than $500M (USD), with Ping An Healthcare Management and DaDaABC being the only ones that are estimated to earn more than $10B+ (USD) in revenue.  Ping An Healthcare Management is a developer of a tech-enabled managed care platform for individuals and providers of insurance and medical services. The Shanghai-based startup has raised $1.2 billion (USD) from IDG Capital, SoftBank Vision Fund, SBI Group and Hermitage Equity Partners.  Founded in 2013, DaDaABC is an online education platform designed to help children to learn English quickly. The platform includes one-to-one and one-to-many learning models for children aged 4-16 years. The startup has raised $864 million (USD) in 7 funding rounds from acclaimed investors like Tiger Global Management and Warburg Pincus.

The Consumer Discretionary sector tops the list in terms of the total funding raised (37.9%) and the number of startups (25%). A majority of the $18.6 billion (USD) raised by startups in this sector has flowed towards three industries, namely- Automotive (51%), Internet Retail (11%) and Educational Software (7%).  Among the top five startups in terms of the total funding raised, three are from this sector. Weltmeister manufactures and develops electronic vehicles and intelligent data hardware allowing Chinese consumers to utilise energy-efficient smart cars. The startup has raised an astounding $4.9 billion (USD) in 6 funding rounds from investors such as Tencent Holdings, Baidu and SAIC Motor. Ele.me is a meal ordering platform designed to simplify meal ordering and delivery in China. Founded in 2008, the startup has raised $3.3 billion (USD) from Sequoia Capital China, Tencent Holdings and the Alibaba Group, to name a few and was later acquired by the Alibaba group for $9.5 billion (USD) in Feb 2018.  Youxia Motors manufactures and develops smart electric vehicles to provide customers with a technologically advanced and environmentally friendly vehicle. The startup has raised $1.3 billion (USD) in 4 funding rounds.

The Communication Services sector is ranked second in terms of the total funding raised (14.2%) and fourth in terms of the number of startups (13%). Almost half of the $6.9 billion (USD) raised by startups in this sector has flowed to the Movies, Music and Entertainment industry (USD 3.4 billion) and the startups in the Entertainment Software industry attracted 15% of the funds or $1.06 billion (USD). Shanghai Canxing Culture & Broadcast has produced more than 20 popular programs across different categories such as dance and music; it also owns a music label. The startup has raised $3.3 billion (USD) from Tencent Holdings, Alibaba Group and ZHEFU Holding. Founded in 2004, PPTV is an online video distribution platform that provides live streaming, video-on-demand, online live broadcast and video search services.  The startup has raised $706.5 million (USD) from acclaimed investors such as SAIF Partners, SoftBank Capital and BlueRun Ventures. The startup was later acquired by Suning.com, a Chinese retail and e-commerce conglomerate, for $400 million (USD) in Sep 2013.

The Information Technology sector is ranked second in terms of the number of startups (24), marginally higher than the number of startups in the Health Care sector (22). The Business/Productivity Software industry and the Application Specific Semiconductors industry together account for 51% of the $5.3 billion (USD) raised by startups in this sector. Shanghai-based car networking startup-Pateo has raised $540 million (USD) from Red Horse Capital, Bank of Shanghai, Suning.com and Suning Holdings Group. The startup’s platform offers functionalities in car radio, driverless car monitoring, passenger seat entertainment and car navigation. Founded in 2012, Yitu develops AI, which is used in smart commerce, smart cities and smart medical. The startup, which has raised $411 million (USD), offers traffic management software, medical diagnostic technology and intelligent hardware. Yitu’s latest funding round was in May 2020, where it raised $30 million (USD) from CR Capital Management and China Chengtong Hong Kong. The top 3 industries which account for a majority of the $6.1 billion (USD) raised by startups in the Health Care sector are Drug Discovery (27%), Biotechnology (26%) and Medical Record Systems (19%).

The Financial and Real Estate sector together constitute 12% of the total number of startups and 11.3% of the total funding. Consumer Finance and Specialized Finance are the top two industries that account for 63% of the $2.2 billion (USD) raised by startups in the Financial sector. Welab is a Hong Kong-based FinTech startup which provides online mobile lending services by analyzing unstructured mobile big data to make credit decisions. The startup has raised $656 million (USD) from investors like the International Finance Corporation, Alibaba Entrepreneurs Fund and ING Group.

Overall, the total funding raised amounts to $49 billion (USD), with most startups raising funds within 1 to 5 rounds (81%). Majority of the startups (83%) have an estimated revenue range of less than $50 million (USD) and were founded between 2011 and 2019 (77%). The Consumer Discretionary sector is ranked no.1 in terms of the total funding raised and the number of startups. The Automotive industry (USD 9.6 billion) and the Application Software industry (USD 4.5 billion) are the top two industries in terms of the funds raised. With just 11% of the startups based in Hong Kong and the rest based in Shanghai, it could point to a larger trend of startups and established companies making contingency plans and restructuring their operations away from Hong Kong. The uncertain business environment in Hong Kong due to China’s imposition of its national security law and the Hong Kong protests, which were in response to the said law, has forced entrepreneurs to consider moving to other cities in the region.

Into the investment portfolio of Nexus Venture Partners