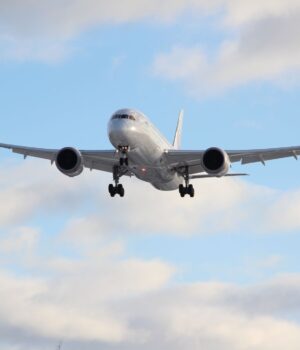 22. September.2021 –  The San Francisco-based FLYR Labs has announced that it has secured $150 million in Series C funding to grow both its core business and expand into other verticals.

The funding round was led by WestCap, with participation from Silver Lake Waterman, WndrCo, as well as Peter Thiel, Streamlined Ventures, JetBlue Technology Ventures and Gopher Asset Management.

FLYR Labs was founded in 2013 by Alex Mans, Cyril Guiraud and Jean Tripier, originally initiated as a consumer-focused platform. It offered a product called FareKeep that let travellers lock in the price of a ticket for a week, for a fee. Then, in 2019, the company made a hard pivot away from consumers into B2B, in part because of interest from airlines.

“We realized that these traditional forecasting and pricing systems that airlines used to use only used inventory levels and booking arrivals as an indicator of demand, and they only used relatively simplistic forms of regression forecasting to draw the line from recent history into the future,” Mans said. According to FLYR, the issue with that method is that the entire forecast is kept aside when a new variable is introduced, like a new competitor making its debut in the market, for instance.

“We were very surprised how little data directly feeds that decision-making, how simplistic their models were,” he added.

FLYR Labs also leverages competitor schedules and capacity to inform its modelling, which is purchased from third-party sources. From all these sources, the model is able to recognise trends despite being across routes or flight times that can then inform new flights that have never been flown by airlines before.

The company estimates it is able to grow the revenue of airlines by 5-7%, and it does so not by just raising prices across the board, Mans said. “We create opportunities, both lower and higher-priced, in the market that overall increases revenue,” He added that 70-80% of travellers pay the same or less than they would under airlines’ legacy forecasting system.

FLYR’s model has started to pay off, the company has around $14 billion in airline revenue under management, meaning it sets the ticket prices for that amount of revenue. While the startup is staying mum on its specific customers, it anticipates managing around $100 billion of airline revenues by the end of 2023.