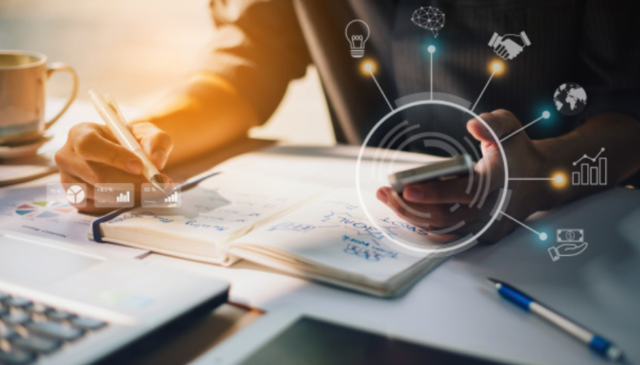 Welcome to VCBay Weekly News Roundup. Here are some important developments in the startup space and major funding rounds this week –

1. Clubhouse finally launches in the US Play Store

The buzz-worthy app Clubhouse finally has an Android app that can be downloaded from the Play Store in the U.S. The voice-based social network platform launched its beta Android app on the Play Store on Sunday. It will gradually roll out the app in other English-speaking countries and then the rest of the world.

Recently in 2021, FuelBuddy has raised USD 4 Million, and My PetrolPump raised USD 1.9 Million in the funding round to fuel up the expansion plan.

Under the President of the United States – Joe Biden’s administration, the US is reopening its doors to foreign entrepreneurs by withdrawing a ‘proposed’ rule introduced by the Trump administration that would have rescinded the International Entrepreneur Rule (IER), known as the startup visa program. The US Department of Homeland Security (DHS) announced on 11 May 2021.

On 10th May 2021, cryptocurrency Ethereum reached a new high as it surpassed the USD 4000 mark for the very first time. Since the beginning of the year, Ethereum has surged over 450%, in contrast to the 100 % rise in bitcoin. The Crypto investors who were looking to diversify their portfolio beyond Bitcoin helped Ethereum in reaching this milestone.

US-based Curio, an NFT platform for the entertainment industry, raised US$ 7M in an oversubscribed seed round on 13 May 2021. Curio has successfully launched multiple licensed auctions, drops, products, and new partnerships.

1. NY-based startup Heartbeat Health raises US$ 20M in Series B

NY-based Heartbeat Health, a healthcare company working to deliver the most effective, efficient, and engaging heart care, raised US$ 20 million in a Series B funding round on 10 May 2021.

Singapore-based FinLync, a global fintech company transforming corporate finance and treasury offices through its products, raised US$ 16M in the equity funding round on 10 May 2021.

Investors: The funding round was led by Point72 Ventures with participation from Nyca Partners, former CFO of Palantir and Founding Partner of Friends & Family Capital Colin Anderson and Plaid Founder William Hockey.

The China-based startup, WeRide, after 4 months of securing funding of USD 310 million, has raised more funds in its Series C round, thus making the valuation of the company USD 3.3 billion, as announced on May 13, 2021. This is the first time the company has disclosed its value.

The amount raised in this round is not disclosed by the company but just said that it is in the “hundreds of millions”. The fund is secured in this round to invest in R&D and commercialization as it is working towards the next generation of Level 4 driving, which means that a vehicle can drive without humans involved in some environments and conditions. The company also aims to commercialize its technology using the funds.

MasterClass,  a provider of an online education platform designed to offer video-based vocational courses based in San Francisco, raised US$ 225M in Series F funding round on 13 May 2021.

Investors: The funding round was led by Fidelity Management and Research Company with participation from new investors including Baillie Gifford, Balyasny Asset Management and Eldridge together with existing investors IVP, Javelin, NEA and Owl Ventures. MasterClass had raised US$ 100M in a Series E round a year ago. The total funds raised by the company to date stands at US$ 461.4M

1. US-based startup Apptopia raises US$ 20M in Series C round

Boston-based Apptopia, a startup providing competitive intelligence in the mobile app industry, raised US$ 20 million in Series C funding on 11 May 2021.

Investors: The funding round was led by ABS Capital Partners, with participation from existing investors, Blossom Street Ventures, ABS Capital’s Mike Avon, a co-founder of Millennial Media, and Paul Mariani, will join Apptopia’s board with this round.

1. Chef robotics raises USD 7.7 million in a combined pre-seed and seed round

San-Fransisco based Chef Robotics announced today, (14 May 2021), that it raised USD 7.7 million in a combined Pre-seed and seed funding round. There were a lot of investors that took part in this round because the seed and pre-seed were rolled up. The name of the leading investors are Promus Ventures, Construct, Bloomberg Beta, BOLD Capital Partners, Red and Blue Ventures, Tau Ventures, Schox VC, Stewart Alsop, with some other investors.

US-based Handshake, a career network helping millions of students from all backgrounds get hired and launch their careers, raised US$ 80 million in a venture financing round on 12 May 2021. The total investment in the company is now US$ 235.5 million and its valuation has risen to US$ 1.5 billion.

Investors: The Series E round was led by Lightspeed Venture Partners and Spark Capital with participation from existing investors and new investors Coatue Management and Valiant Peregrine Fund.

UK-based commercial satellite firm Alba Orbital raised USD 3.4 Million in a seed round on 14th May 2021. The funding round was led by Metaplanet Holdings with the participation of Liquid 2 Ventures, Y Combinator, Uncommon Denominator, Soma Capital, James Park and Zillionize Angel.

The Vietnam-based startup, Nano Technologies has raised USD 3 million in a seed funding round, as announced on May 13, 2021. The startup plans to keep focusing on Vietnam and develop new products for employees including tools for managing staff and engagement.

The round was led by returning investors Golden Gate Ventures and Venturra Discovery and even FEBE Ventures, Openspace Ventures, and Goodwater Capital participated in the round.

Vacation rental startup Holidu has raised USD 45 million in Series D funding, thus raising the total funding to more than USD 120 million, as announced on May 12, 2021.

The investors present in the round which were led by 83North were Prime Ventures, EQT Ventures, Coparion, Senovo, Kees Koolen, Lis Ventures, and Chris Hitchen. Claret Capital, which was previously called Harbert European Growth Capital, was also there with both equity and debt. The funds will be invested into product development, for doubling the size of the tech team, and on building the partnerships to keep expanding the supply.