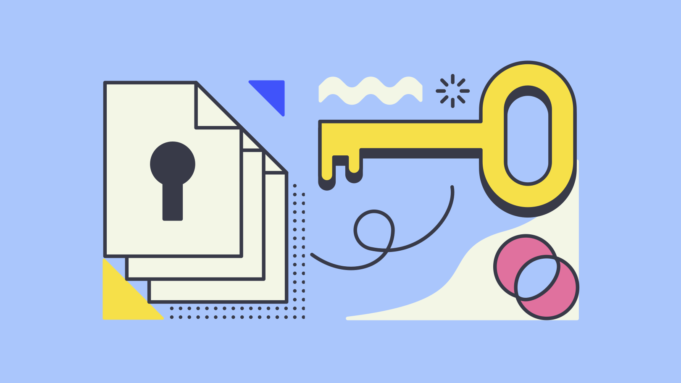 In the past few years, privacy has been thrust into the spotlight as netizens become increasingly aware of how their data is used and misused by corporations. The rise of Big Tech has amplified the calls for more privacy protection measures which has led to new regulations such as the General Data Protection Regulation (GDPR) in Europe and the California Consumer Privacy Act (CCPA) in the US. With increased scrutiny from every corner, Big Tech has been forced to introduce initiatives that protect the user’s privacy.

Apple and Google’s recent privacy initiatives have come under the scanner, with critics calling Google’s initiative mere “privacy theatre” and Facebook arguing that Apple’s new privacy features will hurt small businesses. So what are the implications of these initiatives? Is there any merit in Facebook’s argument? Does Big Tech really care about your privacy?

Cookies are small text files created by a website that are stored on your computer. They are used by the websites to remember certain types of information, such as items in your shopping cart and login details.  Cookies are divided into first-party cookies, which are placed by the sites you visit, and third-party cookies, which are placed by advertisers. Third-party cookies are designed to serve you ads even when you leave the original site you visited and are the reason behind ads based on your searches following you around the internet. Blacklight is a real-time website privacy inspector created by the nonprofit newsroom The Markup. It can be used to get more insights into the cookies and trackers employed by websites.

In the first week of March, Google announced that Chrome would phase out support for third-party cookies by 2022, adding that it will not build alternate identifiers to track users. The move was initially announced last year as a part of its Privacy Sandbox initiative.

This is hardly a radical move by any means as Chrome’s competitors such as Apple’s Safari, Mozilla Firefox, and Microsoft’s Edge browser already offer this feature. But the sheer scale of this move is unparalleled as none of the other browsers come close to matching the dominance of Chrome. Third-party cookies are vital to the ad tech industry, and according to the Interactive Advertising Bureau, a trade group for ad tech, loss of third-party cookies could lead to a $10 billion (USD) loss for the industry.

So is this a big win for privacy? Not exactly, as Google still plans to track users with other methods that are supposedly better for privacy. One of the methods proposed is Federated Learning of Cohorts (FLOC) which allows Chrome to create groups of users with similar web browsing habits and in turn, allows advertisers to target those groups. The search engine giant claims that these groups allow for personalized ad targeting without the need for detailed personal information. When a user visits a website, it is believed that advertisers won’t see their true identity, but they’ll be provided with information about the group (cohort) they belong to, such as “twenty-something married male who is interested in Samsung phones”.  But critics claim that this move can make it easier to fingerprint– described as a way to combine certain attributes of a device- like its IP address, version of the browser etc. to identify it as a unique device. In order to track and target a user on a website, the websites have to match the user against data in a third-party database to get insights into the user’s interests and other information. Under FLOC, Chrome readily serves this information to the websites. With the help of a familiar IP address or login details, the website can match the individual file it has on the user to single out the user from the cohort thereby putting an end to anonymity.  Google is said to be working on combating these issues.

Are there alternative digital advertising models that respect user privacy? Yes. First-party targeting involves websites collecting data about their own users through their interactions, and the data that the users reveal stays on that website.  Contextual advertising involves serving ads based on the content that the user is reading, watching or listening to without knowing anything about the user.

Apple’s controversial iOS 14.5 update, which includes improved privacy features, is right around the corner.  Until now, privacy settings operated on the complicated opt-out model, which made it hard to opt out of data collection, thereby allowing apps to seamlessly collect and share data with other apps and advertisers. This update replaces the old opt-out regime with the opt-in regime where the apps must get user’s consent to share identifying information with third parties for advertising purposes. This is in addition to Apple’s move last year, which forced iOS app developers to provide information on the data they collect through “nutrition labels” in the App Store.

Apple has also managed to close quite a few loopholes:

So, in essence, it stops the advertisers from tracking user activity across different apps, thereby hindering their ability to build a complete profile of the user.  But this doesn’t stop apps from collecting information about you; apps will continue gathering data on what you clicked on, how long you use the app etc. They can also share data for other purposes such as for analytics or for preventing fraud.

As expected, this does not bode well for Facebook, which has taken out full-page ads in major publications such as The Washington Post, New York Times and the Wall Street Journal criticizing Apple’s move. It is also said to be working on an antitrust lawsuit against Apple.

In its full-year earnings report, the social media giant has predicted a major hit to its ad targeting capabilities due to Apple’s privacy update. Facebook’s argument that Apple’s privacy changes will hurt small businesses is based on its claim that small business advertisers would see a 60% fall in sales revenue per advertising dollar spent if they were unable to show personalized ads. Facebook has also accused Apple of having an ulterior motive as it pushes users towards a subscription model, away from the model of free services supported by ads.

It’s safe to say that Google’s plan to phase out third-party cookies is an example of privacy theatre- while it seems like a win for privacy, in actuality, it bolsters Google’s clout in the advertising industry and solves a very narrow problem. The industry which is built on surveillance-based behavioural advertising remains unchanged. Users will still be tracked; it is just Chrome that’ll do the tracking. In order to better understand a company’s current and future actions, one need not look further than the company’s business model. More than 80% of Google’s parent company-Alphabet’s revenue, comes from advertising. Almost the entire revenue (98.5%) that Facebook makes comes from ads. Apple is fundamentally different from the other two as almost all of its revenue comes from its products and services, with the iPhone alone making up 54.7% of the total revenue. So Facebook and Google are fundamentally ad-driven businesses, and regardless of their public stance on privacy, they will continue to serve targeted ads to users, whereas Apple will continue to champion its products with their advanced privacy features.

Are we in the golden era of video game adaptations?

What lies ahead for the gastronomy sector?