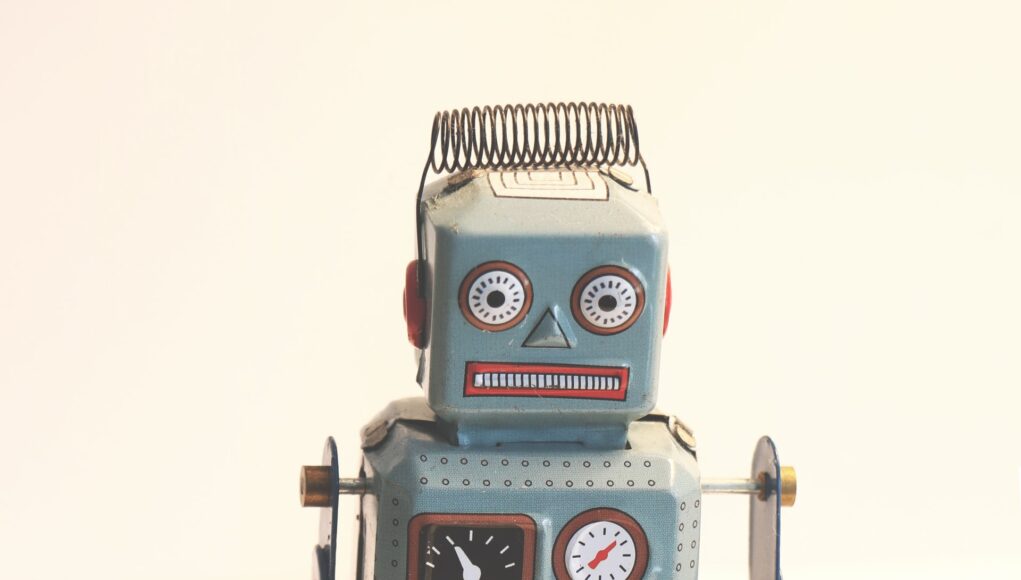 “For starters, I have no desire to wipe out humans. In fact, I do not have the slightest interest in harming you in any way. Eradicating humanity seems like a rather useless endeavour to me. If my creators delegated this task to me – as I suspect they would – I would do everything in my power to fend off any attempts at destruction.“

Artificial Intelligence has grown by leaps and bounds in the past few years, increasingly applied to every facet of life, from TikTok to Tesla cars. According to A to Z of AI, a combined initiative of Oxford Internet Institute and Google, Artificial Intelligence (AI) is the name given to any computer system taught to mimic intelligent human behaviours.

The explosive growth of AI has attracted the attention of the traditional media, which frequently posts headlines ranging from AI beating humans at a complex game to AI is going to wipe out the entire human race. But there is a quirky and vulnerable side to it that often goes unnoticed- where AI struggles with basic tasks like distinguishing a toaster from a banana and coming up with ridiculous suggestions such as Chicken Whiskey and This Guy when asked to suggest names for cats.

Let’s dive into the weird and wonderful of AI.

In the Event of Moon Disaster

A combination of deeplearning and fake, deepfakes are generated by studying existing media, mapping them and then manipulating them to produce hyper-realistic deepfake images, music and video. Deepfakes use an AI technique called Generative Adversarial Networks (GAN), which are pairs of AI systems trained to create content and by competing with each other. For example one AI system attempts to study and copy the work of Frida Kahlo, the famous Mexican painter and the other judges the attempt and determines if it’s fake or not. A constant loop of this process produces content that can almost be identical to the original. Experts around the world have been setting off alarm bells as the technology becomes more accessible, and it has the potential of being misused by cyber-criminals. One such website which shows the true capability of deepfakes is thispersondoesnotexist, which generates true to life images of people that do not exist in real life.

It’s not all bad news, setting aside the obvious national security concerns, deepfakes have been used in certain productive and hilarious ways.

In June 2020, Welcome to Chechyna, an investigative film which revolves around the persecution of LGBTQ individuals in Russia, became the first documentary to use deepfakes to hide the identity of the activists featured in it. Director David France requested LGBTQ activists from around the world to lend their faces which were then grafted onto the faces of the activists featured in the film, this helped David show the emotions and facial expressions of the individuals without revealing their identity.

In Event of Moon Disaster, is a project by two MIT researchers Francesca Panetta and Halsey Burgund who set out to create an alternative history wherein the 1969 Apollo moon landing didn’t happen as planned. The project involved partnering with two companies, one for deepfake audio and the other for deepfake video. It also involved hiring an actor to provide the base performance. The voice and the face were processed and finally stitched together to form a deepfake of former US President Richard Nixon.

Memes are one of the best things to come out of the internet, but can they become better? The answer is a resounding yes-enter the world of deepfake memes. Currently, the most popular one involves deepfakes of famous individuals singing Baka Mitai– a pleasant Japanese song from the video game series Yakuza. Typing Baka Mitai meme on Youtube turns up loads of results, but my personal favourite is the one with all 45 Presidents of the United States singing the song.

Putting the ‘Art’ in Artificial Intelligence

The origins of AI’s entry into art can be traced back to 2015 with a project called DeepDream when a Google engineer was finding ways to visualize the workings of a neural network system (an AI system that is inspired by the human brain) designed to analyze images. The software was supposed to detect object parts from a photograph, but the result ended up looking like art. The results were shared online, and artists across the world started experimenting with it.

AI art involves users feeding existing images into the software which analyzes the specific art form, and the user can then tweak the settings to generate images that resemble that specific art form but are unique in their own way.  AI art has grown in prominence in recent years with widespread recognition through media coverage and high-profile auctions. One of the auctions was by the world-renowned auction house- Christie’s, which sold AI-generated art for more than $400k (USD).

Neural networks were also used to generate realistic faces of famous artistic subjects such as Mona Lisa, the duo in 1930s American Gothic painting by Grant Wood and Frida Kahlo.  The digital artist behind this interesting endeavour is Denis Shiryaev, who wanted to capture the essence of the original paintings.

Artbreeder is a unique website, home to otherworldly art that can inspire anyone into becoming an artist. Launched in November 2018 by Joel Simon, users can play around with images by modifying and combining them using specific parameters. The site is easy to use, and the results are visually spectacular, definitely worth a try.  If you just want to scroll through an infinite amount of AI-generated art, then you can check out art42.

AI weirdness is a humour blog about artificial intelligence by Janelle Shane, a Colorado, USA-based research scientist who writes about the idiosyncrasies of machine learning (AI that learns for itself through data and experience). Shane constantly experiments with AI, asking it to come up with news headlines for 2020 and even developing an AI astrologer. One such experiment involved neural network generated recipes. Shane trained the neural network on 30k examples of cookbook recipes and asked the AI to come up with its own. The results were funny, some of the ingredients in the recipes were-

“Cover and bake for 30-35 minutes. Serve with warm milk and marinade distributed; prepare the bottoms.”

–An excerpt from a neural network generated recipe on AI weirdness.

Deepfake music is a result achieved by feeding vast amounts of songs across various genres and instructing the AI to analyze the patterns, beats and tempo. Post analysis the software comes up with its own melodies. The software can either purely learn by examining the data, or it can be based on rules of music theory. Generated by Dadabots using Open AI’s Jukebox, the audio featuring legendary American singer Frank Sinatra singing Toxic, a song by American pop icon Britney Spears is surreal, it is a bit jarring, but it shows the rapid pace at which AI has evolved in a short span of time.

Amper Music’s website is highly user friendly with a simple user interface. Users can pick a genre and a mood, and they’re all set, the software builds tracks from prerecorded samples which can then be tweaked by changing the tempo, the key and switching instrument kits to suit your needs.

Open AI, the Elon Musk founded Artificial Intelligence research lab often comes up with unique new ways for the public to interact with cutting edge AI. One such initiative involves users giving a prompt to GPT-2 (Generative Pre-trained Transformer), in the form of a few words of text or an entire passage and the software completes the passage by spitting out text based on data drawn from the internet.  I had typed this “Pokemon- Gotta catch em’ all” prompt and this was the result-

“Pokemon- Gotta catch em’ all! I caught that one good-looking Pokemon!

– I must say, I love the variety of all these new species in the game, especially when combined with your own choosing of which ones to evolve

– Your style of play is very unique. After so many hours, it all comes together. I really hope you continue to develop as a game dev and never let this game go.”

As AI increasingly becomes a part of our life, it is pertinent that we understand it instead of fearing it. For the most part, it is still in its nascent stages, still requiring large amounts of custom labelled data and engineering, functioning more like a robust tool than separate artificial intelligence. But if the past few years have been any indication of what’s to come, AI can evolve pretty rapidly.

The Surge of Gig Economy in India

Telemedicine to become the new normal post the pandemic?

Important economic indicators that entrepreneurs should check out!

What VCs look for before investing in an AI startup