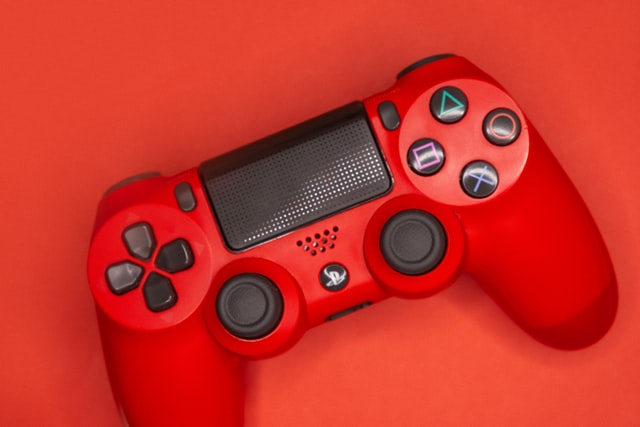 Intending to take a slice of the $165 billion (USD) gaming industry, Hollywood has been trying to adapt video games to the silver screen for the past two decades, but the results have been far from satisfactory. From the Super Mario Bros movie released in 1993 to the not-so-recent Assassin’s Creed movie, the cursed genre is littered with poorly made movies that did not respect the source material, managed to anger the fans and left the average movie-goers confused.

But the past few years have turned the tide in favour of video game adaptations, giving them a new ray of hope. Despite the coronavirus pandemic Sonic the Hedgehog became the US market’s highest-grossing video game adaptation ever and was ranked third in terms of domestic box office (US & Canada) collections in 2020. Detective Pikachu, which was released in 2019, grossed more than $433 million (USD) worldwide, just shy of the all-time high of $439 million (USD) grossed by Warcraft. More recently, the R-rated Mortal Kombat movie, which is based on the legendary video game franchise of the same name has raked in more than $51 million (USD) within a few weeks. With major movies and series based on video games in the pipeline such as Uncharted, The Division, The Last of Us, Fallout, Call of Duty, sequels to Tomb Raider, Detective Pikachu and Sonic the Hedgehog it begs the question,  has Hollywood finally figured out the secret sauce? Is this trend sustainable? Why were video game adaptations bad in the first place?

Why were they so bad?

For a long time, video game adaptations have been Hollywood’s Achilles heel. The Street Fighter starring Jean-Claude Van Damme and the Super Mario Bros are infamous for being nothing like their video game namesake. Movies like Doom starring Dwayne Johnson and Bloodrayne, which came out in the early 2000s, have received abysmal ratings and are best forgotten. So why were they so bad?

1.Source Material: Sony’s Uncharted is an action-adventure game that follows protagonist Nathan Drake as he hunts for treasure across the world. It is one of Sony’s best sellers, having sold more than 40 million copies across four titles. The Uncharted movie based on the game, starring Tom Holland, is said to be released in Feb 2022. What makes the game loveable, is the fact that players can interact with and explore its cinematic environment. Once you strip the interactivity from the game, all you’re left with is a generic storyline that’s a rehash of Indiana Jones with hollow characters. The same applies to the Tomb Raider franchise, one of the pioneers of the action-adventure genre. The game only had less than an hour of actual story amongst the 15 hours of gameplay.  It is incredibly difficult for writers to use small amounts of source material and turn it into a movie. Video games have historically not been known for their storylines- Resident Evil, Dragon’s Lair are not known for their storylines but for their gameplay and quests.

2.Vast Worlds: Games such as Assassin’s Creed and Warcraft have spent years weaving new story arcs, introducing new characters and expanding their vast worlds, making it all the more difficult for directors to squeeze in so much content within a 120-minute movie. The audience that has never played the game ends up being confused, and the diehard fans of the game are exposed to the same information they’ve known for years. So in the quest to satisfy diehard fans and the average movie-goer, the movie ends up disappointing both.

3.Directors: To make a respectable video game movie, the studios have to raise hundreds of millions of dollars, and need bankable talent like A-list directors to get such funding. Usually, the A-list directors are not from a generation that has grown up playing video games; those that are from that generation are relatively inexperienced and are forced to work with lower budgets.

The current decade has seen six video game movies cross the $300 million (USD) box office threshold, compared to just two in the previous decade. Rotten Tomato critics scores and audience scores for this genre are at all-time highs. Hollywood has also been able to generate better ROI over the years. So has Hollywood finally figured out the secret sauce?

1.Creative Liberties: Ironically, some of the best video game movies are about playing video games and not adaptations per se. Fan favourites such as Wreck-It Ralph and Jumanji capture the essence of playing video games and portray it beautifully. Movies such as Final Fantasy VII: Advent Children and the Pokemon movies take their own creative liberties and do not religiously adhere to the source material. Similarly, the latest Mortal Kombat film has taken risks by introducing a new character not present in the games- Cole Young and has thrown in twists ensuring that this film is distinct from the others that have come before it. So taking risks and not limiting yourself to the source material can be rewarding.

2.Listen to the Fans: This is a no-brainer; video game movies that listen to their fan base have a better chance of succeeding. Case in point-Sonic the Hedgehog, Paramount listened to the fans when they erupted on seeing the first look of the CGI animated Sonic. The studio put in more effort to ensure that Sonic looks similar to his appearance in the game. The best video games even appeal to non-fans by simplifying the storyline so that even someone who has never heard of the video game is able to understand and enjoy the movie.

3.Series: The Witcher is a fantasy series based on the novels by Andrzej Sapkowski and popularized by CD Projekt Red’s game. The Witcher Netflix series was watched by more than 76 million households making it one of Netflix’s most popular shows.  Though the show, starring Henry Cavill, is based on the novel, it is heavily influenced by the game.  Video game adaptations are better suited to be made into series than movies. A series allows for lengthy plotlines with dozens of interwoven characters and major story arcs. With the right amount of action, adventure and engaging characters, viewers can get hooked, giving directors enough time to build the story and set the stage for major conflicts.

4.New Gen: The current generation of executives and directors have grown up playing video games. They, therefore understand the value of the intellectual property, the gaming community and the gamers. They respect the source material.

Over the past few years, the line between games and movies has started to blur, with movies becoming more like games and games becoming more like movies. But when games have already perfected storytelling, have cinematic visuals, engaging characters with rich dialogues, do we really need to watch a non-interactive version of these games in the form of movies? Yes, Hollywood thinks so.

Comic book intellectual property (IP) is the most sought after IP in the world, and it took half a century for comic book adaptations to be perfected; video game adaptations will also attain such superstardom in the near future.

What lies ahead for the gastronomy sector?

Komal Pattanayak - November 3, 2020
Breaking News
Tallinn-based Estonian startup Warren has closed a seed round of around USD 1.4M on 2nd November 2020. The seed funding round was led by London-based...