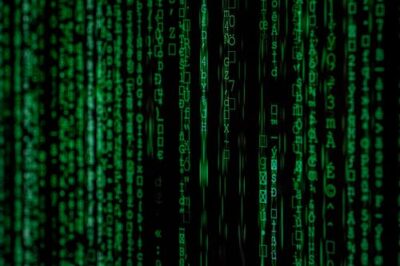 The concept of blockchain has been around since the 1990s, however, it only got popular after the introduction of Bitcoin in 2008. Further, even a simple explanation of how blockchains work might contain technical jargons making it difficult to digest the concept.

Blockchains are almost always associated with cryptocurrencies, however, their application is not limited to them. Today many businesses are willing to incorporate blockchain technology into their functioning, but before doing so a clear idea of how they work is necessary.

In this article, we will look at the basic layers of security that a typical blockchain technology offers and a few notable companies associated with it.

On a basic level blockchain technologies can be understood as a system of storing pieces of information in a chain of records called blocks. Typically once any data is stored/entered into a blockchain, it becomes almost impossible to alter it or delete it in an effort to tamper with the information. This level of protection is provided with the help of multiple layers of security.

The first layer of security is provided with the help of asymmetric encryption. Asymmetric encryption is the process of encoding a given piece of data using two keys: a public key and a private key. The public key, which is made available publicly, is used to encrypt data and only its matching private key, which is securely held by a single individual, can be used to decrypt it. Hence, in this sense, anyone who has your public key can send you a message, but only you can decrypt the message with the help of your private key. Blockchains being a decentralised network of maintaining records generally use asymmetric encryption to securely transmit data.

The next layer of security which is the essential feature of blockchain technologies is known as hash. A hash can be understood as a unique code/ identification mark of every block that is present on the blockchain. Once a piece of data is stored in a block, the block is marked with a hash. And if the data stored in the block changes its hash changes too.

Normally every block on the blockchain technology contains its own hash as well as the hash of the previous block. This feature provides a chain like security. Hence, if some third party changes any information on a block, first of all, its hash changes, and once that happens there will be a mismatch between the changed hash and the original hash stored in the next block. This will render the blockchain invalid. Therefore if someone wants to alter any data on a block (in a blockchain), he/she will have to rectify the hashes of all its succeeding blocks as well.

Even with the chain of hashes, there is still a possibility of data being altered. Particularly because powerful computers have the ability to manage hundreds of hashes every second. To prevent that from happening there is something known as consensus algorithms. There are many forms of consensus algorithms however we will be discussing only two of the main ones:-

1) Proof of work (PoW)-  Proof of work is a mechanism that can be used to slow down the creation/alteration of blocks. So basically, before any block is accepted on the network a person will have to solve difficult mathematical puzzles using the computational power of his/her computer. This will essentially prevent alteration simply because if a block is altered then all its succeeding blocks along with their individual proof of work will have to be computed.

2)Proof of stake (PoS)- Unlike proof of work which uses mathematical puzzles to provide security, proof of stake provides security by deciding who can add blocks based on their stake (i.e based on the number of coins they hold)

Apart from all these layers of security, blockchains typically provide an additional layer with the help of a peer to peer (P2P) decentralised network. In a P2P decentralised network, anyone is allowed to join the blockchain network and help in maintaining data. This creates an additional security layer in the form of consensus between all the persons/nodes in the network. All the nodes (persons) together with the help of consensus decide which block is valid and which isn’t.

LeewayHertz is a California based company that provides a wide range of digital solutions for startups and enterprises. It mainly excels in blockchain, cloud services, AI/ML and IoT. It describes its goal as helping organisations adopt new technologies and simplifying the complicated issues that come with technology evolution. It has so far developed software solutions for more than 30 fortune 500 companies that are being used by millions of consumers worldwide.

Accubits is an Indian full-service software provider that offers product development and digital transformations to governments and organisations. Its software solutions include blockchain development, enterprise solutions, artificial intelligence, robotic process automation and more. It has so far provided its services to more than 160 clients that include NASA, Nissan, United States postal services and more.

Chromaway is a Sweden based company that specialises in developing and refining industry-defining blockchain technology platforms. It is one of the first companies that introduced relational blockchains, an innovative blockchain architecture that combines the merits of relational databases and fault-tolerant blockchain technologies. It has worked with thriving companies such as Tech Mahindra, Telia, IDB, Funderbeam and more.

Limechain is a Bulgaria based company that provides professional blockchain and DLT (Distributed Ledger Technologies) services. It helps its clients to adapt to the latest technologies and enables them to optimise their processes and digitise their businesses. It has so far worked on more than 100 projects and delivered  700+ hours of blockchain and DLT consulting services.

Everything You Need to Know About NFTs