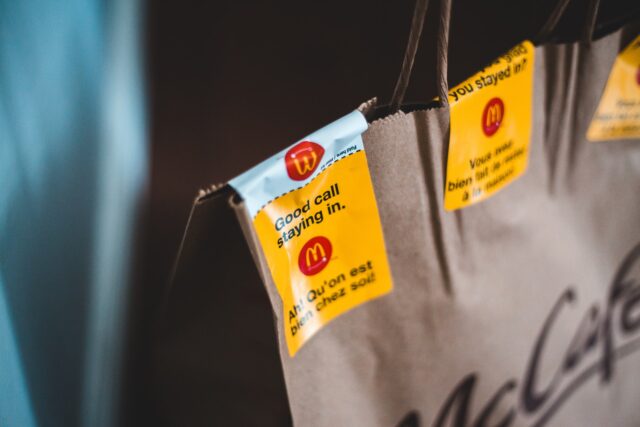 With the pandemic still raging across the world and a record number of people staying home, the fight in the food delivery business has intensified. Zomato and Swiggy have competed with each other on various fronts taking out competitors like Uber Eats India in the extremely competitive food delivery space. The Indian food-tech industry is poised to grow at CAGR of 25-30% to $8 billion (USD) by the end of 2022 according to a report by Google and Boston Consulting Group, and the startups are looking at diversifying their business and adopting new technologies to gain an edge. Both the startups are reported to be using Artificial Intelligence and data analytics to customize the customer’s landing page based on their preferences and also using Natural Language Processing (NLP) to let customers search for food items using colloquial terms.

Status of the Industry

One of the key factors that is leading the recovery is the increase in the number of premium restaurants that have embraced online delivery, which has attracted affluent customers to the food delivery apps. Festivals are another factor which have brought in additional customers to order food online, with Raksha Bandhan (an annual Indian festival where a woman gives a cotton bracelet (rakhi) to a brother or someone she considers as one)  and Janmashtami (an annual Indian festival that celebrates the birth of the Hindu God Krishna) seeing a massive spike in orders. Families staying together for longer periods of time have increased order sizes by 20% as they resort to group ordering.

With the onset of the pandemic, Zomato and Swiggy resorted to massive layoffs. Zomato laid off 13% of its workforce and instituted a pay cut for the entire organization while Swiggy laid off nearly a thousand people.

Food delivery giant Zomato, founded in 2008, operates across India, UAE, Lebanon & Turkey and boasts of a 100 million+ play store downloads, two times that of Swiggy’s. Zomato has been steadily making strides in the food delivery industry, recently announcing in a blog post that its takeaway service is now available at zero commission to restaurants. Its takeaway service has grown by 200% in the past few months and it has a staggering 55000+ restaurants on its platform offering takeaway services. In order to increase revenue streams, it had introduced Zomato Gold, a subscription service where customers can access special discount deals from their favourite restaurants. The service was an instant hit with nearly 8 lakh subscribers and was expected to rake in $20-25 million (USD) in revenue by the end of 2019, but it hit a snag. More than 2000 of the 6500 restaurant partners had opted out of Zomato Gold stating that it was hurting their bottom-line and their brand image, leading to the #LogOut campaign spearheaded by the National Restaurant Association of India (NRAI). Zomato later sorted out the issue and Zomato Gold has now become Zomato Pro.

Uber Eats India has been Zomato’s most significant acquisition, which was announced in Jan 2020, and was acquired at $206 million (USD). Uber Eats’ India entered the Indian market in 2017 offering deep discounts to attract customers, but it never posed a threat to Zomato and Swiggy, which were processing significantly more orders than it. Uber Eats India had projected a negative revenue of $107.5 million for the period between August and December 2019.

Swiggy, the Bangalore based startup founded in 2014, led by Sriharsha Majety, is one of the industry leaders in the hyper-competitive food delivery business. Swiggy forayed into the general deliveries business with its “stores” initiative in 2019 whereby customers can access Kirana stores, vegetables, health supplements, medicine and more through the app, early partners included Le Marche, Guardian Pharmacy and Zappfresh.com.  Swiggy has also made a massive inroads into the cloud kitchen industry by establishing a 1000 cloud kitchens for its restaurant partners, investing in more than a million square feet of real estate space across 14 cities. It has already invested $24.5 million in its cloud kitchens business called Swiggy Access. These cloud kitchens will help restaurant partners of all sizes to expand within cities and across different cities.

Swiggy is collaborating with Government of India for the Prime Minister Street Vendor’s AtmaNibhar Nidhi (PM SVANidhi). The scheme was launched on June 1st, 2020, by the Ministry of Housing and Urban Affairs to help street vendors affected by the pandemic by offering working capital loans up to Rs 10,000 at a subsidized rate of interest.  In phase one, Swiggy will facilitate the onboarding of 36,000 vendors to whom the loan has been disbursed in 125 cities.

Recently the company’s operations hit a roadblock when its delivery executives in Hyderabad stated that they’ll go on an indefinite strike claiming that Swiggy had reduced their earning structure during the pandemic. The minimum earning was cut from Rs 35 to Rs 15. Swiggy later sorted out the issue and resumed operations.

Swiggy has raised $1.6 billion (USD) till date in 12 funding rounds, the latest being Series I, from 18 investors. Notable lead investors include Accel and SAIF Partners. It has made significant investments in Fingerlix across 2 years- $4.4 million in Feb 2019 and $1.9 million in Apr 2020. Swiggy has acquired 4 companies- Kint.io, Supr Daily, Scootsy and 48East. It announced its acquisition of Scootsy in Aug 2018 for $8 million (USD).

In July this year, Swiggy announced that it had integrated the premium on-demand delivery platform Scootsy into its own platform, thereby diversifying its offering to serve affluent customers. Through this new feature customers in Mumbai can now access premium gourmet experiences.

The pandemic has opened up new opportunities for startups in the food delivery business and with a record number of people embracing online deliveries, the fight to dominate this segment will intensify and both Zomato and Swiggy are ready to take on the challenge.

Foodtech startup InnovoPro bags another $3M in Series B round

Cloud kitchen Yummy bags US $12M in Series B funding