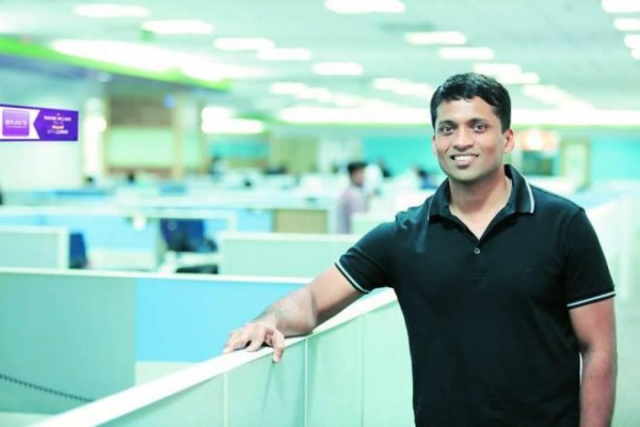 India’s top edtech startup Byju’s has raised US$ 200 million in a fresh funding round from US investment firms BlackRock and T. Rowe Price on 22 November 2020. This has raised Byju’s valuation to US$ 12 billion, close to $1 billion higher when compared with the previous round. While BlackRock is an existing investor, T Rowe joined as a new investor.

Bengaluru-based Byju’s had already raised US$ 500 million in September from a group of investors including private equity firm Silver Lake Partners along with existing investors General Atlantic, Owl Ventures and Tiger Global at a valuation of US$ 10.8 billion. With this investment, the company has raised over US$ 2.3 billion from investors in over 18 funding rounds.

The pandemic has played a huge role in the significant increase in the valuation of Byju’s with education going remote. Byju’s has reached a stage where it has an option to do an initial public offering (IPO) sooner, though the timeline is still not decided. Byju’s is eyeing international expansion actively and also looking at strategic inorganic growth.

BYJU’S is a valuable ed-tech company India’s top school learning app which offers highly adaptive, engaging, and effective learning programs for students from classes 1 -12 as well as competitive exams like JEE, NEET, CAT, and IAS. Byju’s saw significant growth since the lockdown in March, adding over 25 million new students on its platform.

The Disney, BYJU’S Early Learn App was launched in June 2019 for students in classes 1-3 featuring Disney’s timeliness characters. In early 2019, BYJU’S had acquired Osmo, a Palo Alto-based maker of educational games to transform the whole offline to an online learning experience.

“There are always investors’ conversations going on. We have also raised money, not necessarily because we need it for any immediate purpose – we are not burning cash in India. Having money in the bank sometimes helps you to make acquisition decisions faster,” said Byju Raveendran, co-founder of Byju’s.

With the fresh round of US$ 200 million, the valuation gap between financial services platform Paytm, which has a current valuation of $16 billion and Byju’s has further narrowed down. The company claims to have over 70 million registered students and 4.5 million annual paid subscribers and is gradually inching towards the US$1 billion revenue milestone.

The edtech segment at large has seen a funding boom, not just in India but worldwide. The edtech start-up Unacademy in September became a unicorn after it raised US$ 150 million in a round led by Japanese conglomerate SoftBank. Another edtech company Eruditus raised over US$ 100 million from marquee investors such as Chan Zuckerberg Initiative and is on track to become a unicorn next year.