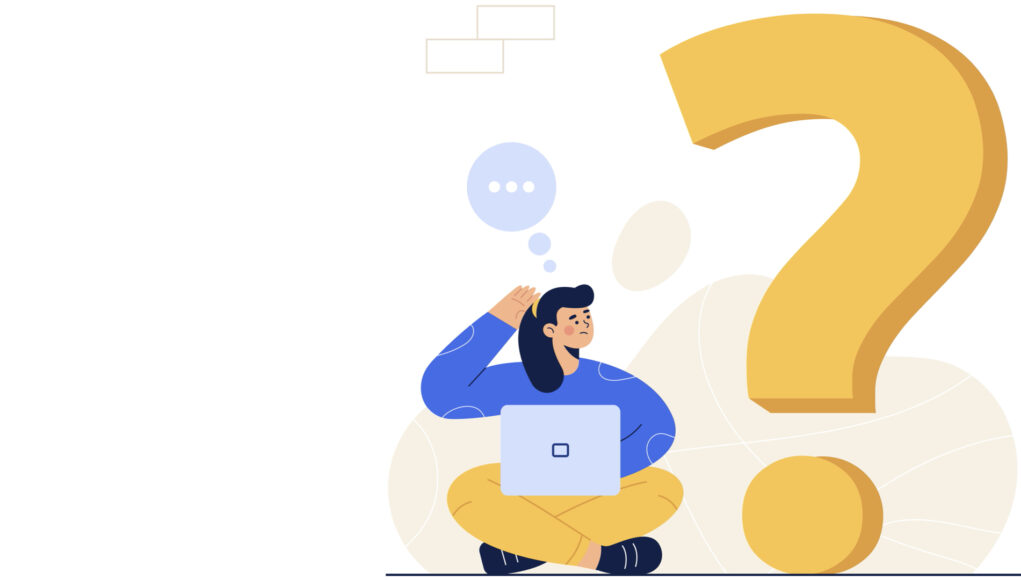 All of us have gone through the chagrin of forgotten passwords and would be very happy to kill the password needed for digital access. Security breach, hacking, stolen data, identity theft etc., are increasing telling us that passwords are the weakest link in cybersecurity. Passwords are not just a challenge for individual users but also for organisations and static devices connecting the internet, satellites and and an estimated 30 bn IoT devices.

In a world where life has become easier with access to most of the services moving online an average user has at least one email account, multiple bank accounts, many social media accounts, online tools, shopping sites, utility services payment applications and so forth. If a person is employed she will have access requirements to many enterprise applications. All of them need to be accessed through “User ID” and “Password” which needs to be remembered at all times.

As far as passwords are concerned they remain complicated to protect the user and the application. Different applications use different protocols like using a mix of capital letters, numbers, and special characters without using patterns similar to ones used in any of the personal information.  Many applications to enhance security ask the user to change the passwords regularly adding to the memory overload as storing them in writing is risky. This ultimately ends up with most people avoiding too much effort into creating a complex password and sticking with one password and later incrementing it.

Websites and applications have now tried to eliminate the “UserID” part of the problem by asking users to use their email ID, Google login or Facebook login as their UserID. While this has reduced the friction of having to remember individual UserIDs, it makes the user more vulnerable as a single leak provides a hacker the access to all the users applications.

Social engineering phishing aimed at work-from-home employees during pandemic and malware directed at remote workers, whose devices were no longer protected by the defences of the corporate network saw a jump. Estimates vary, but for many companies the cost of resetting the passwords of their employees are between $25 and $75 each time, taking into account the need to have account recovery and call centre staff. 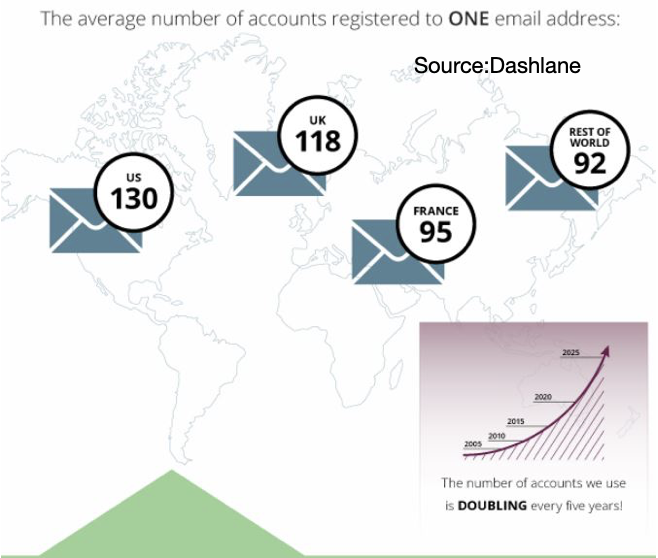 As passwords are the general way to authenticate users, hackers find ways to crack these and breach personal or corporate data. There are many ways to achieve this; 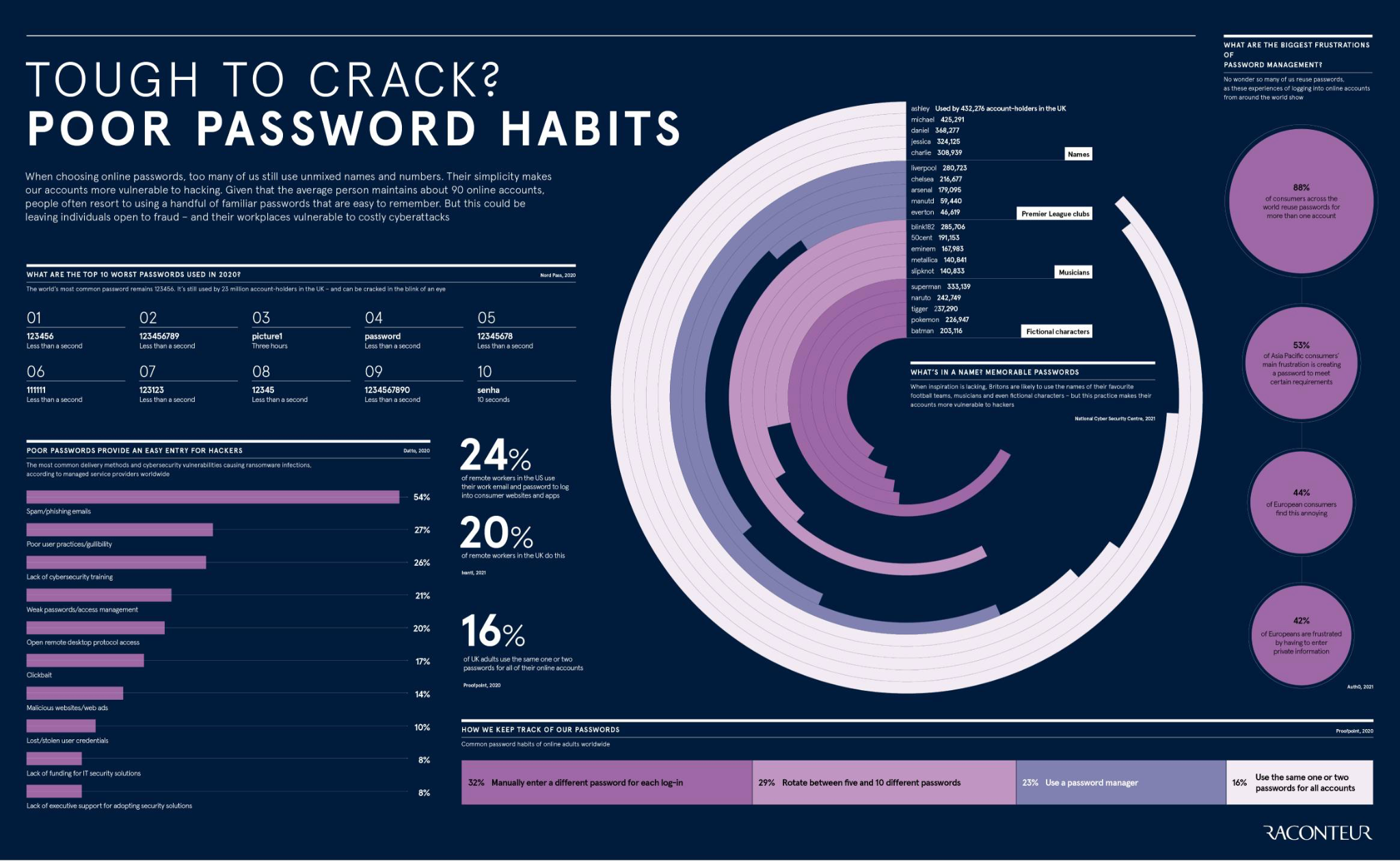 Multiple solutions are being tried like chip-and-pin, two-step verification, biometric solutions, among many other things. The alternatives too have their challenges and are not foolproof. For example, biometrics data must be closely guarded for both privacy purposes and to prevent spoofing, when hackers try to trick cameras or sensors with photos, masks or moulds of their victim.

There are several alternatives for passwords, including;

The cybersecurity space has players providing security for individual users as well as for enterprises of various scales. With multiple ways of authentication emerging many fields, startups are trying to provide specialised tools for specific applications.

Zoloz founded in 2012, was acquired in 2015 by the Ant Group, a company which combines biometrics, industry-leading spoof detection technology and Optical Character Recognition for a comprehensive solution set that protects, connects and enhances user identity. It acquired Eyeverify, an US-based company whose proprietary technology is used for biometric identification by scanning the blood vessels in the iris.

Founded in 2011, based out of Toronto, Nymi creates a wearable connected worker platform that provides people with a handsfree, continuous, private, and secure link to their workplace networks. The Nymi Connected Worker Platform delivers forward-thinking applications  that make work incredibly secure, yet refreshingly easy all on a secure wristband wearable. After authentication, the Nymi Band stays active and ready-to-use so long as it remains on your wrist. On-Body Detection sensors provide continuous authentication that the person wearing a Nymi Band is the intended user. Total funding received to date: USD 30.4 M

Founded in 2009, New York startup Dashlane has developed a password manager and secure digital wallet. The app captures all the passwords and payments in one place which can be controlled by a single password which the user can remember. They have a free, premium and business version that supports more than one device.

Founded in 2015, Arizona based startup Trusona sells their tools to organisations and application creators. They have a single password-less technique which uses multi-factor authorisation to let an employee login into the organisation’s network and then not worry about having to login with new passwords into other applications. The multi-factor authorisation lets the user access a system by providing an email link to click on or by scanning a QR code using their phone. A single password entry uses a combination of location, machine, and time to ensure that others cannot access using the same password or login into another device.

This security system uses the technique of validating the user logging into an application by seeking approval from the user’s personal mobile device, thus breaking the link between the device seeking access and the device authorising the password. Founded in 2015, this Israeli company connects a computer seeking verification to the user’s mobile through bluetooth. It involves a two step process. The  verification device sends a request for access to the mobile device of the user which has to be first approved. Then the authentication happens by the user biometrically verifying herself on the mobile device, which then sends an approval token over the bluetooth link to the computer. This helps enterprises eliminate passwords for employees logging into their devices.

Futurae is similar to the Secret Double Octopus in the way it authenticates with a very offbeat solution of using ambient noise between the device seeking access and with the user’s mobile device nearby. Founded in 2016, Swiss startup Futurae has a unique solution for front end users. The solution matches the user logging in to an office device with their phone proximity. If the user has her phone nearby and she logs in with a valid email ID, the solution matches the ambient noise captured by the device and the phone and validates the user. This technique is called Soundproof.

Hypr is an app which leverages biometric authorisation with a higher security twist called decentralised authentication. It means the authorisation data stays in the mobile device of the user and only sends a token validating the veracity of the user. Hypr was founded in New York- in 2014. Since the Hypr module is embedded in the user device it can be incorporated into smart devices to validate other devices accessing it, thus securing even IoT networks.

A unique way of validating users is by creating a unique signature based on the way the user types on the computer keyboard. Samples of a user’s typing behaviour are analysed based on the time it takes to press, release, and move between keys on their keyboard which is then stored as a pattern to authenticate when the user tries to access in the future. TypingDNA was founded in 2016 in Romania. A story in PC World says that they are trying to leverage as to what other traits may be detectable based on a user’s typing behaviour like a person’s gender, age, IQ, openness and even personality.

BioCatch founded in 2011 in Israel, believes that people interact with machines in unique, measurable ways. Built on an IP portfolio of more than 60 granted patents, their technology prevents new account fraud, account takeover fraud and detects social engineering voice scams, by analysing human, digital, physical, and cognitive behaviour. BioCatch uses a complex algorithm made by combining a large set of parameters through the interaction between the human and the device. The parameters range from which hand a person favours and muscle usage to geolocation and navigation behaviour. It can even spot malicious bots.

Biometrics has immense advantages over passwords in the kind of breaches that are possible. Yet it isn’t foolproof as the biometric data of a user if hacked can be very tough to be changed as  the biometric details of an individual are not changeable like a password.

Yet there are continuous innovations taking place in cybersecurity to try and provide as impregnable a solution as possible. Technologies are trying to emulate two factor authentication along with biometrics to ensure that two independent pathways will reduce the chances of being compromised along with loss of biometric data. While technologies evolve, the challenge faced by organisations in trying to secure their data and transactions is the complexity of installing a competent yet easy to use security process. Hence, we will see different types of authentication taking precedence over others depending on the type of usage, an example being voice recognition for a call centre, facial recognition for gated security etc.

Given the speed of innovation it is a tough bet to take on which of the above startups will generate higher value for its investors. My bet would be on HYPR for its basic kernel is defined by the validation happening at the user’s device rather than a central database, limiting the chances of breaches on the central devices. Compromises to the user’s device can also be made by using hash codes and private keys for the tokens validating the user before providing access.

While all of the above solutions will continue to evolve, passwords continue to remain simple from a technology application perspective and will not get killed anytime soon.