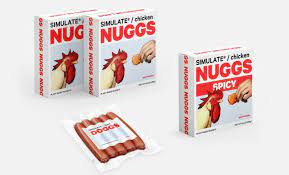 Simulate, a New York-based nutrition technology startup secured USD 50 Million in Series B funding. The funding round was led by Alexis Ohanian’s 77.

The investors who participated in this round were Chris Sacca and Crystal Sacca, McCain Foods, NOMO Ventures, Day One Ventures and Imaginary Ventures.

After this fundraise the company has collected an amount of USD 61 million till now, at a valuation of USD 260 million. Alexis Ohanian joined Simulate as a board member after this funding round.

The funding will be used to increase the workforce in the company, Simulate is expecting to increase its headcount from 20 to 50 by the end of 2022.  “Over half of that expansion will be focused on growing our engineering team,” CEO, Simulate.

Simulate was founded and established by Ben Pasternak and Sam Terris in 2018, having its headquarters in New York, United States. It is a biotechnology startup with a mission to enhance the world’s transition to nutrition which is sustainable.

Its first product, NUGGS, is an alternative to chicken nuggets, which was made of plants. Since its launch in the 2019 summer’s, NUGGS has become the most selling chicken nuggets on the planet.  Simulate will be launching some other products by the end of this year, and is working on and developing another product too.

Currently, the company is offering 3 products – Spicy NUGGS, DICS (a patty), and NUGGS, only D2C, present.

“During the height of the pandemic, people really wanted frozen food shipped directly to their door. At the time, we were DTC only, so we saw a lot of growth there prior to our pivot to retail.” –  founder and CEO Ben Pasternak.

“We are getting ready to launch in restaurants and in fast food. Internationally, we recently launched across Canada, and have plans to expand to other countries too. Since SIMULATE’s last raise in 2020, a $4 million convertible note, a majority of the company’s revenue is from direct-to-consumer. In the past six months, the company’s retail presence has scaled aggressively, and NUGGS are now available in more than 5,000 retail locations, including Walmart, Target, Whole Foods Market and Sam’s Club.”-  he added.

The CEO, Pasternak, shared what idea he had while starting this company –

“Most of it is primitive and an anecdote of turning Food A into Food B. I wanted to create a company that would simulate animal foods without animals. I started with chicken nuggets because generally, all culture change starts with younger people, and they often eat nuggets or chicken tenders.”