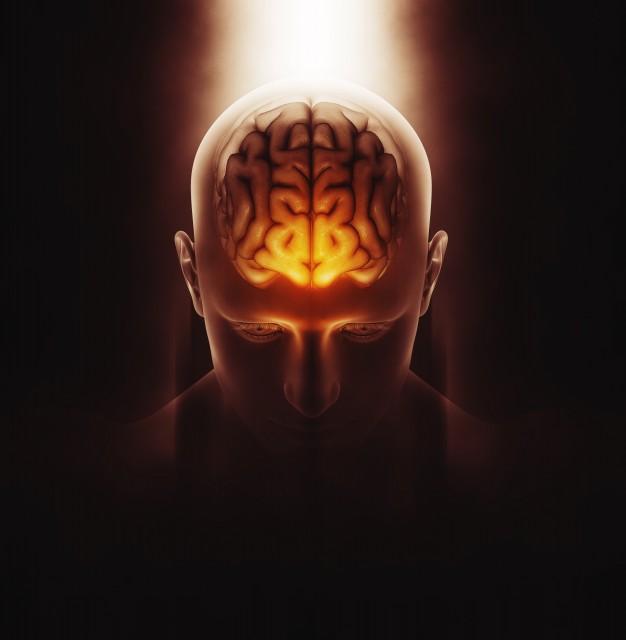 Have you ever wondered about what makes you, you? Is it your body in its entirety, is it any particular organ or perhaps do you believe in souls? These are fundamental philosophical questions that have always managed to escape the reach of science. Today science is nowhere close to providing an answer to the question-” What defines individuality and consciousness?”. However, a few scholars are coming up with some insightful and rational answers.

One such answer is closely related to your brain and its entire neural pathway consisting of 86 billion neurons- the connectome.

Throughout history heartbeat, pulse and breathing have been used to distinguish the living from the dead. However with growth in science and technology that might not be true anymore. A person can now be given mechanical life support that operates the heart and the lungs to keep him/her alive. Death today is defined more by the presence or absence of neural activity in the brain.

The human brain, it is to be noted, is a mysterious organ. Science has been trying hard to understand the relationship between its structure and function. Today there are well defined clinical procedures to orchestrate a heart, kidney or eye transplant, but the same is not possible with the brain. Even if it were possible, who do you think the person after a brain transplant is going to be? Is it the donor or the person who underwent the transplant itself?

Another interesting aspect of our brain is the way it stores our memories and experiences. There is, interestingly, no physical part/location within the brain that is responsible for the storage of memories. Instead, the entire brain along with all of its neural connections and pathways, the connectome, is where your memories are believed to be stored. The connectome is also what is believed to make you, you.

If this theory were indeed true, then preserving the connectome should theoretically render a person immortal. Sadly the brain degrades and its cells die beyond any meaningful preservation within a few minutes of a person’s death. Therefore if there is any way to preserve the brain it has to be done immediately after a person’s death.

2-3 years ago, a pair of brilliant individuals-Greg Fahy and Robert McIntyre- came up with a technique to preserve the connectome. The technique known as aldehyde-stabilised cryopreservation uses a fast fixative called glutaraldehyde and some other chemicals to preserve the brain in a vitrified state.

This was a huge breakthrough in the field of neuroscience because with vitrifixation (the process described above) and storage at extreme cool temperatures, i.e at least below -135 degree celsius, the connectome can be preserved for hundreds and thousands of years.

The tip of the iceberg:

However, preserving the brain is only the tip of the iceberg in the process of whole-brain emulation. Whole-brain emulation involves scanning the entire neural pathway of all the 86 billion neurons in a human brain to understand their intricate functionality and then creating an artificial simulation of the brain that can evoke a person’s individuality and essence.

As of now the first part of the process, mapping the entire neural network, can take an indefinite period of time. Consider this- a team of google scientists took 12 years and US$ 40 million just to map the central region of the connectome of a fruit fly. One can only imagine how much more difficult it is going to be, to do the same for an entire human brain.

Coming to the second part of the process, creating an artificial simulation, there is no technology to do so.

It is only possible in sci-fi movies where you see dead persons coming back alive in the form of cyborgs.

However, futurists and interested parties are optimistic that such a technology will come sometime in the future. They believe that preservation of the connectome until such a time is the first step in achieving whole-brain emulation.

However, research in this domain can open up new and interesting possibilities.

Now let us look at a few companies that are making great strides in the field of neuroscience:

About Neuralink: Neuralink is an ambitious startup based in California, United States. It seeks to create a high bandwidth brain-machine interface to connect humans and computers.

“ We are creating the future of brain interfaces: building devices now that will help people with paralysis and inventing new technologies that will expand our abilities, our community, and our world.”–The company describes itself.

About Kernel: Kernel is a pioneering neuroscience company based in California that seeks to create advanced brain recording technologies.

Led by a team of brilliant scientists and engineers, it seeks to create interfaces and insights necessary to understand the inner workings of the human brain and mind.

About Nectome: Nectome is a distinctive neuroscience company based in California, United States, that seeks to preserve the brain and keep all its memories intact.

It is a research organisation that conducts experiments to understand how the brain actually creates memories and it develops forward-thinking brain preservation techniques.

Women as the prime mover of Homeware

The Employment Challenge – Startups in the upskilling business

The youngest ever developer at Microsoft Israel and CEO of env0 – Ohad Maislish...

Vrinda Goswami - July 30, 2021
Breaking News
Headquartered in London, UK, IT/ Financial services platform Darwinex has secured a fundraise of US$ 3.5 million on July 29, 2021, from leading investors...

MedPrime Technologies secure an undisclosed amount in a seed fund

MGA Thermal raises AUD 8 Million in a funding round

US-based Fintech startup Landis raises US$ 165 million in Series A funding, partners with Will Smith

Indian Edtech startup Skill-Lync raises US$ 17.5 million in Series A...

MedPrime Technologies secure an undisclosed amount in a seed fund

MGA Thermal raises AUD 8 Million in a funding round