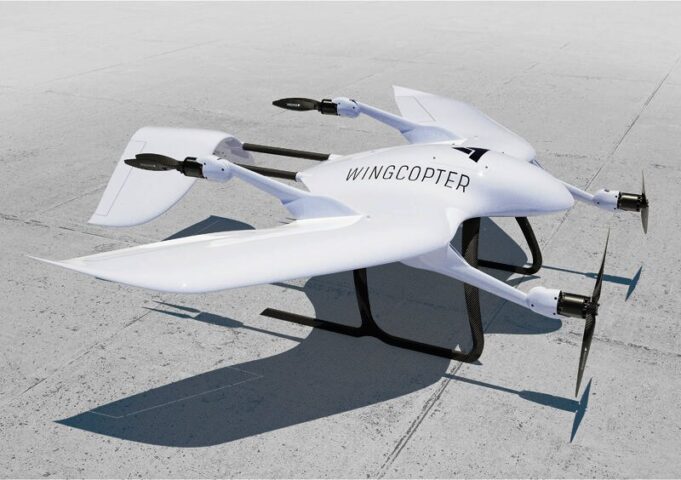 A German based drone delivery startup, Wingcopter, just secured US $22 million in a series A investment announced on January 24, 2021. The round was led by Futury Ventures (a German growth fund) and Xplorer Capital (A VC from Silicon Valley). This round stands as the company’s very first noteworthy investment after their bootstrapping stage and it goes to show how far they’ve really come in just a few years.

Purpose of the Investment

Wingcopter plans to use the earnings of the investment to expand its reach and offer its services to the US. The startup aims to develop an American facility that provides flight testing in order to meet the requirements for operational certification and in the long run, become a US-based drone technology company.

Wingcopter is an award-winning developer, producer and operator of autonomous eVTOL (electric vertical takeoff and landing) aircraft. They are devoted to improving the lives of the populace through impactful humanitarian and commercial applications. The company has carried out several significant operations including:

In addition to being an Original Equipment Manufacturer (OEM), the startup actively seeks to offer drone delivery as a service. The decision for this diversion came up after a review of the pros and cons associated with drone delivery in service terms by the co-founders. It was concluded that the addition of the service segment will not only generate more revenue, but meet the needs of many potential users.

Having recorded a substantial amount of successes in most of their undertakings, the sky seems to be the limit for Wingcopter enterprises. While the company just announced the close of its series A investment round, the startup is already making preparations with potential investors for their next round (Series B). Wingcopter is also actively looking to recruit a US-based talent in embedded systems software as well as flight operations testing. This is to help with their testing process as it is required by the FAA.

As of 2020, Wingcopter was named a “Technological Pioneer” by the World Economic Forum owing to their unique and patented platform. The startup not only supplies its own hardware, but also works closely with a lot of commercial flight drone companies. They’re currently in the process of obtaining their certification from the FAA as it is a major selling point for partners who don’t want to begin the tedious procedure of establishing their own in-house team of experts.

CEO and co-founder of Wingcopter, Tom Plummer said, “After applying for permissions, receiving it, flying BVLOS  and now operating in five continents and in multiple countries, we’ve learned that we’re now very good at operating drones. This venture is surprisingly becoming an excellent source of income. It ended up making over half of our total revenue at some point. In terms of scalability, our business model being an OEM is kind of linear.”

According to Plummer, the startup’s services could also be used in other areas such as observation and inspection, as well as to address difficulties in communication. The startup also plans to release a new model of drone in the nearest future. “We were really fortunate to bootstrap over the last 4 years. Just by selling drones and generating revenue, we were able to employ our first 30 employees. At some point though, you realize you want to keep the revenue constant on a monthly basis much like SaaS or Software business” said Plummer.

Established in the year 2017 by Ansgar Kadura, Jonathan Hesselbarth and Tom Plummer, Wingcopter has its headquarters in Darmstadt, Hessen, Germany. This round brings the total (official) investment of the startup to US $22 million in just 3 rounds. Wingcopter has a total of 4 investors so far including Hessen Kapital, Futury Ventures, Xplorer Capital and Corecam Family Office. The company has a vision to create sustainable and efficient drones for the purpose of saving and improving lives globally and already seems to be on the fast track to achieving it.