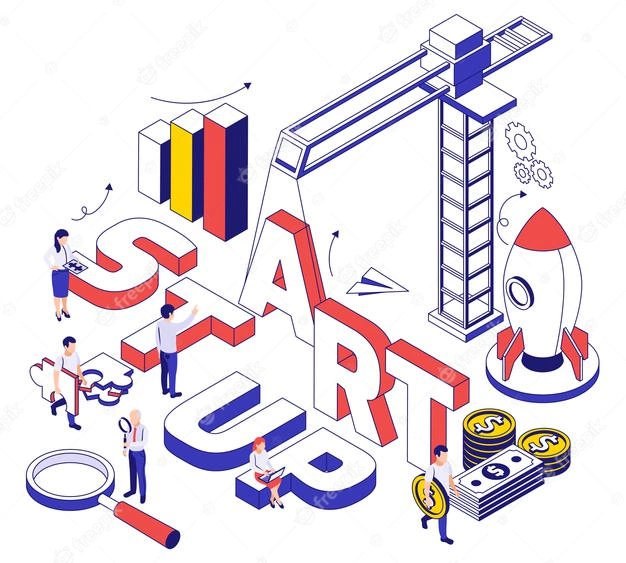 Welcome to VCBay Weekly News Roundup. Here are some important developments in the startup space and major funding rounds this week –

Mumbai, India-based 9Unicorns, announced that it is launching a Venture Capital firm that will be focused on startups initiated by students, which will be known as student capital or university fund.

The working model of the student VC firm is inspired by the California-based Dorm Room, a fund initiated by First round capital, a Venture Capital firm that is specialized in backing up tech startups in the seed rounds. The sector-specific fund intends to provide a fund size ranging from USD 50,000 – USD 75,000 each, every year to 20-odd startups.

US-based Sila, a banking as a service platform that makes money programmable for software teams, announced on Monday that it raised US$ 13 million in Series A funding for its banking and payments platform.

The funding round was led by Revolution Ventures with participation from existing investors Madrona Venture Group, Oregon Venture Fund and Mucker Capital and Wise co-founder Taavet Hinrikus. The total funds raised by Sila stands at US$ 20.7 million.

The fintech startup Nium becomes a member of the Unicorn club as the valuation of the firm takes off up to US$ 1 billion with the latest venture. On July 26 2021, Nium announced a fundraise of US$ 200 million in Series D funding led by Riverwood Capital with the active participation of venture firms like Temasek, Visa, Atinum Capital, Beacon Venture Capital, Vertex Ventures and Rocket Capital Investment, along with a group of angel investors like FIS’ Vicky Bindra, Tribe Capital’s Arjun Sethi and DoorDash’s Gokul Rajaram.

Headquartered in London, UK, IT/ Financial services platform Darwinex has secured a fundraise of US$ 3.5 million on July 29, 2021, from leading investors Stefan Jaecklin and its previous financial backer, Pinorena Capital, accompanied by Darwinex co-founders and some key employees.

Founded in 2012 by Javier Colón, Juan Colón and Miguel Angel González and controlled by the Financial Conduct Authority of the United Kingdom, Darwinex is a fintech reinterpretation of two enterprises. On one side, the startup serves as a ‘Broker’, enabling clients to engage in stocks, commodities, futures and currencies, with an optional choice to quote DARWINs. On the other side, as ‘Manager’.

US-based Exo, a pioneering health information and devices company, raised US$ 220 million in a Series C investment round on 29 July 2021.

The funding round was led by RA Capital Management with participation from BlackRock, Sands Capital, Avidity Partners and Pura Vida Investments. The funds raised will be used by the company for the commercialization of its handheld ultrasound device and its intuitive point-of-care ultrasound workflow solution, Exo Works.

German startup Aleph Alpha, which aims to revolutionize the accessibility and usability of Artificial General Intelligence (AGI) in Europe, raised US$ 27M in a Series A funding round on 27 July 2021.

The funding round was co-led by Earlybird VC, Lakestar and UVC Partners. Aleph Alpha has raised a total of €28.3 million (US$ 33.3 million) to date. The startup has a strong commitment to open-source communities such as Eleuther.AI and academic partnerships. It aims to support fairer access to modern AI research aimed at counteracting ongoing de-democratization, monopolization and loss of control or transparency.

Boston, US-based DataRobot, a startup that brings AI technology and ROI enablement services to global enterprises, raised US$ 300 million in a Series G funding round on 17 July 2021.

Headquartered in Singapore, Gumlet is an e-commerce content delivery SaaS network which specialises in media publishing automation and has closed US$ 1.6 million in a funding round held today, on July 27 2021. Sequoia Capital India’s Surge led the fundraise. Angel investors Miten Sampat, Aakrit Vaish, Swapan Rajdev and Yash Kothari were also witnessed participating in this round.

Gumlet was founded by Aditya Patadia and Divyesh Patel, who also created a pioneering AI startup in the visual search space Turing Analytics. Gumlet is a two-year-old startup that delivers 3Bn+ optimised images, illustrations and videos to 6000+ sites and apps weekly.

SaaS and cloud computing startup Contentful announced in its press release today, on 28 July 2021, that the company has received a fundraiser of US$175 million led by Tiger Global. This Series F financing brings Contenful’s total funding to US$ 3 billion to date.

The participation of other investors included Base10 Advancement Initiative and Tidemark and Contenful’s previous backers. Contentful unifies content in a single hub, structures it for use in any digital medium, and integrates seamlessly with hundreds of other tools through open APIs.

Bangladesh-based Shikho, an education technology startup building a hyper-localised digital learning ecosystem for students in Bangladesh, announced today that it has raised US$ 1.3 million in a seed funding round.

Investors: The funding round was co-led by LearnStart and Anchorless Bangladesh with participation from Wavemaker Partners and Ankur Nagpal, founder and chief executive officer of the online course platform Teachable. Shikho had raised US$ 275K in its last round of pre-seed financing last year from LearnStart and strategic angel investors.

Headquartered in Glasgow, space tech startup R3-IoT has closed a fundraise of US$ 4.3 million in a seed funding round from notable investors like US-based VC Space Capital and the Scottish National Investment Bank, held on July 27 2021. The venture round also witnessed the participation of angel investors like former CEO of BlackBridge Ryan Johnson, CEO of Rendered.ai Nathan Kundtz, former GM of Revenue at Shopify Loren Padelford and the University of Strathclyde.

Germany-based Grover,  a company that enables people to subscribe to tech products monthly instead of buying them, raised over US$ 1 billion (around €847 million) on 28 July 2021.

The funding round consists of a US$ 1 billion asset-backed facility from London-based Fasanara Capital, and an extension of its Series B funding round from around €60 million to €84.5 million. The debt funding will be provided to a special purpose entity that will acquire and own the products Grover’s customers subscribe to, thus separating the ownership of the assets from Grover’s subscription platform.

Singapore-based blockchain transaction platform Biconomy, which builds transaction infrastructure for next-generation Web 3 applications, raised US$ 9 M in a funding round on 28 July 2021.

Located in Rajasthan, India, skincare and beauty brand Minimalist has recently closed a fundraise of US$ 15 million in Series A funding round led by Sequoia Capital India and UK-based Unilever Ventures. The financing round also saw the participation of multiple international investors. With the latest venture secured on July 29 2021, the startup holds a total valuation of US$ 14.8 million (INR 1.1 billion). Minimalist is a skincare brand parallelly equivalent to transparent beauty in terms of the ingredients they use in their products, and the company is highly vocal about it.