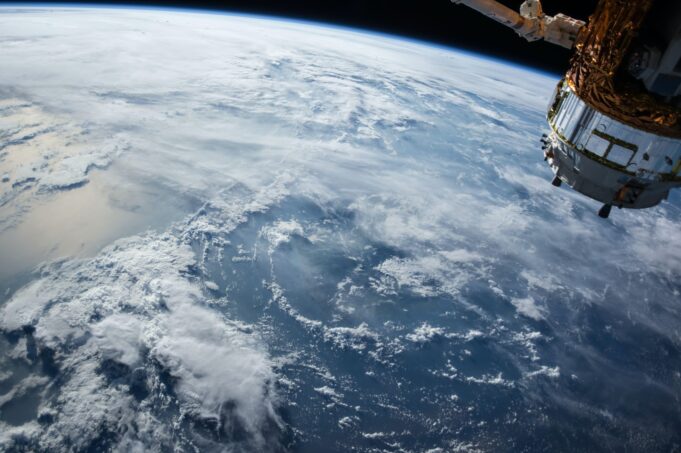 India is developing and evolving by making huge advancements in the space tech industry. With all this innovation they are attracting more and more investor’s attention. As there is enormous competition in the space tech sector, 60% of the startups fail without reaching the peak of success.

India holds only 3% of the global space market which is valued at more than USD 350 billion. In manufacturing satellites, India has a 5% stake and 2% in rocket launches.

On the current situation of India in the global space market, the government body Indian Space Research Organisation (ISRO), has asked private ventures to actively take part in space missions and utilize the resources in the country.

After missions like Mangalyan, SSLV, PSLV, Chandrayan, and more, India is getting more focused on the Aerospace sector, to be listed in top space tech nations in the world.

In this article, we have gathered the top 10 space tech startups in India. The ranking of the startups is based on the capital raised by them. (source: CrunchBase)

NoPo Technologies was founded with a vision of making humanity a space faring species. They manufacture high quality HiPCO® Single Walled Carbon Nanotubes for use in different markets. The carbon nanotube helps to reduce mass fraction allowing for safer trips and increased payload.

Astrogate Labs develops space communication systems that tackle the impedance of high-speed communication in space. The infrastructure of the company provides top-notch and secure communication links at a lower mass form and power at high data rates, unlike RF systems. This innovation allows the space industry to deal with high spectrum licensing costs and low bandwidth.

Kawa Space is a satellite observation platform on a mission to democratise space for all. It organises the world’s satellite data and makes it universally accessible, queryable, and instantly useful. Kawa’s GEOINT platform enables teams of all sizes to decode their area of interest using a simple API call.

Aantriksh is a space exploration, technology and education company. The company funds, supports and connects different innovative startups through an innovative group of programmes and people to increase sustainable growth of the economy.

The company works on advanced rocket propulsion and in-space propulsion systems. On February 8th 2021, it announced its partnership with Skyroot Aerospace (one of the startups on our list) to work on a joint mission.

The startup has its labs in the Indian Institute of Science, and it has also signed an MoU with Dhruva Space  (one of the startups on our list) to work on a joint mission. Currently, it is developing a ‘space taxi’, an OTV, orbital transfer vehicle. The company is also planning to launch its rocket Chetak by 2023.

The company works on small satellites for commercial, academic markets and the government. Currently, it’s working with ISRO and ESA. Dhruva Space signed a deal with AMSAT in 2014 to work jointly on an amateur radio satellite. In 2020 the company joined forces with Skyroot by signing an MoU to work on a joint space mission.

Pixxel is the only space tech startup that qualified for the 2019 Techstars Startbust Space Accelerator in LA, California, from Asia. In 2020 the startup also partnered with Newspace India Limited (NSIL), a commercial arm of ISRO to launch a remote sensing satellite of Pixxel on ISRO’s PSLV rocket. The company is planning to launch the ‘World’s highest resolution hyperspectral satellite constellation.’

Agnikul recently launched the world’s first fully 3D rocket engine, the ‘Agnilet’ a semi-cryogenic rocket engine. It was India’s first space startup that entered into an NDA with the DoS, Department of Space under the newly established Indian National Space Promotion and Authorisation Centre (IN-SPACe). It aims to develop and launch its small-lift launch vehicle namely ‘Agnibaan’ by 2022.

Skyroot Aerospace is the first-ever privately-owned startup to develop a possibility of making a homegrown rocket engine. The startup develops small satellite launch vehicles (SSLVs). On february 8th 2021, Skyroot partnered with Bellatrix Aerospace to use the OTV with their launch vehicle of Vikram series. The company has been developing its first launch vehicle, “Vikram-I,” expected to be launched by December 2021.