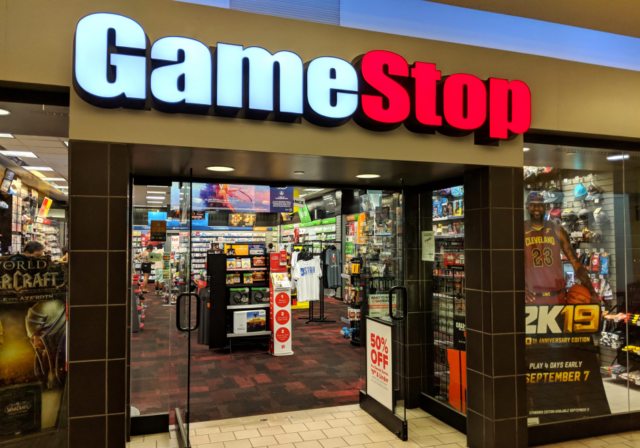 GameStop’s meteoric rise as one of the first meme-stock icons is gradually losing its steam as its shares fell more than 17% after the company said that it plans to sell more shares is eyeing at a turnaround strategy. GameStop is aiming to become an Amazon for gamers.

GameStop stock, which got a huge Reddit and social media, surged about 1,300% in 2021, even after being an ailing brick and mortar video game retailer. Now the company is planning to pivot or undergo an e-commerce transformation in the coming months.

On Wednesday, GameStop announced that it plans to issue 5 million more shares of stock and it has hired two Amazon executives to serve as the new CEO and CFO, during an earnings call. The company wants to reinvent itself as an e-commerce success.

GameStop announced that it is executing “strategic de-densification efforts” by closing 12% of brick-and-mortar stores this quarter. It will open a new fulfilment centre in Pennsylvania to ship out its products. The newly hired executives from Amazon will be better at executing this strategy as they better understand e-commerce. But still, closing its stores and improving its shipping can only get the company so far in its e-commerce strategy.

Even as the company experienced its stocks soaring in the market, there were not any material changes in its financials or results of operations. The company’s earnings have not necessarily risen and have been rather stagnant. It has become difficult for the company to capture a saturated online market for video games against giants like Amazon, big-box retailers, and gaming platforms that sell directly to customers. People can now easily download video games online, directly to a console or computer, or subscribe to Microsoft’s Xbox Game Pass.

GameStop announced on Wednesday that it would issue 5 million new shares, worth US$ 1.5 billion at today’s share price. It would be its second offering in two months. The company had raised US$ 550 million in April by selling 3.5 million shares.

The company has been slow to capitalize on its soaring stock price as compared to its fellow meme stock AMC which has issued more than 100 million new shares of stock this year.

In the earnings call, GameStop told investors that the money will be utilized for its e-commerce transformation and for “general corporate purposes and further strengthening the balance sheet.” However, the specifics about the “transformation” remain unclear and vague.

Komal Pattanayak - May 5, 2021
Breaking News
Paris-based, Fintecture, a next-gen payment infrastructure solution provider raised € 6.2 million in seed round funding on 4 May 2021. Investors: The seed funding round...