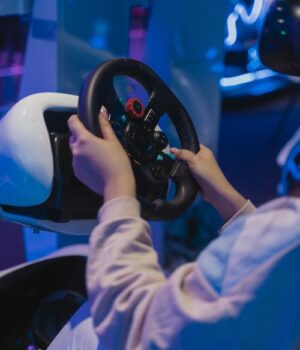 Tel Aviv, Israel, based teleoperation startup Ottopia announced on 23rd April 2021 that it has raised US$ 9 million in its series A funding round. The round was led by IN Venture and Hyundai along with participation from Nextgear Ventures, MizMaa Ventures and  Maven Ventures.

Investors: IN Venture is the venture capital arm of Sumitomo Corporation and it invests in early-stage technology startups with a focus on Israel’s venture capital landscape. Led by a team of Israeli and Japanese professionals it is focused on value creation and making a global impact by enabling startups to reach their full potential.

Hyundai on the other hand is a well known South Korea based automotive giant. Along with subsidiary Kia Motors, the Hyundai Motor Group was ranked the fifth-largest automotive manufacturer in 2012 based on vehicles sales.

Purpose of investment: The latest round brings the total funds raised to date by Ottopia to around US$ 12 million. The funds from the current round would be used by Ottopia to increase its headcount and open an office in the United States.

Ottopia was founded in 2018 by Amit Rosenzweig. It is essentially a teleoperation company that enables people to remotely control their vehicles through its platform. Rosenzweig has had a decorated career having worked for the Israeli intelligence, Israeli airforce and Microsoft in a cybersecurity role.

Having worked in multiple tech roles, he was intrigued by the concept of autonomous vehicles. He was of the opinion that like every other mission-critical system, autonomous vehicles too might need a certain degree of human intervention. That’s is why he came up with Ottopia which enables people to control their vehicles from thousands of miles away.

The functioning of Ottopia is pretty remarkable. Its software along with its hardware, like cameras, monitors and sensors, is used to create a teleoperation centre. A teleoperation centre has monitors showing the driver’s view to a person. It basically works in a similar manner as a virtual driving school, except this time there is a real car moving out there.

What the CEO has to say:

“The motivation is really simple — it’s simple but it’s hard to do — and that’s to make affordable autonomous transportation closer to reality. The problem of course is that when an AV does not have any kind of backup or any kind of safety net in the form of teleoperations and it gets stuck, passengers are going to get anxious, ‘what’s going on, why, why is this not moving’.”— Amit Rosenweig, founder and CEO of Ottopia.