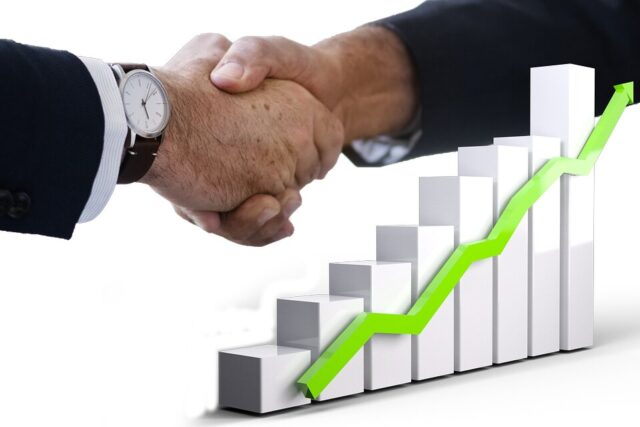 The term “venture capital” (VC) is perhaps one of the most common concepts in the world of startups today. It talks about an investment style where an individual or a company provides the needed capital to startups that show high-growth potential in exchange for an equity stake. To truly understand, thrive in, and perhaps, shape the future of the industry today, it becomes vital for us to know the history of venture capitalism.

A famous saying goes: “Those who fail to learn from history are doomed to repeat it.” With this in mind, let’s take a walk through history to find out the origins and journey of this great industry from ground zero to being one of the biggest juggernauts of financial services in the world today.

Every great tale has to begin somewhere.

Although the notions behind venture capitalism have been around since the late 15th century, it wasn’t until 1946 that the practice was formally realized. The establishment of the American Research and Development Corporation (ARDC) by George Doriot was the first action that put the industry on the map. George Doriot later became known as the “father of VC.” The ARDC possessed many of the features typically associated with modern venture capitalism since they provided financial backing to the latest technologies and received massive ROI (return on investment).

The ARDC recorded its first investment success by financing Digital Equipment, a pioneer in minicomputer technology. Their investment went on to reap bountiful rewards as their primary investment of US $6 million led to a stupendous US $400 million return on investment. Such sizable returns earned global attention as people and firms started clamoring to invest in emerging businesses in the hopes of gaining enormous returns.

An industry destined for greatness

Having originated from the United States, venture capitalism gained widespread recognition within the country and beyond. The industry was, however, limited by certain constraints associated with government policies for small businesses. The government responded positively to this by passing a new act, making VC more accessible.

After the passing of the Small Business Investment Act of 1958, venture capitalism became a much more open enterprise. VC firms used to require help from outside bodies to complete large-scale transactions, so the act was crucial for the growth of the venture capital industry. Decades later, its impact on VC firms became abundantly clear as firms had invested nearly US $750 million in startups by the end of 1978.

The sky became the limit as the US became motivated to support its entrepreneurial businesses to defeat the Soviet Union in coming up with innovations, a more than welcome shift from the production of weaponry to that of consumer goods. This ultimately meant that every venture capital success tale became an All-American success tale as well.

VCs and the tech revolution

The tech industry was revolutionized during the 1950s, owing to the shift from vacuum tubes to silicon-based transistors in computer software. The success of the semiconductor would not be possible without the financial backing of venture capital firms. The initial venture-backed startup, Fairchild Semiconductor, was the first company to manufacture a practical integrated circuit for commercial use. Founded in 1959,

Fairchild put the silicon in Silicon Valley (formerly known as Santa Clara Valley). The valley went on to host various tech businesses and became the wellspring for venture capitalism the world knows today. VC firms played a vital role in the success of startup giants today like Google, Apple, FedEx, and Electronic Arts, to mention a few. Silicon Valley is now the base of operations for tech leaders globally, sustaining the relationship between the tech industry and venture capitalists for years to come. Suffice to say, most of the cutting-edge devices like smartphones and various other gadgets are venture capital funds at work.

Being a newly emerging industry, the risks associated with venture capitalism were not fully realized at first. Venture capitalists began to take bigger risks, as they believed it would generate higher returns. Investors wrongly assumed they were shielded from loss because of the compounding growth of the tech sector and the rising popularity of the internet.

Not long after, a series of events involving the increase of interest rates and the Japanese recession triggered a global sell-off with fatal implications for technology stocks.

The “spray and pray” investment style employed by VCs at that time resulted in massive losses as venture capital firms had been giving inexperienced entrepreneurs multi-million dollars, believing that greater investment would lead to greater returns. Most of these VC firms were inexperienced themselves, leaving numerous startups stranded without adequate supervision. This immaturity is the foundation of alternative investment programs like accelerators, which specialize in mentoring startups post-investment.

The state of the industry today

VCs have since recovered from these uncertain times. There has also been a drive to support late-stage financing, balancing with early-stage funding, which had flushed the market in earlier years. Through it all, VC firms haven’t lost their reputation as financial powerhouses, and it doesn’t seem like this will change anytime soon.

B Corps and the Uncertain Future of Shareholder Capitalism