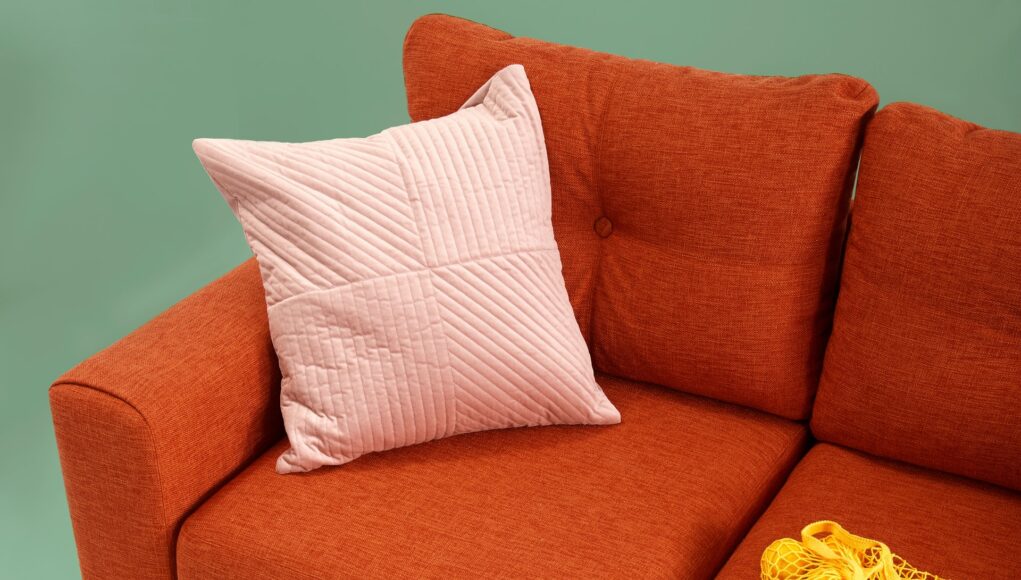 The $32 billion (USD) Indian furniture industry, which is set to grow to $61 billion (USD) by 2023, is undergoing rapid transformations with some of the largest companies in the world throwing their hat in the ring to disrupt the industry. Until a few years ago, the furniture industry was largely untouched by technology and did not elicit any interest from the startup community as it was a tricky industry to pursue. The non-standard nature of the products, the Indian consumer’s preference for local retailers/carpenters, and the supply chain and logistics issues dissuaded newcomers from entering the industry. But post 2010, the industry witnessed a sea of change with the rise of startup giants- PepperFry and Urban Ladder, entry of Swedish home furnishing giant- IKEA and e-commerce behemoths Amazon and Flipkart, who’ve added furniture to their vast catalogues. Flipkart, which entered the furniture category a few years ago has already become the largest online furniture player by reaching 100% of the serviceable pin codes in the country by leveraging its vast network of warehouses and distribution centres.  The pandemic boosted the industry’s prospects with the rise of work-from-home and study-from-home, inducing people to invest in furniture so that they’re comfortable while working/studying from home.

In this edition of Startup Giants, we’ll focus on the home décor giants- Urban Ladder and PepperFry and explore the opportunities and challenges they face.

The SAIF Partners-backed startup was founded in 2012 by Indian Institute of Technology grads- Ashish Goel and Rajiv Srivatsa. Studios are experiential centres, and unlike traditional furniture stores, there are no sales taking place in these centres; instead, they are staffed with architects and interior designers meant to guide customers to choose the right type of furniture. They are designed as customer engagement centres with trained consultants addressing queries and directing people to the startup’s website for purchase. They are part of a broader push towards an omnichannel strategy as the startup giants realized that consumers liked to have a look and feel of the furniture before purchasing. Urban Ladder, which allocated $3 million (USD) for its brick and mortar expansion, has a combination of large-format and small studios, with the large ones typically being 4000 -7500 sq. ft. in size, covering its entire product range and the small ones known as Sofa Lounges which are around 1000 sq. ft. focus on sofas, coffee tables, lamps etc. The furnishing giant divided its customer base into three categories based on their shopping patterns-

It was recently acquired by Reliance Retail Ventures Limited (RRVL), a subsidiary of the Indian conglomerate Reliance Industries Limited. The deal involved RRVL buying a 96% stake in Urban Ladder for a cash consideration of Rs 182.12 crores (~USD 25 million); RRVL also proposed making a further investment of Rs 75 crores (~USD 10 million) by Dec 2023. The home décor giant was acquired for a fraction of what it was worth, given that it was valued at Rs 1,200 crores (~USD 165 million)  in 2018 and Rs 750 (~USD 103 million) crores in 2019.

So what explains the steep drop in valuation?

Urban Ladder, which boasts of an impressive catalogue of over 2000 products across 35 categories such as bedroom, living, dining and study, is one of the most loved consumer brands, and it was one of the few profitable Indian startups reporting its maiden profit of Rs 49.41 crores (~USD 6.7 million) in FY19. It had an audited turnover of Rs 50.61 crores (~USD 6.9 million) in FY17, 151.22 crores (~USD 20.6 million) in FY18 and Rs 434 crores (~USD 60 million) in FY19. But despite its financial performance Urban Ladder started facing issues as early as 2017 when its funding rounds that year and the next were only supported by existing investors such as Sequoia, SAIF, and Steadview Capital. To date, the startup has managed to raise just $114.9M (USD), which is less than half the amount raised by its competitor PepperFry. There are several reasons for its failure to raise an adequate amount of funds-

These issues led to continuous exits of key personnel such as Rajiv Srivatsa- the co-founder, Vani Kola-Managing Director of Kalaari Capital, one of Urban Ladder’s major investors who stepped down from the company’s board, Chief Marketing Officer Sanjay Gupta, Rushabh Sanghavi-Vice President, Category and Sourcing, Nikhil Ramprakash- Vice President for Online Sales and Marketing and Parag Shah-Vice President, Fit-outs, Urban Interiors and Alliances. In addition, the startup fired 40% of its staff in 2019, bringing down the total workforce to around 700 employees from its highest level of 3000 employees in 2016. The pandemic further battered the business forcing the existing investors to exit at such a low valuation.

Founded in 2011, the startup giant has raised $245.3M (USD) to date in 9 funding rounds. The Mumbai, India based startup is the brainchild of former eBay employees Ambareesh Murty and Ashish Shah. The founders first pitched the idea of an online furniture marketplace to a VC firm in mid-2011. At that time, the concept of an online furniture marketplace was unheard of, and the founders had to start from scratch. So they set out to build a platform with well-curated offerings from specialist merchants and artisanal woodworkers and digitized their catalogues; they also maintained a personal relationship with the suppliers. After listing the products, they leveraged data analytics to fine-tune their offering and provided feedback to the manufacturers on designs and trends based on consumer choices. Realizing the importance of an omnichannel presence, they opened their first experience centre- Studio PepperFry, in Mumbai in 2014 and have since expanded to 65 studios across 28 cities. Unlike its counterpart, PepperFry, which was dissatisfied with the services of third-party logistics providers, built its own logistics arm, including first-mile pickup and last-mile delivery of all the startup’s furniture. Currently, the startup has the ability to deliver in 300 towns and plans to add 8-10 new fulfilment centres to its existing suite of 23 warehouses with a total area of 1 million sq. ft.  PepperFry, whose net loss widened to Rs 183.5 crores (~USD 25 million) in FY19, posting total revenue of Rs 206.8 crores (~USD 28 million), attributes 30 percent of its sales to its studios. Recently, PepperFry ramped up the number of studios doubling it from 29 at the end of FY18 to its current level of 65; the reasons for such an aggressive approach include-

The startup has also ventured into other segments by entering the furniture rental space and offering home services such as polishing and cleaning the furniture. The Goldman Sachs backed startup launched PepperFry Bespoke , designed to tap the $8 billion (USD) market consisting of customers seeking to renovate their house and looking for other products such as paintings, tiles, plumbing etc.

PepperFry quickly recovered from the pandemic, posting sales volumes of 40% of pre-lockdown sales in May, 70% in June, 85% in July and then 100% of pre-lockdown volumes in August 2020. The startup’s home-office category, specifically the study tables and ergonomic office chairs, grew by a whopping 250% and 400% respectively in August last year when compared to pre-lockdown levels. The category contributed 25% of the overall sales volume compared to 10% before the lockdown. The startup is also planning for an IPO in the near future.  Overall, PepperFry’s growth can largely be attributed to its four-pronged strategy: omnichannel retail, technology, supply-chain synergies, and brand-building.

The world’s largest furniture retailer that opened its second flagship store in Navi Mumbai (22kms away from the city of Mumbai) last year is all set to further disrupt the industry. The Swedish giant, which houses 7,000 products in its Navi Mumbai store alone with over 1,000 of these products priced below Rs 200 (~USD 3), is known for its competitively priced furniture. IKEA, which celebrated its first anniversary of operating in India in 2019, secured regulatory approval to enter the country way back in 2013, and it took significant investments and effort before it could open its first store in Hyderabad (located in the state of Telangana in South India) in 2018. The furniture behemoth with more than $40 billion (USD) in revenues wants its stores in India to be accessible to 100 million people in the next 2 years. It is in the process of constructing another store in the southern city of Bangalore and recently announced the acquisition of land in Noida, a satellite city adjacent to Delhi to construct a $753 million (USD) multipurpose mall. Further plans include constructing a second store close to the nation’s capital and two smaller stores in Mumbai that’ll open this year. The pandemic helped boost the online sales of Ikea, which now accounts for 40% of total sales compared to 10-15% a year ago.

The acquisition of Urban Ladder by RRVL has apparently breathed new life into the startup, and it can help reduce its customer acquisition costs by tapping into the vast reach of RIL and its subsidiaries. Ikea’s expansion and increased percentage of online sales combined with PepperFry’s upcoming IPO and its own expansion can entirely change the current status quo. Eventually, smaller and weaker players will get acquired as the market moves from a shakeout stage to a maturity stage.

Raghavendra Kudva - April 3, 2021
Breaking News
Curri, a California based startup that provides organised delivery of construction materials and supplies, announced on 2nd April 2021 that it has raised US...