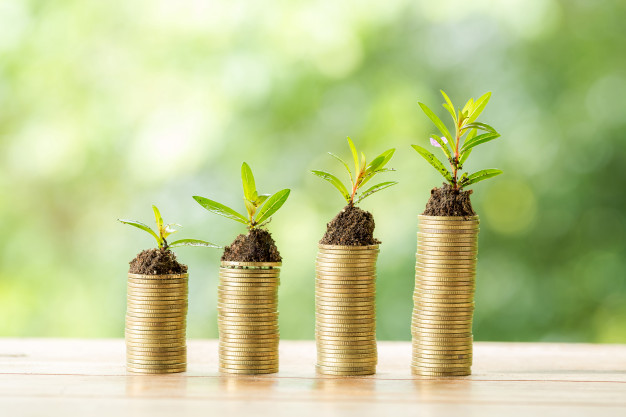 If you are a regular reader then you surely must have come across the term Green Economy being used repeatedly over the past few years. Only two years ago did we get to witness the remarkable speech of climate change activist Greta Thunberg blasting world leaders for not doing enough to address climate change. It is because climate change is real and geologists are even proposing a separate epoch to highlight the effect our species has had on the planet.

So what exactly does the term Green Economy mean? Before we get into that let us first understand what economy/economics stands for.

Economics has been defined and then redefined by various economists. From the classical wealth definition of Adam Smith to the scientific definition of L.Robbins, you will find a myriad of definitions being given to take into account the changing world. Today, however, the most widely accepted definition of economics is the Growth definition given by Prof.Samuelson and it goes like this:-

“Economics is the study of how people and society choose, with or without the use of money, to employ scarce and productive resources which could have multiple uses, to produce various commodities over time and distribute them for consumption, now or in the future among various people and groups in the society.”

To better understand how an economy works let me give you an analogy. Consider your own body, which is a perfectly interconnected and interdependent network of all vital organs. Similarly, an economy is an interconnected network of industries and households which function with money acting as a medium of exchange. If there is a malfunctioning in any one vital organ, it can put you at death risk. Similarly, disruption in the functioning of any one major industry can put the entire economy in turmoil. Take for instance the case of India, which is widely regarded as an agrarian economy. A nation-wide bad season of agriculture due to floods or any other reason can have an impact on the economy. The agricultural income will fall leading to a fall in rural demand, which will then be compensated by bringing down the supply, which then will lead to unemployment bringing down peoples income again, and the cycle goes on. If not controlled, it can soon turn into a vicious cycle of unemployment, slowed growth, and chaos.

Now, a green economy may be understood as a system of production and consumption in such a manner so as to preserve and protect the environment in the long run. It means a shift from conventional oil-based industries to much cleaner industries dependent on renewable energy. It also means inculcation of the 3 Rs, namely: reduce, reuse and recycle.

How do we bring in a green economy:

Now obviously we cannot simply eliminate traditional industries just because they are not sustainable. It would be like removing someone’s lungs just because they are malfunctioning. What is required is a carefully oriented strategy to facilitate the transition from oil-based industries to greener industries.The push for a greener economy is not an action, it is a process that requires continuous action. Currently, it can safely be said that there is a lack of both political motive and will to speedily introduce and implement such a strategy. However, the Covid-19 pandemic presents a unique opportunity to the world leaders to make a start. Owing to lockdown and dampening of demand many industries are on the verge of collapsing. Instead of helping them get back on their feet, what governments can do is provide them with sufficient incentives to inculcate green practices and facilitate the growth of other greener startups.

In this context let us look at a few notable green-tech startups that have the potential to revolutionize the world.

About Sono Motors: Sono motors is a German company looking to introduce fossil fuel free mobility. It plans to do so via its innovative electric cars with alternative power technologies and innovative sharing services.

About Zeleros: Zeleros is a Spanish company that seeks to develop hyperloop systems for much safer, efficient and cleaner means of transport.

The startup is currently collaborating with leading companies such as Altran & research centres and is backed by investors from Silicon Valley Plug and Play Tech Center, Climate-KIC, and Angels, the investment fund of businessman Juan Roig.

About Energy Vault: Energy Vault is a Switzerland-based company, that endeavours to provide gravity and kinetic energy based long-duration energy storage solutions.

Energy Vault solution utilizes the same fundamentals of physics and kinetic energy as pumped hydro but replaces the water with custom made composite blocks utilizing an extremely innovative use of low-cost materials.

About Refurbed: Refurbed is an Austrian startup that is dubbed “ The Amazon for refurbed electronics.”  It sells refurbed/renewed electronics such as cell phones, laptops, and tablets that are at least 40% cheaper and a lot more environmentally friendly.

Refurbed seeks to reduce the amount of e-waste in the world and its increasingly negative repercussions on our planet.

Creative niches for starting a business in India

The present soaring trend of Bitcoin and the ‘promising’ future