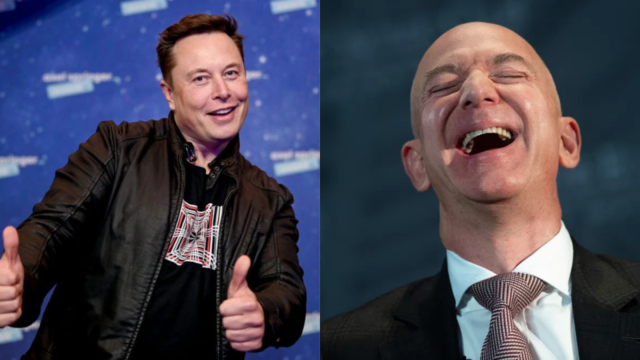 It was not even two days ago that Jeff Bezos had reclaimed the title of the world’s richest person, ending Elon Musk’s six-week stint at the top of the list, but yet again — Musk is back to claim the throne. The billionaire’s wealth rose to US$ 199.9 billion after SpaceX concluded its funding round on 18 February 2021.

On 16 February, Elon Musk lost about US$ 4.5 billion after Tesla’s shares fell 2.4% moving him to the second place on Bloomberg Billionaires Index ranking. Even though Musk wasn’t alone and Jeff Bezos’ net worth also fell, Musk took a bigger hit. Jeff Bezos lost about US$ 372 million and according to the index, he was worth US$ 191 billion, while Musk was US$ 190 billion.

After the SpaceX funding round, Musk made it to the top of the Bloomberg Billionaires Index for the second time this year. His dethronement was for just a brief moment. SpaceX raised US$ 850 million in fresh funding from investors led by Sequoia Capital. The company is currently valued at US$ 74 billion after the round, a 60% jump from August. As of 19 February 2021, the index says that Elon Musk is worth US$ 200 billion while Bezos is worth US$ 194 billion.

Musk recently invited the Russian President Vladimir Putin for a chat at Clubhouse. A spokesperson for the Kremlin said that even though Putin isn’t active on social media, Musk’s invitation was “undoubtedly very interesting.” Elon Musk keeps hitting the headlines for his tweets now and then. He had sent the stocks of Signal Advance Inc., Shopify Inc., Etsy Inc., and CD Projekt SA rolling and stirred up the prices of the cryptocurrencies Bitcoin and Dogecoin recently.

In early January, Musk had made his way to the top of the billionaire index when Tesla’s stock was skyrocketing. The 170 million shares of Tesla owned by him, increased in value by US$ 106 billion during 2020. Last year was a good year for Amazon as well. Jeff Bezos’ stake in Amazon increased by US$ 75 billion in 2020, to US$ 173.3 billion. A few days back, he announced that he will step down from his CEO role, transitioning to the role of executive chair this year.

While the competition between the two billionaires – Musk and Bezos is likely to go on, Bill Gates remains the world’s third-richest person with US$ 136 billion of worth as of 19 Feb 2021.

Washington based company Bottomless raises USD 4.5 million in Series A

Washington based company Bottomless raises USD 4.5 million in Series A

Citics raises US$ 1M in pre-Series A funding

Washington based company Bottomless raises USD 4.5 million in Series A...