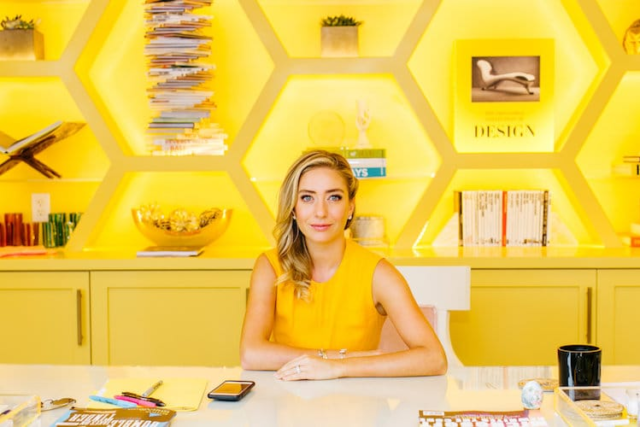 The CEO and founder of the dating app Bumble, Whitney Wolfe Herd became the world’s youngest self-made woman billionaire after the shares of the company soared during its initial public offering on Friday.

Whitney Wolfe Herd’s stake in Bumble, a women-centric dating app, was worth nearly US$ 2 billion. Bumble was valued at US$ 15.69 billion on Friday, its stock price nearly doubling from the initial public offering price of US$ 43 per share. Herd owns 21.5 million shares in the company which equals 11.6% stake, having a market capitalization of US$ 8 billion.

Backed by Blackstone Group Inc, Bumble is a dating app where you can create a profile with your pictures and swipe through potential suitors, just like Tinder. But one thing that makes Bumble different is that it only allows females to make the first move and they have to send the first message. If the woman fails to send the first message within 24 hours after matching, the match is lost, but men can extend the window for an additional 24 hours by paying a fee. This feature is added to inspire women to make the first move and give them more power over men.

The app not only helps you find suitable dating partners but also friends and people to network with. Its BFF mode helps the user find people of the same sex that Bumble thinks will make a good friendship, while Bumble Bizz allows for professional networking with relevant people and help them build their career.

Wolfe Herd graduated in International Studies from the Southern Methodist University’s Dedman College of Humanities and Sciences. She founded the Bumble app in 2014. She also made it to the Forbes list of America’s most successful women entrepreneurs and executives in 2020 and the 30 Under 30 list.

Wolfe Herd is also a co-founder and former VP of the rival app Tinder. She later sued Tinder, alleging that her co-founders sexually harassed her. Tinder parent Match Group Inc. had to pay about US$ 1 million to settle the dispute.

Bumble also owns the dating app Badoo, and both are used in 150 countries with more than tens of millions of monthly subscribers, claims the company.

SiCepat bags US$ 170M in Series B funding

Bangalore based company Stelis Biopharma secures US $ 195 million in...