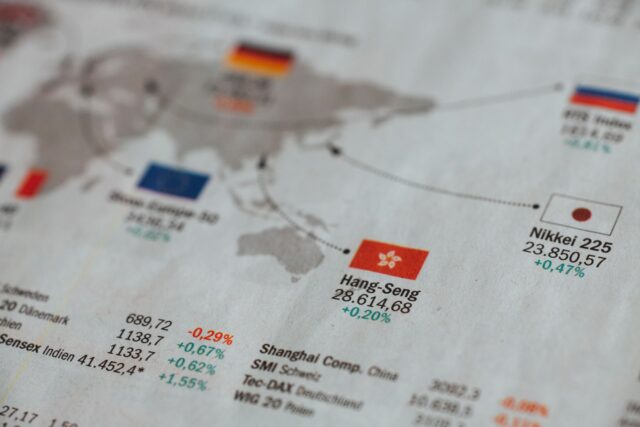 A nation’s economy has a significant impact on the lives of its citizens and determines its future trajectory. While an average citizen is not necessarily concerned about the health of the economy at all times, an entrepreneur does not have that luxury, he/she has to feel the pulse of the economy to make crucial decisions related to investments, hiring or expenditures. So an entrepreneur has to keep track of the latest economic indicators and know the meaning and significance of them.

According to the Corporate Finance Institute, an economic indicator is defined as “a metric used to assess, measure, and evaluate the overall state of the health of the macroeconomy.” The indicators are divided into three categories, leading, lagging and coincident.

Usage: Growth in Real GDP is a positive sign for the economy.

GDP is the market values of all final goods and services produced within the domestic boundaries of a country in a particular year. Final goods are those that are used as end products and resales are not included. It is an indicator of the size and health of the economy. GDP is categorized into nominal and real GDP, the main difference is that real GDP is adjusted for inflation. There are two ways to measure the GDP- income approach and the expenditure approach.

Usage: Generally if a country’s major stock market index shows an upward trend, it is good for the economy, but it’s not entirely reliable.

The balance defines stock market indices as “a compilation of stocks constructed in such a manner to replicate a particular market, sector, commodity, or anything else an investor might want to track. Indexes can be broad or narrow.”

A broad-based index has a sufficient number of stocks and can be representative of the entire market whereas a narrow-based index has only a few stocks, generally from a specific industry.

Stock market indices of major economies are observed closely by investors across the globe and they are one of the best signals of the market sentiment. Some of the major indices are the S&P 500-(U.S), DJIA (U.S), FTSE 100 (London), Sensex (India), Nikkei 225 (Japan) and Hang Seng (Hong Kong).

There are different ways in which the stocks are weighted, such as price weighting, equal weighting, market-capitalization weighting, and fundamental weighting.

Future expectations of a company are factored in its stock prices. Assuming that a company’s earnings estimates are accurate, the stock market can function as a leading indicator of the direction of the economy. For example, if the stock market is down it could indicate that earnings of most of the companies are expected to decrease and that the economy’s growth rate has slowed down or is headed towards a recession.

But generally, stock markets are not viewed as an accurate leading indicator because creative accounting can be employed to window dress financials and stock prices can be artificially inflated through complex trading strategies.

Usage: The lower the unemployment, the better the performance of the economy.

It is one of the most important and closely watched economic indicators. It indicates the well-being of the economy and its labour force. Types of unemployment:

Generally, low levels of unemployment are preferable.  In the U.S, the Bureau of Labor Statistics releases a monthly estimate of the cumulative number of jobs lost/created in the previous month, and figures relating to the percentage of Americans that are unemployed and actively looking for jobs. The non-farm payrolls represent the total number of workers employed by U.S. businesses, excluding general government employees, workers in private households, employees of non-profit organizations that provide assistance to individuals and farmworkers. It is important to note that the unemployment rate only reflects people who are unemployed and are looking for work. If more companies are hiring, it signals that the companies are performing well and more hiring results in more number of people who have money to spend.

Usage: A moderate amount of inflation is necessary to sustain economic growth.

Inflation is defined as the general rise in prices of goods & services over time.  There are two types of indicators under inflation-

CPI measures the aggregate price level in an economy. It is an indicator of the purchasing power of a country’s currency and the price level of a basket of goods and services. The basket consists of the most consumed goods and services by residents of all age groups. It tracks the change in the current price of the basket when compared to the previous year and the CPI is calculated on a monthly or a quarterly basis. The prices in a particular year (base year) will have an index value of 100 and this value is used as a basis for comparison to determine the inflation level in the economy. For example, a value of 105 in 2021 when compared to 100 in 2010 (base year) indicates that there’s been a 5% rise in the price of the basket of goods & services when compared to the base year.  Core CPI is a variant of CPI which excludes prices of volatile components- energy and food products.

PPI tracks changes in the cost of production in a lot of goods across different sectors such as mining, manufacturing, agriculture, forestry and fishing. PPI also tracks price changes for the services sector of the economy. Prices from thousands of establishments are tracked and recorded each month and it plays an important role in capturing price movements on a wholesale level before price changes show up in retail.

The PPI published by the Bureau of Labor Statistics (US) includes the measurement of approximately 10,000 individual products and product groups. Each measurement period, product group or type, begins with a base period number of 100. For example, if the production of paper in the month of August has a value of 145, it indicates that it costs the paper manufacturing industry 45% more to produce paper in August when compared to July.

Durable goods orders are an indicator of manufacturing activity. Durable goods are those that require a significant amount of investments and aren’t replaced for at least a few years. There are two types of durable goods:

The durable goods orders report is released by the U.S. government every month. The durable goods orders take into account all orders, which includes even the unfilled orders of durable goods and shipments for the preceding month. An increase in these orders is an indication of a healthy economy and a decrease is a sign of a troubled economy. Due to its volatility and its frequent revisions, it is a less reliable indicator, but nevertheless, it can provide useful insights in understanding corporate earnings in industries such as machinery, technology manufacturing, and transportation. Usually, the investors use an average of several months of data rather than using the data of a single month.

Businesses avoid investments in durable goods when they are not in a favourable economic/ financial situation and will continue to utilize their existing machines, they’ll resume their purchase only when they have renewed confidence in the economy.

Usage: Higher wages/income is accompanied by lower levels of unemployment, which is good for the economy.

Usage: An upward sloping yield curve is ideal while a flat, humped or an inverted yield curve does not bode well for the economy.

Usage: PMI value above 50 suggests an improvement, while a value below 50 suggests deterioration.

The Purchasing Managers’ Index is based on surveys of businesses in a particular sector. The index consists of various surveys of purchasing managers working in the manufacturing or the services sector. The answers to various questions in the survey are compressed into a single numerical value, the two major surveyors in this field are the Institute of Supply Management (ISM) and IHS Markit. The questions are focused on different elements like employment, factory output, new orders, and stock of purchases and the answers are usually categorized into improvement, no change and deterioration. The PMI provides insights into inventory, pricing, employment and sales.

The PMI is a diffusion index- a type of index which measures change across multiple indicators, it indicates whether the economic condition in the company surveyed has improved or deteriorated.  The formula assigns weights to each element and multiplies them by 1 (improvement), 0.5 (no change) and 0 (deteriorated).

An index value above 50 suggests an improvement, while a value below 50 suggests deterioration.

Measuring the status and the general direction of the economy is no easy task and it often baffles even the seasoned experts, nevertheless regularly following major economic indicators can offer useful insights to an entrepreneur and reduces the amount of uncertainty they face.

Incubator program vs accelerator program-which one is right for your startup?

The Weird and Wonderful World of AI

The Next Big Disruption in Banking Industry – Neobanks

5 Tips: Finding time for your side hustle