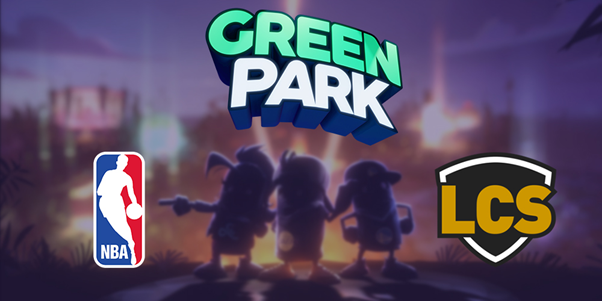 US-based company GreenPark Sports, a novel combination of sports fan experience and mobile game raised US$ 14 million in a Series A investment round and also signed a partnership with the NBA on 2 December 2020.

The funding round was led by Galaxy Interactive, a Los Angeles fund that specializes in the gaming space and is headed by Sam Englebardt. Other participants in the round include investors ADvantage, Passport Capital’s John Burbank, YouTube co-founder Steve Chen Courtney Reum, Sinclair Broadcasting and existing investors SignalFire and Sapphire Sport.

Founded in 2018 by Chad Hurley (YouTube Co-founder / former CEO), Nick Swinmurn (Zappos founder / former CEO) and Ken Martin (BLITZ Co-founder / former CCO), GreenPark Sports is a publisher and developer of fan-forward, digital experiences and mobile games for the new generation of sports and eSports fans. It provides team and individual competitions, keeps scores and gives rewards like every other traditional game out there. GreenPark Sports is free-to-play and has the opportunity to monetize through advertising, virtual goods sales and other in-app purchases.

The app’s goal is to “reinvent the role of fan”. “We’re taking all those best practices in popular games, and intersect it with the deep-rooted passion fans have for their teams and sports. At the end of the day, you could look at us as a fan-engagement platform. But we’re trying to create next-generation places for fans where they can compete against each other,” said Ken Martin, GreenPark’s CEO and co-founder.

Under its NBA deal, fans for various franchises will be able to compete in various kinds of in-game challenges to win digital versions of league jerseys, hats and other gear.

GreenPark wants to appeal to younger sports-minded casual fans who are also frequent gamers, whether at the intense levels of PC esports leagues or with far more low-key casual mobile games. The prospect of connecting particularly with those hard-to-reach younger fans led to the multiyear partnership agreement with NBA. The company had previously signed a similar agreement with the North American League of Legends Championship Series (LCS). The game is set to launch for both the NBA and LCS in early 2021

“We are always looking for innovative and engaging social gaming experiences to bring to our fans,” said Adrienne O’Keeffe, NBA Associate Vice President, Global Partnerships in a release. “We believe GreenPark has created something truly unique for NBA fans around the world and are excited to be a part of the platform at launch.”