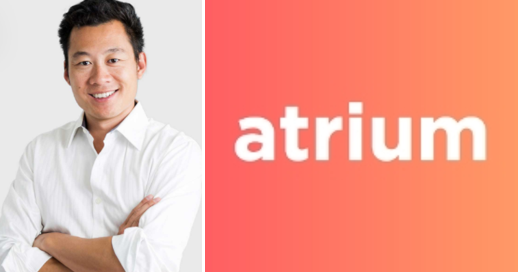 Software is King! Consumers and businesses alike are increasingly demanding smarter, feature-rich and connected devices. Manufacturers are integrating software as a key driver of competitive advantage into their products. In the 4th part of the Startup Failure Series we look at the company – Atrium Legal Technology Services Inc., founded in 2017 by Justin Kan, Augie Rakow, Bebe Chueh and Chris Smoak.

Justin Kan, the founder of Atrium is a tech entrepreneur who sold a video game business, Twitch to Amazon for nearly US$ 1 billion. He wanted to make lawyers more efficient by pairing them with software engineers. He also got a lot of attention for his foray into the legal industry.

His company built products and services to help automate legal workflows, innovate new processes within law firms and help them identify and attract new clients. Atrium also offered the service of in-house lawyers that could provide counsel and best practices in these matters. Its technology aimed to provide a better experience for legal clients than they previously thought possible, increasing communication and service speed.

Atrium was a promising law tech startup that brought AI and software automation to the legal world. Justin Kan was passionate about building a startup that will deliver more efficiency than a traditional law firm using software and AI. It looked as if the success of Atrium was guaranteed. A seasoned entrepreneur, an old industry, technology and software focused team, what else did it need? The startup also had the backing of many of the best VC firms and investors like Y Combinator, Niko Banatsos and Andreessen Horowitz.

But in March 2020, the company announced that it was shutting down. The standalone Atrium law firm will keep operating under partners Michel Narganes and Matthew Melville, but the startup developing legal software was done for. The startup failed to figure out how to deliver better efficiency than a traditional law firm. It laid off all its employees, totalling over 100.

“I’m really grateful to the customers and the team members who came along with me and our investors. It’s unfortunate that this wasn’t the outcome that we wanted but we’re thankful to everyone that came with us on the journey. We decided to call it quits and wind down the startup operations. There will be some capital returned to investors post-wind-down,” said Justin Kan in an interview.

Atrium’s software Records was a Dropbox system for keeping track of legal documents and hiring. It instantly generated employment offer letters based on details punched into a form while keeping track of signatures. It wished to prevent clients and lawyers from wasting time reading emails or missing a sign-off that could put them in legal jeopardy.

Atrium generated clients by hosting fundraising workshops for startups, where Justin Kan would share his stories about growing Twitch. Due to Justin’s leadership qualities and his success with Twitch, investors and founders were impressed by his vision. Startups saw Atrium as an ally with industry expertise that could help them avoid dirty term sheets or botched hires.

What could possibly go wrong with Atrium?

“We took a swing at something big,” posted Justin Kan on Twitter. Kan is great at technology with an impressive background. Even though he is an impressive and experienced founder, he was not a domain expert or someone who came from the world of law.

The issues of AI agents practicing law or legal activities has been a topic of concern in many countries. This is called the Unlicensed Practice of Law, where the actions that should be performed by some qualified lawyers is being done by software.

Moreover, there were complaints from Atrium customers that pointed to post-sale service that did not match the service provided by the legal industry. The first thing that went wrong for the company was that its value of service couldn’t match the quality of its service. We can say that AI has not yet reached a level where it can match human service experience at scale.

Many companies that are offering a full suite of AI-augmented services have grown considerably. But in domains such as law and medicine, the regulation and licensing may pose some issues.

A big lesson that any company wishing to combine lawyers and technology should take from Atrium is that – Beware of and push regulatory boundaries. The market of legal tech is still a developing market and also heavily regulated, which makes it harder for lawyers to hold equity in their legal tech investments and so they are in turn less incentivized to work with legal technology.

Atrium could not accept outside equity investment. The Atrium law division was loaned money from the Atrium technology division who took the US$ 75M in VC cash. Atrium, the law firm and Atrium the tech company had to operate as two separate entities due to the regulatory environment in the US.

Atrium operated at a loss. Its business model was based on being a cheaper solution for its clients than other competitors. But the fact it had a large squad of lawyers proved to be costly.

After 18 months of operational activity, Atrium was making US$ 1.5M per month, which is not enough for a big firm like that. It priced packages of its software and legal assistance under subscriptions, with momentous deals like acquisitions incurring add-on fees.

Atrium had started with in-house lawyers using software to assist them initially. With time, they were to be automated. In January 2020, Atrium began to layoff lawyers on the staff and convert them to freelancers, to become a more pure software startup with better margins. It decided to create a network of legal service providers and pay them a fraction of the amount compared to paying the legal experts full time. This pivot didn’t really work for the company. The service experience for customers was not as good.

Many of the clients left Atrium with their legal expert. And who can blame them? They would rather rely on a lawyer than a firm providing more software and less legal expertise. Moreover, many clients didn’t exactly know who their legal representatives were. The layoffs had also shaken the faith of the clients in the company as they wanted more stability. In an interview, Justin Kan said that it was tough to regain momentum coming out of that change, which some Atrium customers tell me felt chaotic and left them unsure of their legal representation.

To summarize, the software developed by Atrium failed to help it achieve rapid growth. Experienced lawyers who bill at high rates typically don’t do the type of work that can be automated. Although injecting capital into a tech business can lead to rapid growth, for a law firm to become profitable in the short term can be a challenge due to the relationship-driven nature of the business. Therefore, the founders of Atrium decided to fold the company.

A huge lesson that startups and founders should learn is that you can choose to focus either on the legal aspect or on the technology aspect. You can’t have too many irons in the fire. AI software is not an absolute remedy that can make it all efficient and create bountiful opportunities for the entrepreneur. The firms that have been the most successful in adopting technology are the established players in the market, with expertise in the field and customer relationships. After the required expertise has been gained, you look for disrupting the industry.

Read the 3rd part of the Startup Failure Series here

Incubator program vs accelerator program-which one is right for your startup?

The Weird and Wonderful World of AI

Top Innovative Vegan Startups You Need to Know About

The Space Race of the brave new world

Sectors that are likely to boom post-COVID-19 – Part 2