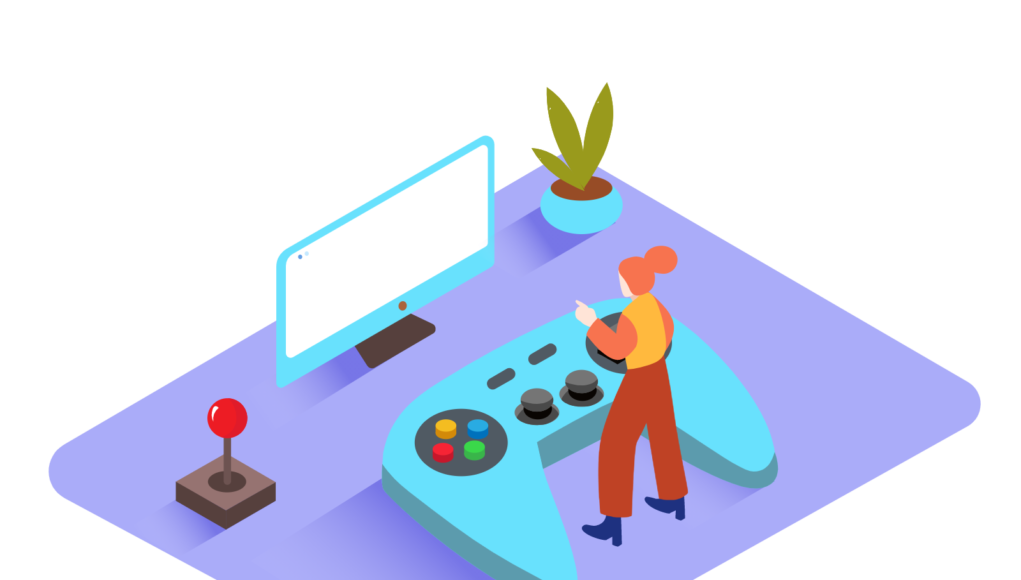 Imagine it is 2005, you are in the fifth grade – five years away from judgement day (10th board exams :p ), it’s close to midnight on a Saturday and after multiple retries you’ve successfully installed Call of Duty 2 on your Windows XP PC, ready to play it till sunrise! Did you get flashes of a similar memory from your childhood?

The year and the game may be different but what ties us together is that most of us (at least Gen X and above) remember gaming as a fond memory intricately woven with our childhood. Games, until now were largely relegated to our childhood but not anymore, the past decade has seen a steady rise of Gamification entering into different aspects of our adult lives and this trend is set to accelerate further.

According to Aeon gamification can be defined as the application of game elements into non-game spaces. It is based on the premise that if mundane tasks are overlaid with game-like elements such as rules and rewards it can potentially make the task more enjoyable and motivate the employees to do more. Gamification can be broken down into the following components:

1. Goals: They are crucial to a game and give a sense of purpose to the users. Achieving the goals make the users feel accomplished.

2. Rules: Imposing restrictions in the form of rules brings out the creativity of the users and adds to their enjoyment.

3. Feedback: Regular and clear feedback on the user’s progress helps them know how much they’ve accomplished and how many more levels remain. Feedback can be in the form of progress bars or levels.

4. Rewards: These are items given to the user for the effort and time they’ve put into the game. They can be in the form of virtual coins, badges, diamonds, treasure chests or even stickers.

The inflection point of the gamification movement can be traced back to 2010 when the rising popularity of the agriculture-simulation social network game FarmVille caught the attention of consultants and marketing executives as it had successfully managed to solve the dual problem of user retention and engagement. Industry professionals quickly set out to understand and apply different elements of the game such as points, scoreboards and badges to other scenarios and soon gamification attained widespread adoption.

From real-life battlefields to ice-cream parlours gamification has penetrated every industry. Drone warfare has been gamified with its Playstation like joysticks which are used to control the drones and the usage of gaming terms such as jackpot which refers to high-value targets. American ice-cream parlour chain Cold Stone Creamery encourages its workers to play the Stone City game, which teaches them to scoop the perfect ice-creams by calculating how large a worker’s scoops are when compared to the optimal size.  Target-the American retail giant gamified its stores with the help of the Checkout Game wherein the checkout clerks were tracked and scored on their speed and their POS computers displayed their live scores.

“At the top of the list of people and beings I least want to disappoint are my parents, followed by the Duolingo owl. His name is Duo, and if I happen to skip a week of Japanese lessons, he appears in my inbox, crying in a pool of tears and begging for me to come back to the app.”

An excerpt from an article on The Verge detailing the latest redesign of Duo.

Duolingo is the epitome of gamification. The $2.4 billion US-based language learning app has over 500 million total app downloads and has successfully employed gamification techniques to increase user engagement and retention. Duolingo currently offers 30+ languages and uses short bursts of information that are reinforced through quizzes and games. The app’s mascot – Duo, an adorable green owl is universally loved by the app’s user base.

Duo has become a cultural icon with the rising popularity of memes (Google “Evil Duolingo”, have fun!) centred on its frequent push notifications and emails that the app sends to encourage users to continue learning the language. Duolingo employs multiple gamification elements in its app, such as heart bars, streak counts, the cute mascot which users get attached to, experience points, cartoonish UI and creative emails.

Robinhood valued at $11.2 billion, is a California based commission-free stock trading app. The app which has fueled the rise of day trading is the brainchild of Stanford grads – Mr.Tenev and Baiju Bhatt who named their startup after the heroic outlaw from English folklore known for stealing from the rich and giving it to the poor.

The app’s elimination of trading fees is one of the main reasons for its popularity while its competitors had been charging around $10 per trade. Robinhood started out by offering stock trading but now offers trading in ETFs, options and cryptocurrencies. The app has a simplified UI which makes trading easier, the home screen has a list of trending stocks which can be traded with a single click, it has gamified the experience by giving new members a free share of a stock when they scratch a series of images that resemble a lottery ticket, emoji-filled push notifications and falling confetti designed to nudge the user to trade more.

In the first quarter of 2020, Robinhood users traded 40 times as many shares as its competitor- Charles Schwab per dollar in the average customer account in the most recent quarter, the users reportedly traded 88 times as many risky options as Charles Schwab’s users, relative to the average account size, according to an article in the New York Times.

Robinhood got $18,955 from the trading firms for every dollar in the average customer account, while TD Ameritrade made less than a tenth of that.

China’s Social Credit System, set to be launched by the end this year, is a national ranking system for its citizens, companies and government entities. Each citizen is initially allotted a thousand points and points can be earned by praising the Chinese government on social media, donating blood or money and indulging in charity work whereas points can be lost by not visiting one’s ageing parents, spreading rumours on the internet or by cheating in online games. Positive behaviour is rewarded with tax breaks, easier access to bank loans, fast-tracked work promotions while anti-social behaviour is met with restricted access to public services, exclusion from booking train/flight tickets or public shaming.

The Social Credit System draws its data from several sources such as the National Development and Reform Commission, Ministry of Industry and Information Technology, Ministry of Agriculture, Ministry of Finance, Ministry of Transport and the People’s Bank of China to name a few. The country’s extensive network of 300 million+ CCTVs, AI-powered smart glasses worn by police officers and drones are also used to collect data. This has potential repercussions on how businesses are perceived in the future, with companies which have better scores getting easier access to credit and tax breaks.

If you save the drowning child, motivated by empathy, sympathy or goodwill – that’s a morally good act. But say you gamify the situation. Say you earn points for saving drowning children. Your gamified act is ethically unworthy.

While gamifying does have its benefits, it also comes with a lot of unintended consequences. The US drone program uses terms such as ‘bugs-platter’ to define unintended casualties caused while killing a high-value target, this coupled with a game like setup of drone warfare, dehumanizes the process. Robinhood has come under increasing scrutiny for not having sufficient guardrails for trading highly risky securities and making stock trading seem like a game after a teenager from Nebraska, USA took his own life upon finding out that his account had a negative balance of $7,30,000.

A gamified workplace need not necessarily lead to more enjoyable work or a more motivated workforce it could also inadvertently put the worker in a constant state of stress as he obsessively watches the scoreboard to compare his performance with that of his peers, it also robs the worker of any meaningful experiences at work. Therefore gamification can be employed keeping in mind the welfare of the worker and the user.

GreenPark Sports Raises US$ 14M – partners up with NBA

GreenPark Sports Raises US$ 14M – partners up with NBA