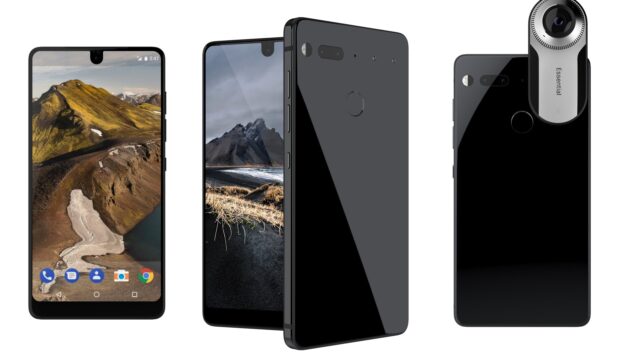 How can a company loaded with money and some of the best talents fail? Let’s find out by looking at the case study of Essential Products – a mobile and home devices company focused on creating consumer technology products for the 21st century.

Essential Products was co-founded by Andy Rubin and Matt Hershenson. Andy Rubin is the founder and former CEO of Playground Global, a venture capital firm as well as the co-founder and former CEO of both Danger Inc. and Android Inc. He was nicknamed “Android” by his co-workers at Apple due to his love of robots. The nickname eventually became the official name of the Android operating system. Matthew J. Hershenson is the co-founder and managing director at Playground Global. He also had a job at Google, working on the Android team alongside Andy Rubin.

How come a company founded by two tech specialists only sells 5,000 units of its first phone?

Essential was founded in 2015 after Andy Rubin left Google. The Essential Phone was first detailed in mid-2017, along with a smart hub called the Essential Home. Though, the latter product never materialized.

Rubin started Playground Global, an incubator for technology products, in late 2015. Playground Global immediately raised US$ 300 million. Former employees at Google, HTC, Apple and beyond joined Rubin. The thought that instead of working at well-established companies joining Essential’s mission would be more rewarding. They saw Essential as a successful company that would be viewed on the same level as Android by creating an all-inclusive ecosystem.

Essential initially drew a lot of hype and investors including Amazon and Tencent. Rubin planned on making his own phone. Essential’s mission was to create a phone that played well with everything, i.e. it would be compatible with everything. They relied on Android, the same platform Rubin helped create more than a decade ago. Essential sought to figure out a way to make a phone based on one platform that worked with every platform. Looking at the pool of talented engineers assembled at Essential, nobody was concerned that it could be a difficult task.

Launching of the first product

Essential released a premium smartphone in 2017.

As the company approached the launch, little was known about Essential. Inside sources and one official teaser provided a few pieces of information. According to Rubin, the solution to the immense competition was to make a phone that focused on premium craftsmanship that embraced multiple ecosystems. Many were excited about it as the “father of Android” was finally back and ready to put the long-time players behind.

When the phone was finally launched, it was praised by critics for its unique design.

Some of its positives were:

·   Its durable titanium and ceramic body.

But Andy Rubin could not reveal how the software would make the Essential Phone stand out. After all, Essential was believed to have invested millions of dollars in artificial intelligence. Essential also mishandled personal information by accidentally sending an email requesting a copy of customers’ driver’s licenses. This led to some of the customer’s personal information ending up with other customers.

Priced at US$ 699 Essential Phone was considered an ambitious device. It has a unique way to connect modular accessories, starting with a 360-degree camera. And it also has a dual camera system meant to compete with other flagship devices without adding any thickness to the phone.

Some of the negatives about the phone were:

·       Its LCD instead of OLED, which means the Essential Phone didn’t work well with VR headsets.

Why was Essential Doomed?

After a few interviews given by Andy Rubin, it was concluded that he was out of touch with reality. Essential’s employees started doubting their product and the public had been skeptical for months. This was due to the false narrative set by Andy Rubin.

Most of the time he would jump around the questions asked in interviews, not giving any direct answer. He also came across as pompous, frustrated that people weren’t understanding his vision.

Essential had to gain visibility, yet it decided to sign an exclusive agreement with one carrier rather than being offered by all four major U.S. carriers. Rubin leveraged his relationship with Masayoshi Son, the head of SoftBank. He decided to make Sprint the only carrier selling the Essential Phone, knowing that Essential was a new brand and Sprint isn’t the biggest carrier. There was low employee morale, as the employees themselves didn’t know what was going on in Rubin’s mind.

Essential itself didn’t know what was going on and that falls on one person: Andy Rubin. He relied far too much on his name and his place in history to sell the Essential Phone, and even that didn’t lead to much as only a few thousand units of the phone were sold. Rubin failed to understand the state of the mobile industry. Essential did not understand how to mass-produce a phone, distribute it effectively around the world or run big-budget advertising campaigns. It seemed as if the company was only backed by its founder’s past.

In February 2020, Essential Phone announced that it was shutting down, due to Essential having “no clear path to deliver” its next smartphone to customers.

In August 2019, Essential had shown off a new kind of phone, the Radical GEM smartphone. The company wanted to “invent a mobile computing paradigm that more seamlessly integrated with people’s lifestyle needs.” It had a glass unibody with colour-shift coating and edge-to-edge OLED. Essential posted a series of four videos showing email, calendar, mapping, Instagram and Spotify apps all optimized for the very tall and narrow form of the phone.

As Essential started working on the much quirkier Project GEM, hoping to strike a chord with consumers, it was never entirely clear what and whom Project GEM would be good for. Essential also lacked the money and interest from investors to get it to the market, and finally, it had to shut down. 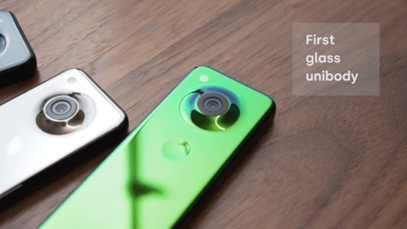 “Despite our best efforts, we’ve now taken Gem as far as we can and regrettably have no clear path to deliver it to customers. Given this, we have made the difficult decision to cease operations and shutdown Essential.”

Essential wanted to stand out. The phone had a premium build quality, backing of Android’s creator, and a unique nearly all-screen design with a cut-out camera notch that hadn’t been seen before. But at some point, it seemed to have a lot going for it. Sometimes, simplicity is key. If you will wish to do everything at once, without a proper vision, your brand might crumble down. The same happened with Essential.

Essential phone’s design became a standard fare with the release of iPhone X just months later and other China-based competitors. Moreover, it was a Sprint exclusive in the US, thus confining it to the smallest nationwide carrier. Its Project GEM, which didn’t see the light of the day, was merely a product without a target market. People could not understand why they would need a phone like that when there are so many better phones out there with the same features.

The main focus of any company should be to win over its customers, which Essential, essentially struggled to do. Also relying too much on personal value rather than brand value does no good. Even though Andy Rubin believed in himself and his product, customers could not. If people can’t trust your brand, they will not trust you.

Komal Pattanayak - October 14, 2020
Artificial Intelligence
London based Edgify, which builds AI for edge computing, has secured US$ 6.5M in its seed funding round on 13 October 2020.