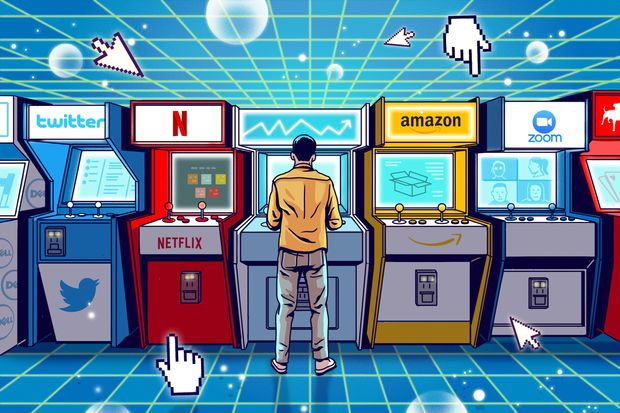 The impact of the COVID-19 pandemic has shaken the entire world and is here to stay for some time. Its impact has not just been physical, but also psychological.

While containing the spread of the virus is the primary concern, the consequential calamities would haunt us long after eradicating it. The new normal might remain this way for longer than we can imagine. It will be difficult to correct the disruptions in several industries and the high level of unemployment across the world.

Most devastating aftershocks would be felt within the startup and MSME ecosystems that rely upon the constant flow of capital and investments. Some industries such as travel and aviation, retail, and hospitality have already taken the worst hit, whereas some other niche sectors have not just managed to stay afloat but are also witnessing high growth. This is due to the behavioural change in consumers and the norms set by govts.

For some sectors, the new normal would result in a plethora of opportunities. A whole new market that was untouched before is now up for grabs. Therefore, some startups are already working to tap this new market.

Let’s take a look at some of the sectors that are most likely to boom post-COVID-19 pandemic:

With schools shut, parents had to become teachers overnight for their kids. Since the onset of the pandemic, the EdTech industry became the savior of numerous parents, students and teachers. With interactive and innovative methods of teaching, children are getting a new learning experience.

The demand for skills and knowledge-based online courses has also soared among college students and salaried professionals. They are taking advantage of the extra time saved in commuting to learn different courses from websites like Coursera, Udemy etc.

With so many restrictions put in place, it is possible that the traditional classroom will be altered post-pandemic and e-learning will continue to take precedence even with schools reopened.

Some of the global EdTech unicorns are –

BYJU’S is a highly valuable ed-tech company and the creator of India’s most loved school learning app which offers highly adaptive, engaging, and effective learning programs for students in classes 1 -12 and competitive exams like JEE, NEET, CAT and IAS.

The app claims that it has over 42 million registered students, with an average time of 71 minutes being spent by a student on the app every day from 1700+ cities. The Disney, BYJU’S Early Learn App was launched in June 2019, a special offering from BYJU’S for students in classes 1-3 featuring Disney’s timeliness characters.

Yuanfudao provides live courses and tutoring through an online platform. It is the largest online live course platform servicing primary and secondary school students in China. With a paying user base of over 1 million, Yuanfudao offers a comprehensive curriculum spanning from primary school English, Mathematical Olympiad to all-subject courses in secondary school. On October 23red, the company had raised US$ 2.2B funding.

Zuoyebang is an online education startup that provides tutoring services for primary and secondary students. Zuoyebang is currently cooperating with 113 educational organizations and 370,000 primary schools and high schools in China. It started as a phase of Q&A website Baidu Zhidao, a platform where scholars can seek answers to study-related problems, and also supply methods to peers who are trying to find assistance. It has raised US$ 1.3B in funding till now.

As people are remaining indoors and maintain social distancing from others, online gaming has become an important pastime to keep ourselves occupied. In 2017, the gaming market was worth $78 billion and it’s projected to hit $90 billion in 2020. The pandemic has offered a boost to the gaming industry. Several new trends such as AR and VR, gaming that is all about the experience are on the rise.  Video game sales are increasing because of the pandemic and it will be difficult for gamers to shake the habit once the world returns to its pre-COVID-19 state. Games like Pub-G, Among Us have become extremely popular. Also, with the new PS-5 launch, youngsters have become completely hooked to the gaming world.

Some of the most successful gaming companies are –

It is a subsidiary of tech giant Sony, which was built around the highly successful PlayStation video game console. It was founded in Tokyo on November 16, 1993, to handle Sony’s video game development for the PlayStation systems. Sony Computer Entertainment engages in the research and development of hardware and software related to PlayStation platforms. It is one of the most successful video game companies in the world, with a reported US$ 20.8 billion in revenue for the 2018 fiscal year.

Nintendo is a Japanese multinational consumer electronics company that develops game consoles. Nintendo is credited with the conception of handheld video games in 1979. It is by far one of the oldest companies in the gaming sector. Nintendo has formed 130 years ago as Nintendo Karuta Co. Its purpose was to create hand-illustrated Hanafuda, which are Japanese playing cards with pictures rather than numbers and suits. Some of the notable video games by this company are Mario, Pokémon and The Legend of Zelda.

Electronic Arts, abbreviated as EA, is one of the oldest software companies that has remained a successful business. It was originally founded in 1982, and it is best known for its sports representation in its yearly games like NFL, NBA, and FIFA.

EA also owns Swedish games company DICE, which created the Battlefield and Star Wars Battlefront series of first-person shooters. It is the sole distributor of Star Wars games following a deal with Disney. In 2018 EA had a record-breaking US$ 5.1 billion in revenue.

As people are spending most of their time indoors, they are constantly searching for quality content to consume. People are moving away from cable TV to OTT platforms like Netflix, Amazon, Hotstar, etc. The pandemic has paved the way for the online streaming entertainment industry to achieve inexplicable growth.

With movie theatres, operas, concerts and other avenues of entertainment closed, big superstars of the entertainment industry have shifted to online platforms. Their heightened demand signifies that they are prospering and the road ahead for these sectors is promising.

Some of the top OTT platforms are:

Netflix has gradually turned into a US$ 15.8 billion giant. Being the first-ever platform to tap the potential of the OTT service way back in 2007, it has over 150 million subscribers all over the world today. More than 37 percent of the global internet users watch Netflix for their entertainment.

Netflix offers a wide range of content from different locales with subtitles for easy accessibility. It offers some of the most popular TV shows from all over the world including Suits, Sherlock, Breaking Bad, House of Cards, Lucifer, Stranger Things, etc. Its subscription plans are US$ 8.99 for the basic plan (monthly), US$ 12.99 for the standard plan (monthly) and US$ 15.99 for the premium plan (monthly).

It also has an ever-growing list of original content that is dubbed in a number of languages. The subscription module of Prime is less than that of Netflix, besides giving an added-on advantage of faster delivery and exclusive access to offers on its wide range of products.

Prime Video also offers a great collection of movies in regional languages and has produced a number of original web series. It offers viewing options of 4K and HDR streaming along with monitored downloads for offline watching. Pricing plans for Amazon Prime are USD$ 12.99 for the monthly plan and US$ 119 for the annual plan.

The role of med-tech in cushioning the impact of the devastation caused by the pandemic, cannot be stressed enough. From infra-red thermometers to lifesaving ventilators, med-tech has aided the medicine industry at every step.

Technological solutions have helped doctors, researchers and healthcare institutes to manage the overwhelming amount of paperwork and documentation efficiently. Virtual consultation has saved the time of both patients and doctors while following the social distancing norms.

It is no surprise that the MedTech industry has observed a surge in business. Systems such as NowGP in Europe and Teladoc Health in the US are seeing a rise in users on their platforms. Remote diagnosis and treatment service Zipnosis reported a staggering 3,600% increase in its usage as a result of coronavirus. Expansion of such services is likely to become a global trend as public awareness of disease transmission may discourage people to get to hospitals if not extremely necessary.

Some of the top Medtech companies are:

Medtronic PLC is a medical device company that has been at the top of the industry for nearly three decades. It is the leader in several sectors of the medical device industry. They have four main areas of focus with the medical devices that they develop, which include, Restorative Therapies, Cardiac and vascular, minimally invasive therapies and Diabetes.

Towards the end of 2018, they acquired Mazer Robotics, which is a top orthopedic device manufacturer.  Medtronic develops and manufactures devices and therapies to treat more than 30 chronic diseases that include heart failure, Parkinson’s disease, urinary incontinence, Down syndrome, obesity, chronic pain, spinal disorders, and diabetes.

Cardinal Health, Inc. is among the largest medical device companies in the world and has a spot on the Fortune Global 500. With a global presence with headquarters in both Dublin, OH, and Dublin, Ireland, Cardinal Health is the largest manufacturer of surgical products and medical devices. It provides supplies to more than 75 percent of the hospitals in the U.S.

The 4 sectors and industries stated above are only a few of the sectors from the list that would continue to shine even in the cloudiest of weather. To know about the other sectors stay tuned for Part 2.

Komal Pattanayak - December 5, 2020
Breaking News
French startup Pigment, a SaaS business forecasting platform, has raised €24 million in Series A funding round on 3rd December 2020. The funding round was...

Whole-brain emulation: The Prospect of Immortality