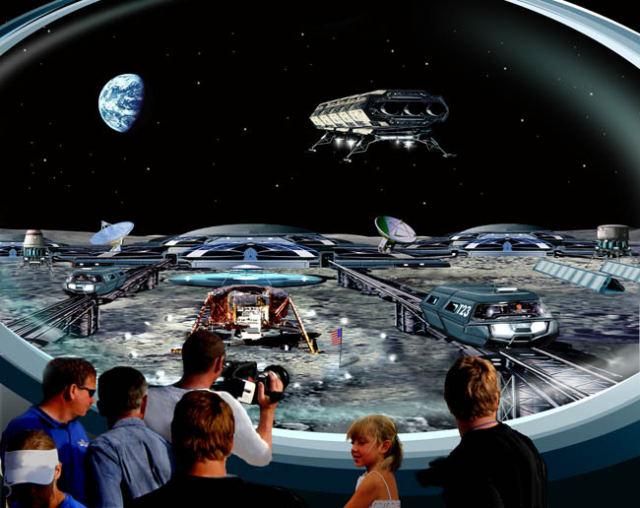 The competition amongst private spaceflight companies to send paying tourists into space has led to a new space race. What had started between the USA and Russia with a beep from the Sputnik satellite exactly 63 years ago (4 October 1957) had ended with a handshake in space just 18 years later. Nations have shifted from competition to codependency when it comes to space. But the space environment is no longer at the discretion of government agencies only.

As published by the Space Foundation, in its Space Report 2019, the global ‘space economy’ in 2018 was US$ 414.75 billion, from US$ 383.51 billion in 2017. Numerous private companies have entered the space exploration domain. They are driving the space sector forward more vigorously with sky-high ambitions than would have been the case if left to governments alone.

In today’s space race private companies are not only competing with each other but also against government organizations. The goal of the entrepreneurial spaceflight companies of shooting the first space tourist into the void might soon turn into a reality. But is it worth it?

The difference between building and launching satellites into the low Earth orbit and sending crew and cargo to the International Space Station and beyond cannot be ignored. The satellite market has many private companies that are contributing immensely to the development of non-governmental space exploration. Now entrepreneurs can dare to dream about their pathway to space.

Rich enthusiasts are lining up with wallets out to be among the first spacemen and spacewomen. But can we say for sure that commercial space flight will ultimately be a moneymaker, considering the growing number of competitors that are emerging in the market? What will be the demand for space vacations after the initial enthusiasm wears off?

On May 31, SpaceX made history when they launched the SpaceX spacecraft carrying two NASA astronauts to the International Space Station. With this milestone, private participation in space exploration is set to soar. But the fact that many potential problems can pose a problem in the road to space, for example, an accident above the earth could rapidly dampen demand quickly. This could lead to investors pulling away funding. Venture capital money could start drying up if space flights are not launching quickly enough. But, for the optimistic ones, the case might be different, as every astronaut who’s been in space describes how, in essence, their whole view of what it means to be on Earth and to be a person changes when you see the Earth from that perspective.

In the end, the question remains – Can entrepreneurs make a buck in space race?

Let us look at a few spaceflight companies eying for the future of human space tourism:

Mission – “You want to wake up in the morning and think the future is going to be great – and that’s what being a spacefaring civilization is all about. It’s about believing in the future and thinking that the future will be better than the past. And I can’t think of anything more exciting than going out there and being among the stars.” – Elon Musk.

SpaceX believes a fully and rapidly reusable rocket is the pivotal breakthrough needed to substantially reduce the cost of space access. The majority of the launch cost comes from building the rocket, which historically has flown only once.

Mission – “Blue’s vision is a future where millions of people are living and working in space. In order to preserve Earth, our home, for our grandchildren’s grandchildren, we must go to space to tap its unlimited resources and energy. If we can lower the cost of access to space with reusable launch vehicles, we can all enable this dynamic future for humanity.”

The company’s orbital vehicle New Glenn, that is under development, will take people to Earth orbits and beyond. NASA has selected a Blue Origin team including Lockheed Martin, Northrop Grumman and Draper to develop the Artemis Human Landing System for the lunar surface.

Mission – “Virgin Galactic recognizes that the answers to many of the challenges we face in sustaining life on our beautiful but fragile planet lie in making better use of space. Sending people to space has not only expanded our understanding of science, but taught us amazing things about human ingenuity, physiology and psychology. From space, we are able to look with a new perspective both outward and back. The borders that are fought over on Earth are arbitrary lines. From space, it is clear that there is much more that unites than divides us. We are at the vanguard of a new industry determined to pioneer twenty-first-century spacecraft, which will open space to everybody and change the world for good.”

Sir Richard Branson floated the company to fly tourists into space. It had set a target of 2009 but failed. In 2014, Virgin Galactic’s spacecraft crashed. In 2018, its reusable SpaceShipTwo, built in coordination with Scaled Composites, reached nearly 90 km above the surface of Earth. The company has earned US$ 200,000 in deposits from 680 aspiring space tourists.

Roscosmos, Роскосмос, is the Russian Space Agency. In partnership with NASA, Roscosmos helps train and launch all astronauts to the International Space Station. They have also permitted Space Adventures to purchase seats aboard their Soyuz rockets for space tourists who pay to visit the ISS. The last space tourist went in 2009; nobody has been to the ISS since.

Zero2Infinity is a Spanish aerospace company that made a big splash when they announced their plans to send tourists to space. They became one of the first companies to propose a feasible plan for space tourism with balloons.

Passengers will board a ‘Bloon,’ a capsule capable of carrying four passengers and two crew up to the edge of space. You’ll then be lifted by a helium balloon up to roughly 118,000 feet. You’ll see the edge of the earth and the fine line of the atmosphere before slowly descending back to earth by parachute. They don’t have public pricing on their website, but the total flight time will be roughly four hours.

The future of space exploration also depends on how much risk-averse the companies will want to be, or if the private sector is going to operate more high-risk adventure activities. These are some questions whose answers will soon be unraveled. Whatever the case be, as space exploration enters a new era of innovation and change. The day is not far when humans will actually be able to reach the stars.

Komal Pattanayak - November 3, 2020
Breaking News
Tallinn-based Estonian startup Warren has closed a seed round of around USD 1.4M on 2nd November 2020. The seed...