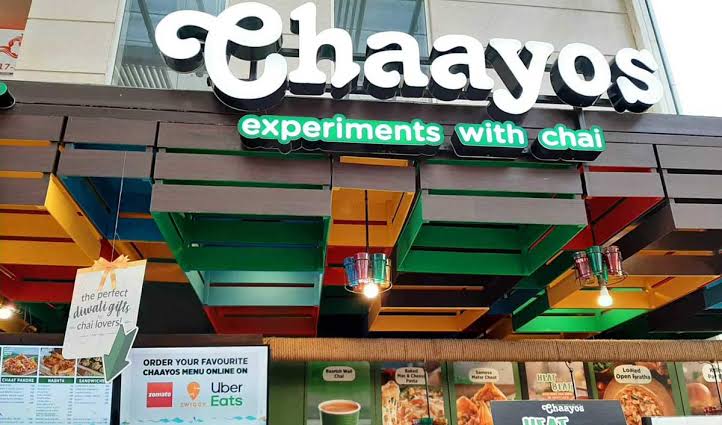 Chaayos, a Delhi based tea café startup has raised US$12 million in series B funding led by a clutch of venture capital firms including SAIF Partners, Singapore-based investment firm Pactolus and Hong Kong-Integrated Capital.

The funds raised will be utilized to further develop its offline presence in the geographies it is currently present in as the company charts a concentrated model to keep its customers cohorts intact.

The company was founded by IIT alumni Raghav Verma and Nitin Saluja in the year 2012. It enables customers to find their own cup of tea. It serves more than 25 varieties of tea with 12 add-ons, giving its customers 12,000 ways of making their own chai.

CEO of Chaayos, Nitin Saluja said, “Our customer repeat rate across our stores has been 42% month on month and the only way to keep that growing is through a cluster approach within the cities we are currently present in. We will look at significantly increasing our store count over the next year to keep up with our revenue growth which has been doubling each year for the past five years.”

The tea startup professes to turn each store profitable within 3-6 months of launch, empowering better command over unit economics. It rounds up 80% of its revenue from stores alone, an extensive offline presence will enable the startup to work on the predominance of coffee chains, for example, Café Coffee Day and Starbucks across the country.
The offline expansion is relied upon to help Chaayos twofold its month-on-month incomes, as it eyes income of US$ 10 million throughout the following two years.

The startup has in excess of 52 stores across Chandigarh, Delhi, Mumbai, Noida, Gurgaon and Ghaziabad. It added 25 stores in the most recent year alone.
Chaayos last brought US$5 million in series A led by Tiger Global Management in May 2015.

Other players competing with Chaayos in the tea segment include Chaipatty, Saama Capital-backed Chai Point and Chai Thela, among others.

Earlier this year in April, Chai Point had secured US$ 20 million in series C round from Paragon Partners, along with participation from Eight Road Ventures, DSG Consumer Partners and Saama Capital.

Everything You Need to Know About Ghost Kitchens

Raghavendra Kudva - April 12, 2021
Breaking News
Moray Medical, a California (United States) based startup that seeks to improve the lives of people suffering from heart problems through its innovative technology,...

Nimble Growth Organics secures an undisclosed amount in seed round

Nimble Growth Organics secures an undisclosed amount in seed round

Germany based startup Air up raises over Euro 40 million in...