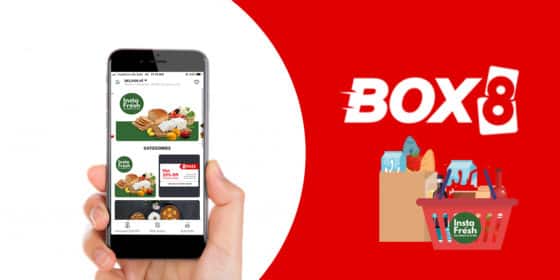 Poncho Hospitality Pvt. Ltd., which operates full-stack Foodtech platform Box8, has raised nearly US$ 3.9 million as part of its ongoing Series C funding round. While its core business has taken a downturn due to the Coronavirus crisis, the company recently launched “InstaFresh” on its platform offering delivery of grocery essentials.

To beef up it’s new offering, the company has raised funds by allotting equity shares and debentures to IIFL Seed Ventures Fund and Mayfield. It issued 8,474 compulsory convertible debentures worth INR 23,599.46 per unit to Mumbai based IIFL Seed Ventures fund while US based venture capital firm Mayfield has picked up 4,237 series C3 compulsory convertible preference shares at the same price, according to the regulatory filings.

Box8 previously secured US$ 7.5 Million in series B round from the same investors (IIFL Seed Ventures & Mayfield) in October, 2016. Prior to this, it also raised US$ 3.5 Million in series A round from Mayfield in 2015. Other participants in the company include Ganesh Venture Funds, Indian Angel Network and Venture Debt provider Trifecta Capital.

The Bengaluru-based start-up founded by Amit Raj and Anshul Gupta in 2012, deals in delivery and food Technology. It serves its customers with a variety of cuisines, including Continental and Indian dishes. However, the lockdown pushed the company to enter into grocery and essentials delivery segment. It is now amongst 3 dozen companies which enabled grocery and essentials ordering on their platform. The other companies include JioMart, ShopClues, BharatPe, DealShare and many others.

Even the big food giant Zomato has launched Zomato Market to mark its entry in the grocery segment and compete holistically with its arch-rival Swiggy. Interestingly, Meesho also entered into the same segment to support their reseller network during the pandemic which puts their core business to a grinding halt.